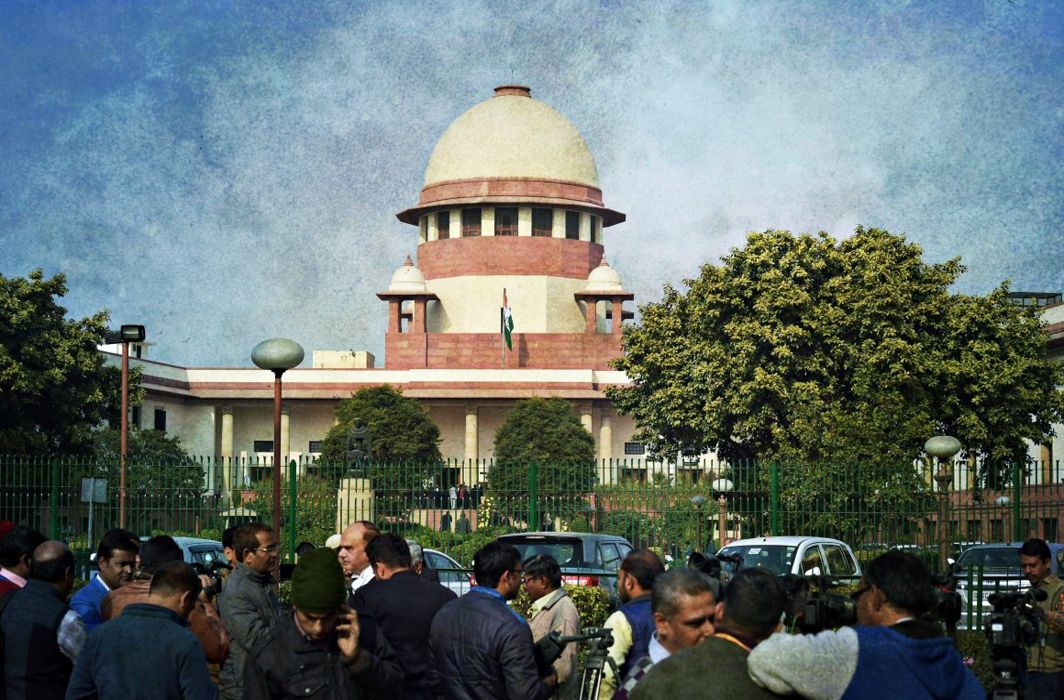 Striking down bail granted by the Bombay High Court to three men accused of murdering a Muslim youth, the Supreme Court has said that “the fact that the deceased belonged to a certain community cannot be a justification for any assault, much less a murder.”

The observation by a bench of Justices SA Bobde and L Nageswara Rao came in response to the Bombay High Court order which had stated that “the only fault of the deceased was that he belonged to another religion” but apparently justified the decision of granting bail to the accused by holding that “the fact that the deceased belonged to another religion is in favour of the accused.”

Taking exception to the Bombay High Court’s order, the Supreme Court bench of Justices Bobde and Rao said that the bail ruling can “on a fair reading, be understood or misunderstood almost as a mitigating circumstance or a kind of a justification for the murder and it is obvious that the fact that the deceased belonged to a certain community cannot be a justification for any assault much less a murder.”

The top court observed that every court has to be mindful of the pluralistic character of the Indian society.

“While it may be possible to understand a reference to the community of the parties involved in an assault, it is difficult to understand why it was said that ‘the fault of the deceased was only that he belonged to another religion’ and further ‘I (the Bombay High Court Judge who granted bail to the three accused) consider this factor in favour of the applicants/accused,” the bench said while quashing the bail order.

“We have no doubt that a Court fully conscious of the plural composition of the Country while called upon to deal with rights of various communities, cannot make such observations which may appear to be coloured with a bias for or against a community,” the bench added in its order passed on February 8.

The murder case dates back to June 2014 when a meeting of the right wing outfit Hindu Rashtra Sena (HRS) was conducted at Hadapsar in Maharashtra’s Pune district on account of the alleged defiling of a statue of Shivaji Maharaj. About 30 minutes after this meeting, Ranjeet Shankar Yadav, Ajay Dilip Lalge and Vijay Rajendran Gambhire — all members of the Hindu Rashtra Sena – saw Shaikh Mohsin proceeding for dinner with his friend Riyaz. Mohsin was reportedly wearing a pastel green colour shirt and sported a beard – apparent indications to Yadav, Lalge and Gambhire of Mohsin being a Muslim.

According to the prosecution, Yadav, Lalge and Gambhire approached Mohsin and began assaulting him with hockey sticks, bats and stones. Mohsin later succumbed to his injuries.

During trial in the murder case, the Sessions Court in Pune had rejected the bail applications moved by Yadav, Lalge and Gambhire and observed that 23 persons in all (including two juveniles in conflict with law) appeared to have assaulted Mohsin. “Mohsin was assaulted because he looked like a Muslim and that the deceased prima facie had no concern with disgracing (sic) Shivaji Maharaj,” the Sessions Court in Pune had said while concluding that Yadav, Lalge and Gambhire were present in the HRS meeting “in which a conspiracy to kill the members of a certain community was hatched.”

The three accused had then moved the Bombay High Court seeking bail. The Supreme Court said that the Bombay High Court’s single judge bench (of Justice Mridula Bhatkar) had “in a cryptic order directed the release of the accused mainly for the following reason: ‘The meeting was held half an (sic)prior to the incident of assault. The applicants/accused otherwise had no other motive such as any personal enmity against the innocent deceased Mohsin. The fault of the deceased was only that he belonged to another religion. I consider this factor in favour of the applicants/accused. Moreover, the applicants/accused do not have criminal record and it appears that in the name of the religion, they were provoked and have committed the murder.”

Quashing the Bombay High Court’s order, the apex court ruled that the accused – Lalge and Gambhire – “shall be taken into custody, if they do not surrender within a period of one week from today (February 8).” Yadav, the third accused, has already been taken into custody.