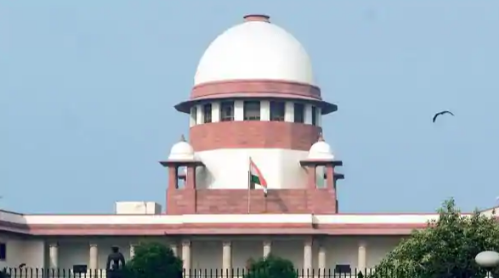 The Supreme Court has adjourned to January the appeal by a number of Roshni Act beneficiaries as authorised occupants and leaseholders of Nazool land claiming that they were not even heard by the Jammu and Kashmir High Court as it passed the directions.

The Court has asked the High Court to decide the pending review petition by December 21, and observed that the Supreme Court cannot do much until and unless the petition is decided by the Court.

The special leave plea was filed against judgment of the Jammu and Kashmir High Court dated October 9, 2020 holding that the Jammu and Kashmir State Land (Vesting of Ownership to the Occupants) Act, 2001 or the Roshni Act is unconstitutional and “Roshni Rules, 2007” are ultra vires. Therefore, all action taken pursuant to Roshni Rules, 2007 was held to be completely illegal and void ab initio.

The High Court had also issued a direction for the matter to be further investigated by the Central Bureau of Investigation. Through the present plea, the petitioner is only impugning the part of the judgment which strikes down the benefits granted to him under the enactment and scheme in question and not impugning the directions passed by the High Court for an inquiry by the CBI into any alleged illegalities.

According to the petitioner, he is one of the affected parties, but neither impleaded nor heard before High Court, before the question of ownership of the land was decided against the petitioner, in his absence. He has requested the Supreme Court to consider if:

• The High Court could have set aside the orders, actions or processes or ownership against persons having ownership of the land, in their absence that too in a PIL proceeding, and who were not impleaded as a party and were not encroachers having validly executed lease rights under The Jammu & Kashmir Land Grants Act, 1960.

• If the mere abuse or possibility of abuse of a statutory provision or rules would render the statute (Roshni Act, 2001 and Roshni Rules 2007) invalid or unconstitutional.

• Whether the failure to place the Roshni Rules 2007 before the Legislature, is mandatory in nature, non-compliance of which would render all actions taken pursuant to be invalid.

The petitioner also contended that he is a land owner, whose title cannot be equated to that of an encroacher since the petitioner’s right arose out of the land rights he enjoyed, as a valid lease holder under the Jammu and Kashmir Land Grants Act, 1960 and also under the Roshni Act 2001 and Roshni Rules 2007.