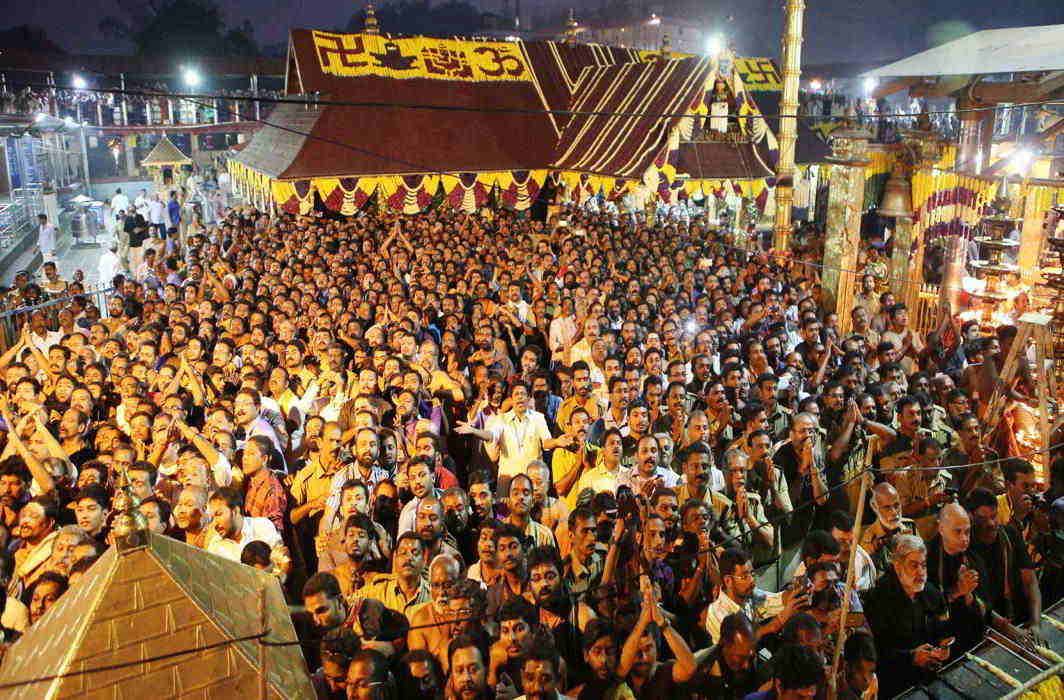 Following furious protests, mainly from the BJP and even sections of the Congress party, the Chief Electoral officer of Kerala has said that there was no ban on political parties using Sabarimala as a poll issue as the matter was “social issue” and not a religious one alone.

“The entry of women into temples is a social issue and there is no bar on it from being discussed and debated during the campaign the CEO, Kerala Teeka Ram Meena was quoted in sections of the media. “I have only said that parties should not use the issue of a church or temple or mosque to solicit votes”. He added.

Meena had on Monday said that “citing or invoking” religious propaganda on the “Sabarimala issue” would be a clear violation of the model code of conduct.

“Citing or invoking or doing something of religious propaganda on the Sabarimala issue by invoking the name of Sabari God, etc., will be a clear violation of the model code of conduct,” Meena said.

He added that the Sabarimala issue was a controversial matter as far as Kerala was concerned and political parties “need to draw a line to what extent they have to use it”.

But it brought a strong rebuke from the BJP whose former state president Kummanam Rajashekharan, who resigned two days ago as Mizoram governor and is the likely BJP candidate from Thiruvananthapuram,  hitting out  at Meena. . “Sabarimala is an important issue and the BJP will continue its propaganda and campaigns. It’s a crucial matter,” Mr Rajsekharan told reporters today in the state capital.