The SCBA elections were held online on Saturday from 7 am to 7 pm on the NSDL e-voting platform. 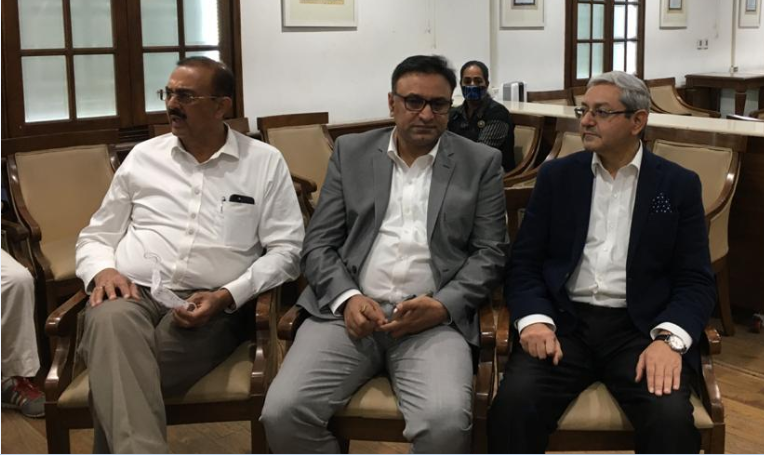 In the election for Vice President, Pradeep Kumar Rai won with 984 votes, by a whopping 369 votes against his closest rival S.B. Upadhyay who got 615 votes.

In the election for President, Vikas Singh won with 837 votes against his closest rival Dr. Adish Aggarwala, who got 493 votes.

On Monday, the newly-elected office-bearers were sworn into their posts at a ceremony in the lounge of the SCBA. Senior Advocate Pradeep Kumar Rai, who was victorious as Vice President, welcomed the victors and selected members of the previous SCBA functionaries. He said the winning candidates of this election will work together and with the support of the previous office-bearers, to create a better working environment for the Bar.

Vice President Rai said by taking everyone along, he will fulfill all his promises. Senior Advocate Vikas Singh, who was elected President, congratulated everyone on their victory.

The rest of the results and the exact votes won are given below in a PDF.

The elected Senior Executive Members are:

The elected Executive Members are:

The rest of the results and the exact vote count are given below in a PDF.

The SCBA elections were held online on Saturday from 7 am to 7 pm on the NSDL e-voting platform. Reports had indicated that there has been a high turnout, possibly due to the election being held online.

Did you find apk for android? You can find new Free Android Games and apps.
Share
Facebook
Twitter
Pinterest
WhatsApp
Previous articleBailable warrant out against Kangana Ranaut in defamation case filed by Javed Akhtar
Next articleDelhi HC orders IHBAS to fill up vacancies for doctors, medical staff in 2 months