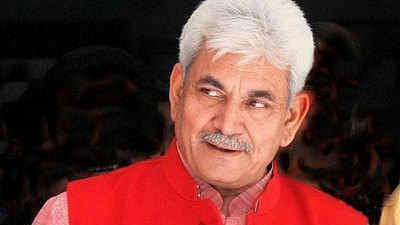 Sinha, 61, carries with him the experience of having been a Lok Sabha MP as well as administrative acumen garnered from his years as a top BJP leader in the party’s national council. He was also a Minister of State in the first term of Prime Minister Narendra Modi.

The resignation of Murmu, exactly a year after the abrogation of Article 370 in the valley, was significant. Murmu, a 1985-batch IAS officer of the Gujarat cadre, however, has been associated with the Modi government for long, even as far back when Modi was chief minister of Gujarat. The 60-year old will now take over as the new Comptroller and Auditor General of India, after the current CAG, Rajiv Mehrishi retires later in the week.

The appointment of Sinha is also a precursor, say sources that there is a good sign of political activity resuming in the valley. The PM is expected to visit the valley soon, it has been said.