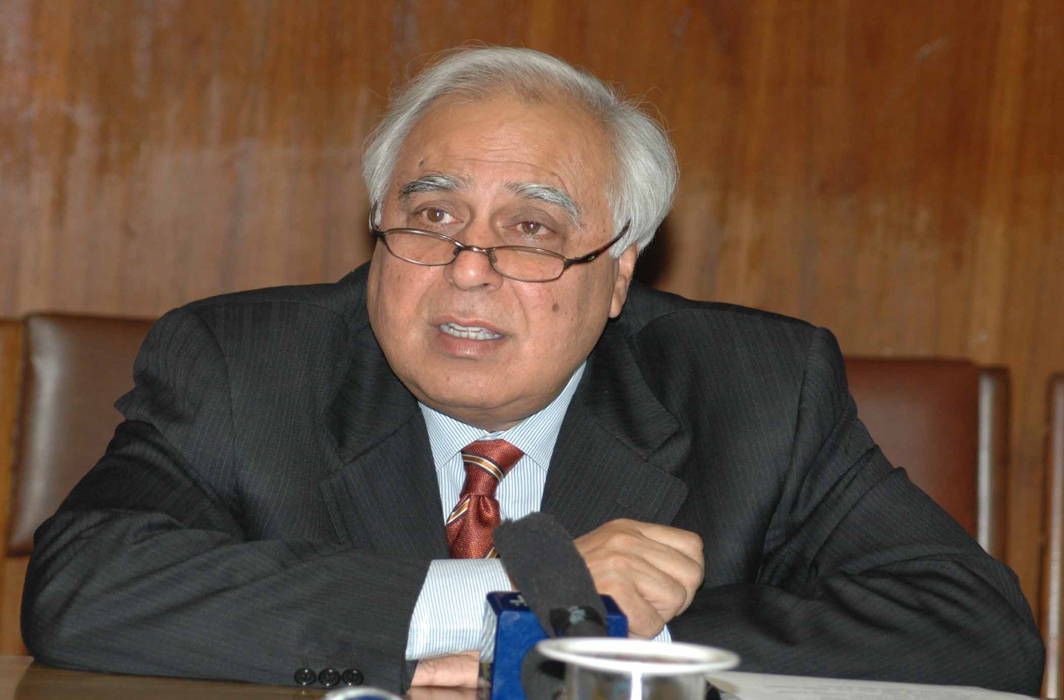 Senior Advocates and Rajya Sabha Members of Congress Party Shri Kapil Sibal & Shri Vivek K. Tankha on Monday have written a letter on Monday to the President of India, Shri Ram Nath Kovind in the matter of unconstitutional functioning of the Government of Madhya Pradesh.

In the letter the attention was drawn on the earlier written letter by one of them highlighting the relevant paras which reads-:

“Government of a sole CM i.e one-man government without a Cabinet is an unthinkable Constitutional anathema.”

“With utmost regret whilst India and the world is battling COVID-19 I feel compelledto write against the illegally designed & poorly conceived one-man show unconstitutionally thrust upon 7.5 crore people of Madhya Pradesh. This shenanigangravely impacts and imperils the war against coronavirus.”

It further said that the constitutional responsibilities are getting dropped in the state of Madhya Pradesh and also the city of Indore being the epicentre of the spread of the virus hosting 80% of Coronavirus infections along with Bhopal which had witnessed the collapse of the health department with the hierarchy of its officers infected. As in the absence of a Health Minister, the infected personnel continued to discharge their duties in the state.

Senior Advocates urged to perform more and more test in the state which is not happening because of the collapse of the administrative structure of the health department and need to attendto the prevailing administrative shortcomings to ensure the safety of our people.

These Ordinances authorise the State Government to burden the State with anadditional loan of Rs. 4,443 Crore. It also allows for the withdrawal of Rs.10,00,66,74,81,000 (One Lakh Sixty-six Crore Seventy-Four Lakh Eight Thousand)from the Consolidated Fund of the State for the Financial Year 2020-21. This notonly has grave fiscal implications on the fiscal health of the State but gives anunconstitutional act the colour of legality. In Madhya Pradesh constitutionaldemocracy has been reduced to a farce”, said the letter.

The letter speaks about constitutional anathema where inappropriate and undesirable acts in the state were made by way of adopting the aforesaid ordinance passed by the Governor without jurisdiction on the advice of CM alone.

Thereafter, it says that while administering the oath of office by the Chief Ministeron March 23rd, 2020, no legal impediment stood in the way for him to constitute the cabinet and since then 28 days have gone by.

“The magnitude of the momentous fiscal decisions taken mandate collective application of mind, the essence of collective responsibility in the cabinet form of government. In the absence of any discussion and deliberations in theCouncil of Ministers, as none exists there can be no Vote-on-Account. The whim and fancy of a one-man non-government, unknown to law, cannot be the basis of taking recourse to Article 213 of the constitution, the Ordinance making power”, said by the Senior Advocates.

It also mentioned that the Council of Ministers can be constituted any day and when the cabinet is formed it can deliberate and discuss the possibility of a Vote-on-Account, thereafter the Assembly can be summoned to take up the business relating to theVote-on-Account. Thus, without following the above procedure and taking recourse to Article 213 is clearly unconstitutional.

The MPs said that there is little scope for departure of settled constitutional practices in fiscal matters whereby Articles 202 to 206 of the Constitution provide for the procedures which is to be followed in dealing with the finances of the State. It further said that the Constitution like the Magna Charta which is the Gita of the Rules of Financial Business and the unprecedented departure of the Rules of Business, settled principles of accountability, collective responsibility of the cabinet as well as parliamentary procedures makes the unilateral acts of the Chief Minister imbued with illegality.

The Senior Advocates have drawn the attention of the president through the letter on the task forces constituted in the State comprising of senior BJP leaders of which the Chief  Minister is a mere member, the task force led by the State BJP President is set up ostensibly to advise the State Government in tackling the COVID-19 pandemic whereas the task Force has no sanctity in law , cannot be held accountable , yet controls the functioning of the one-man non-government show ; the death knell of democracy and such undemocratic decision-making cannot be countenanced.

While concluding the MPs made a request to the President to intervene in the matter to ensure that the State of Madhya Pradesh is directed to:

Did you find apk for android? You can find new Free Android Games and apps.
Share
Facebook
Twitter
Pinterest
WhatsApp
Previous articleSC declines compensation to workers of unorganised sector due to lockdown
Next articleSC Seeks Centre’s Response on PILs Filed for Restoration of 4G Internet Connectivity in Jammu and Kashmir