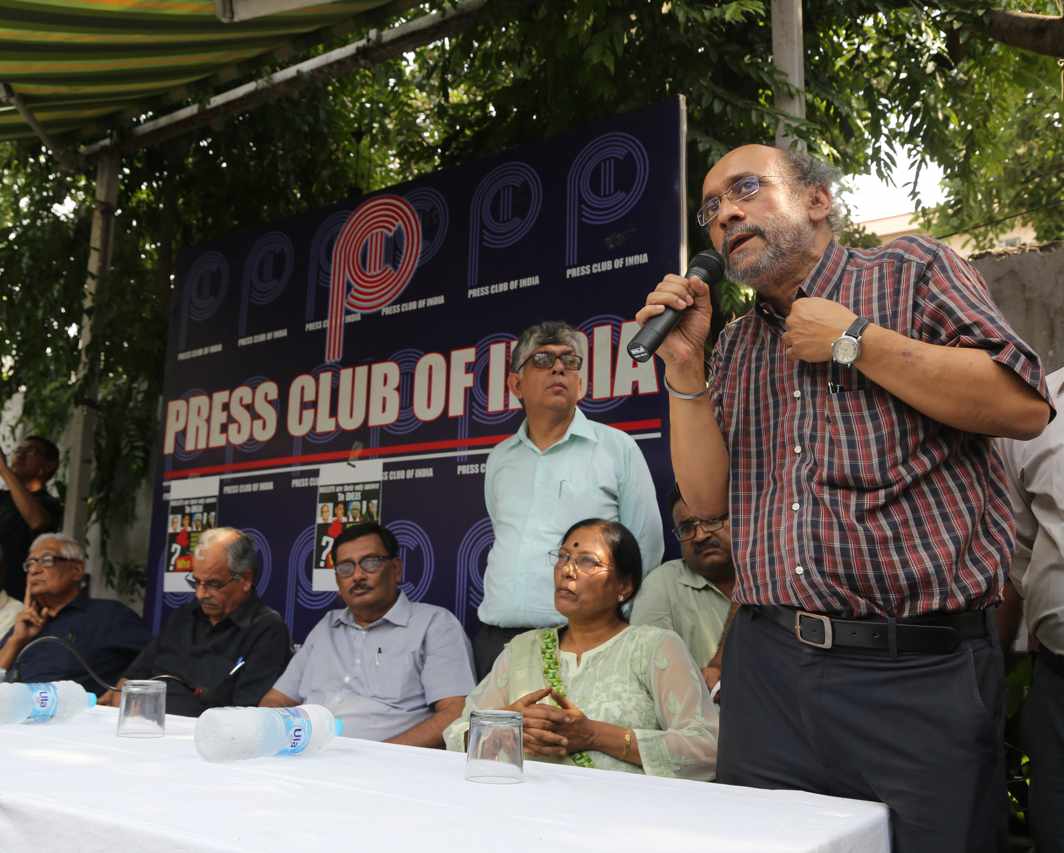 Members of the news fraternity congregated at Press Clubs all over India on September 6 to protest the dastardly murder of senior journalist Gauri Lankesh. The firebrand journalist was shot down by three assailants when she descended from her car to open the gates of her apartment complex at Rajarajeshwari Nagar in Bengaluru on September 5 night.

Daughter of writer, translator and journalist P Lankesh and veteran editor of Lankesh Patrike, Gauri was a columnist in Kannada and English, and a vocal critic of the establishment. In November 2016, she was convicted in two separate defamation cases—filed by Prahlad Joshi, Dharwad MP and former chief of the state BJP unit, and party activist Umesh Dushi—over an article reporting a fake gold sale racket published on January 23, 2008, accusing the duo of masterminding the scam. Sentenced to six months in jail, she was, however, granted bail and allowed to appeal her sentence.

Friends have claimed that Gauri has been silenced before she could expose corrupt Karnataka industrialists and politicians. Rest in peace, Gauri Lankesh.