So, are crypto currencies being taxed?

How that will be done will be clear when the crypto currency bill comes to light, but, meanwhile, Finance Minister Nirmala Sitharama, in her Union Budged proposals in Parliament today, announced a hefty 30% tax for all “virtual digital assets”. 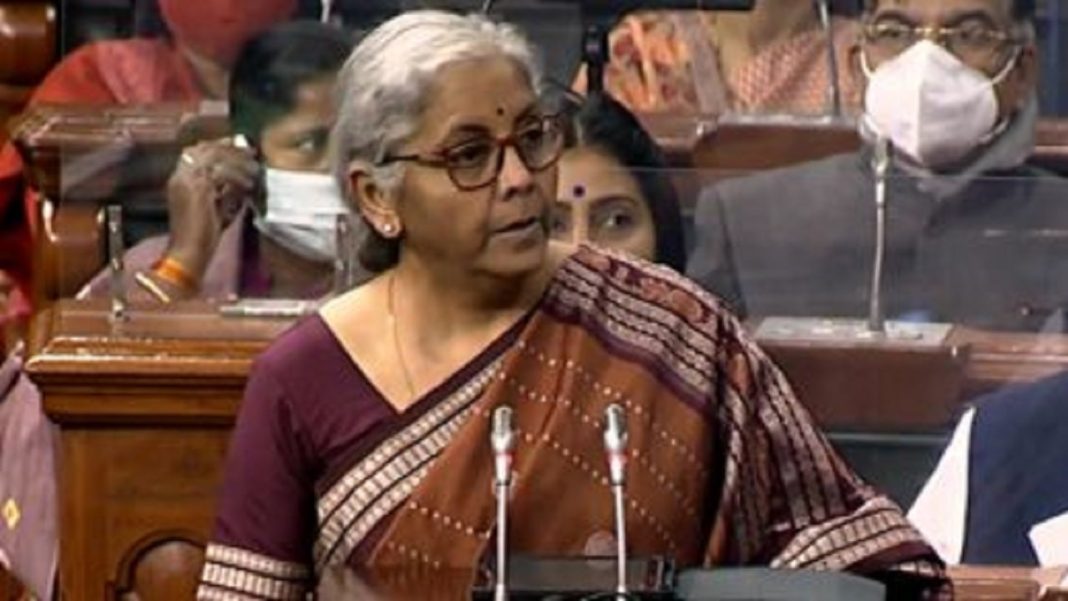 No bill related to the credibility of crypto currencies – the proposed Crypto Currency Regulation Bill – has been tabled in Parliament, or even fully formatted yet. The general idea floating around has been that the government wants to not let this revenue source go without having milked it, and possibly it would treat it as an asset.

How that will be done will be clear when the crypto currency bill comes to light, but, meanwhile, Finance Minister Nirmala Sitharama, in her Union Budged proposals in Parliament today, announced a hefty 30% tax for all “virtual digital assets”.

Two things happened thereafter. First, theories sprouted on whether this was done to capture the crypto bandwagon – Indians have invested well over $ 6 billion in the several crypto currencies, as per last estimate – because the idea was to treat it as an asset class anyway. The final bill will probably come after the elections from February 10 to March 10.

Secondly, following a sudden sale-driven depression in crypto currencies, they all came back to green zones (as of writing this article). What traders have in mind is anybody’s guess.

The other declaration of the Digital Rupee will not fall in this category and will simply be another method to avoid banking bottlenecks and to derive transaction footprints at every possible level. The final target would be to minimise the use of physical banks. And, anyway, Indians have gotten used to UPI payments, and this will be a natural transition. The only relation with crypto currencies would be that this Digital Rupee will also use the Blockchain certification method that has been the bedrock of all crypto currencies.

Crypto income, however, will be a different ballgame. Not only would income from virtual digital assets – she has used this term, without mentioning crypto, but the general belief is that she avoided the use of the specific term in the absence of a Crypto Bill or Act – be taxed, there is also a provision for TDS on payment made in relation to transfer of virtual digital asset at the rate of 1 per cent of such consideration above a monetary threshold. This will be due from the recipient.

The minister said: “Accordingly, for the taxation of virtual digital assets, I propose to provide that any income from transfer of any virtual digital asset shall be taxed at the rate of 30 per cent.” How will that income be computed? It will, expectedly, have the benefit of a deduction of the cost of acquisition, but no deduction in respect of any expenditure or allowance shall be allowed. That leaves very little elbow space for the crypto game, so far a free enterprise, sort of.

The Government of India has, so far, refused to even acknowledge crypto currencies, despite requests in this regard from all quarters. There was once a rumour that crypto will be banned, but when investments in this ‘sector’ went up to billions of dollars, the government started a rethink. As the belief grew that the government was in no mood now to ban the mining, trade or hoarding of crypto, transactions ballooned to huge proportions. Even college kids used their pocket money to invest. There is no definitive log of all crypto currencies in various exchanges, but the growth stories have been extraordinary: as of 2021 there were 6,000-plus currencies around the world. Today, there could be around 8,000. Almost all of them accept the Indian Rupee.

The large amount of money floating around needs to be taxed. That seems to have been the basic focus of the cash-strapped government. Going by the still positive sentiment in crypto trade – including Bitcoin, Ethereum, Doge, 1inch, Atom USDT, Ripple etc. – the government has hit hard at the right moment.

There is another school of thought that might scare investors of today. One financial advisor has said that the announcement of the 30% tax on digital assets, along with the announcement of the Digital Rupee, might mean that the government might want to keep crypto out of reach of retail investors and move it to High Net Worth Individuals. That might indicate a government willingness to ban crypto trade in the natural form. Yet, all this is the realm of conjecture, yet. There is no clarity on this so far.

The lack of clarity is unsettling. Even the Economic Survey 2022 tabled in the Parliament on January 31 did not talk about crypto currency. The proposed Crypto Currency Regulation Bill might not see the light of day before elections are over. We will have to wait.