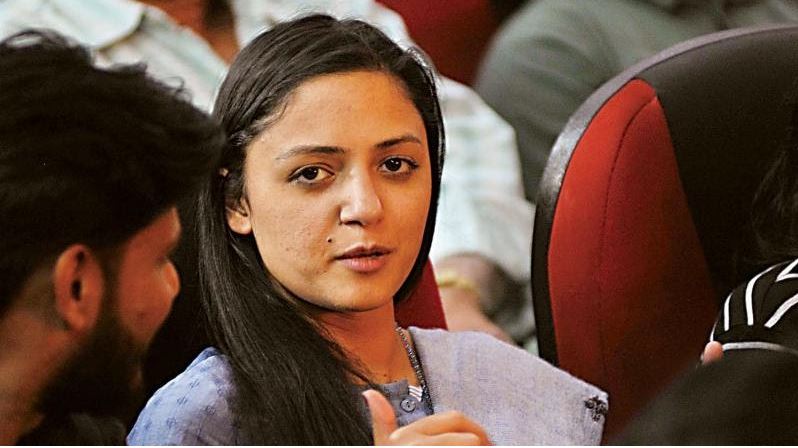 A Srinagar Court granted interim relief to Shehla Rashid by restraining her estranged father Abdul Rashid Shora from publishing, telecasting or broadcasting matters that are defamatory, intrusive of her right to privacy.

The Court has also restrained media outlets, Social media platforms such as Facebook and Twitter and also Google & YouTube from “publishing, telecasting or broadcasting any mater with respect to the matrimonial life of her.

“defendant no. 1(Shora) is restrained from causing any interference in the life of the plaintiffs and shall abstain from publishing material through media or other means which has the potential to cause harassment, agony and pain to the plaintiffs or which is defamatory in its nature. The defendants 2-8 (media outlets, social media companies) are also restrained from publishing, telecasting, or broadcasting any matter with respect to the matrimonial life of the plaintiffs and defendant no. 1 or which has the potential to defame the plaintiffs. For this purpose, the defendant shall take steps to suspend the links mentioned hereinabove which contain contents causing harassment and defamation to the plaintiffs”, the order reads.

The Court added: “From the material placed on record and the contents of the suit, this court is prima facie satisfied that a matrimonial dispute is going on between the plaintiffs and defendant no. 1 and prima facie it appears that despite the order of Ld. JMIC Srinagar in a petition under D.V. Act against defendant no.1 the defendant no. 1 has approached the print and electronic media to give hype to private matrimonial issues. The media is also under a legal duty to ascertain the truth and abstain from reporting a matter which has the potential of infringement of the right to privacy or other rights of the plaintiff”.

The plaintiffs submitted that Abdul Rashid Shora has made every attempt to defame and lower their reputation by leveling false and frivolous allegations, including branding the plaintiffs as “anti-national elements.”

They also argued that media outlets Earth News, State Times and Jammu Kashmir News(defendants 2, 3 and 4) did not conduct themselves professionally by publishing the allegations of Abdul Shora without verification and due investigation.

Earlier, Abdul Shora had leveled allegations against Shehla Rashid and claimed that he was facing threat to life from her. Rashid shot back by dismissing the allegations as “absolutely disgusting and baseless” and said this was his reaction after a court barred him entry into their Srinagar house on November 17 in response to a complaint filed by the family against him under the Domestic Violence Act.

A single-judge Delhi High Court bench was hearing a plea to set up the State Mental Health Authority (‘SMHA’) and the Mental Health Review Board (‘MHRB’) for Delhi in compliance with the obligations under the Mental Healthcare Act, 2017.
Read more
India Legal
Did you find apk for android? You can find new Free Android Games and apps.