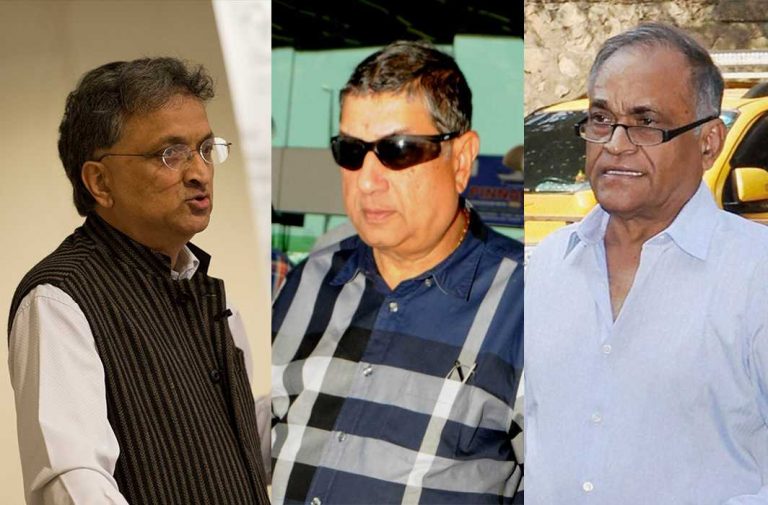 The Supreme Court-appointed Committee of Administrators (CoA) for the Board for Control for Cricket in India (BCCI) had complained to the court that the June 26 Special General Meeting (SGM) of the board had been virtually taken over by former Board president N Srinivasan and Niranjan Shah, despite both being disqualified from holding any post through the nine-year rule of the Lodha Commiittee.

The apex court took note of the complaint seriously and on Friday (July 14) issued notices to both former officials of the board. They have to file their replies within a week. This matter comes up again on July 24.

The CoA complaint said that not only did they attend the meeting as nominees, they intervened to stop reforms from taking place in the board as per the Lodha Committee.

The complaint refers to an audio recording of the meeting and says: “From an audio recording of the SGM, it appears that such disqualified persons were able to effectively hijack proceedings at the SGM by prevailing upon other attendees (who may have been otherwise willing to facilitate the reform process) to either support the cause of such disqualified person or remain silent.

In another issue, concerning the CoA itself, the court was informed by the amicus that he has received two letters, one from Ramchandra Guha and another from Vikram Limaye (for his new assignment with the National Stock Exchange). Both have expressed their intention to be relieved from the CoA.

While both resignations were accepted, the case of filling up of the vacancies was taken up and the Amicus gave six suggestions. These names will be considered in the next hearing on this issue, which will be on September 5.

On July 13, former BCCI president Anurag Thakur submitted the unconditional letter of apology in the matter of contempt to the apex court.

The letter of apology stated: “I, Anurag Singh Thakur, S/o Prem Kumar Dhumal, aged about 42 years, resident of 14, Janpath, New Delhi and presently at Himachal Pradesh do hereby solemnly affirm and declare as under.

“I am the respondent in the above mentioned matter and am conversant with the facts and circumstances of the case and am competent to depose to the same.

“I humbly submit that it was never the intention of the deponent to undermine the majesty of this Hon’ble Court and since unintentionally some kind of misinformation or miscommunication has occurred, I unhesitatingly tender my unconditional and unequivocal apology to this Honourable Court.”

The court accepted this letter and all proceedings on contempt and perjury have been dropped against Thakur.