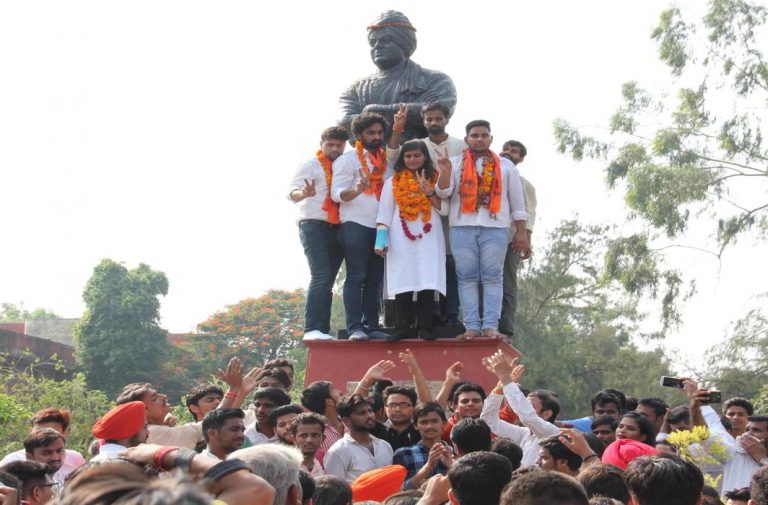 The Delhi High Court on Wednesday (September 20) said that it wasn’t at all happy with the rampant defacing of public properties during Delhi University Students Union (DUSU) elections, this year. It conveyed its objection to the elected vice-president Kunal Sehrawat of NSUI and elected president Rocky Tuseed, also of NSUI. While Sehrawat was personally present, Tuseed was represented by his counsel.

While pulling them up for names scribbled on walls, posters pasted on walls, college campuses, metro properties, roads, etc, in different parts of Delhi, the High Court asked them to file a reply within a week, suggesting ways to clean up all public places.

The High Court warned that if FIRs are lodged against them, they could face imprisonment for the offence. The Delhi Prevention of Defacement of Property Act prohibits anyone from defacing public property and it is related to the students union elections.

The case came up in the Delhi High Court after a PIL was filed by an advocate. It pleaded that public property is defaced during DUSU polls and demanded a complete ban. It also blamed the concerned authorities for inaction.

The next hearing is on October 16.