As the court proceeding resumed in physical mode, India Legal team tried to reach Supreme Court Advocates and asked about their views on the complete resumption of physical hearings. 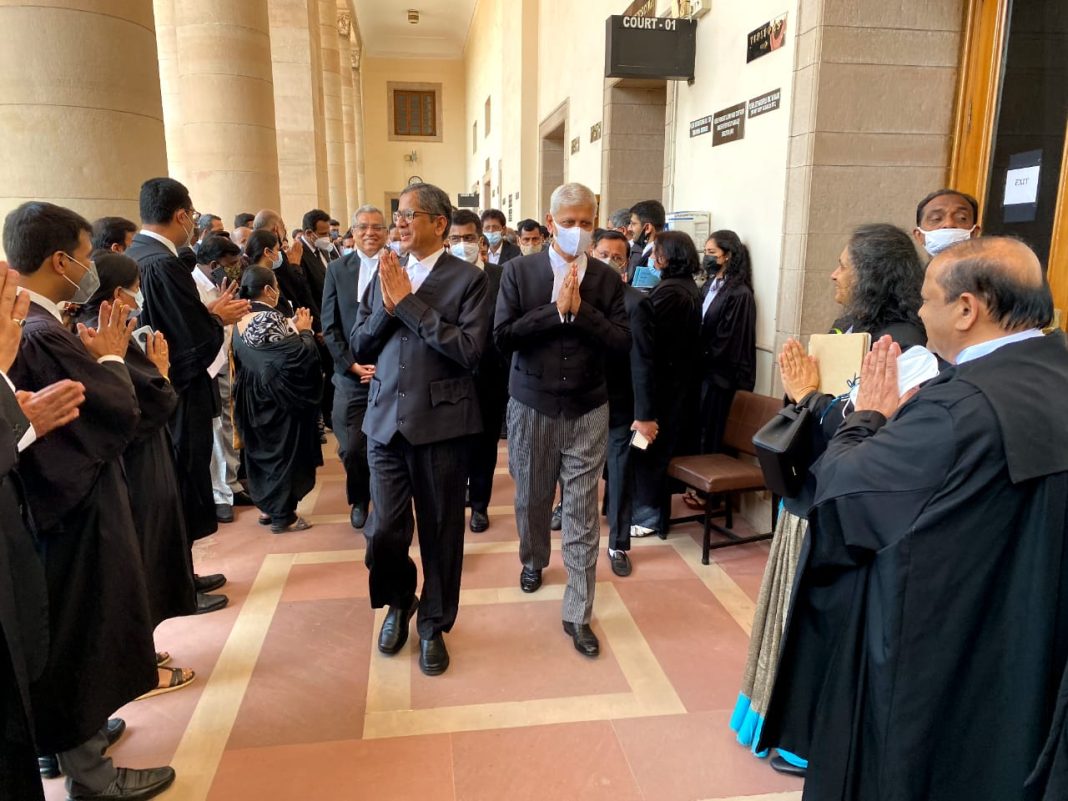 With the Supreme Court resuming full physical hearings after over two years on Monday, Chief Justice of India Justice N.V. Ramana took a round of the Supreme Court corridor along with companion Judges and greeted advocates before the commencement of proceedings today.

It may be recalled that, in the wake of the Covid-19 pandemic, physical hearings were replaced by virtual hearings after March 6, 2020.

Senior Advocate Dinesh Kumar Goswami said he has been waiting for physical hearings to restart for a long time. He said virtual hearings were not a problem for those with good chambers, but it was definitely difficult for ones who did not have the required infrastructure. He said there were connectivity problems in virtual hearings, which also alienated people.

Advocate Chetan Shandilya said physical hearings are good because an advocate can properly present her/his matter. He said virtual hearing does not give you the put yourself across effectively like in physical hearings.

Advocate Shandilya said the flipside of virtual hearings was that it increased laziness among lawyers.