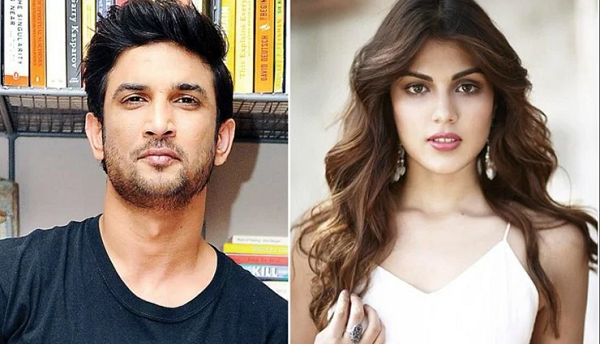 In her complaint to the senior inspector of police, Bandra Police Station, Rhea has stated that Sushant was undergoing treatment for various mental health issues and was diagnosed as suffering from bipolar disorder by multiple renowned doctors, but was not disciplined with his treatment, and used to abruptly stop his medication.

She has added that on June 8, when Sushant had shown her the messages he exchanged with his sister Priyanka Singh who had sent him a list of medications to take, she had explained to him the seriousness of his condition and that he shouldn’t take medicines prescribed by his sister who has no medical degree. The late actor, however, told Rhea that he would only take the medicines prescribed by his sister, and asked Rhea to leave as his sister Meethu Singh was coming to live with him.

Rhea has also stated that the late actor had informed his sister about his inability to obtain the said medication without prescription, and it has now come to light that his sister had sent him a prescription that same day by Dr Tarun Kumar, an Associate Professor of Cardiology from Dr Ram Manohar Lohia Hospital, New Delhi.

According to her, the document appears forged and fabricated.

The complaint states that Dr Kumar appears to have prescribed medication controlled under the NDPS Act without any consultation as mandated by law and the drugs prescribed were prohibited from being prescribed electronically under the Telemedicine Practice Guidelines issued in March 2020.

The complainant says that she finds it surprising that Dr Tarun Kumar being a Cardiologist sought fit to prescribe a person he didn’t know and had never met, with psychotropic substances. She has alleged that the prescription prepared by Priyanka Singh and the doctor in connivance with each other is a fabricated and false document as it reflects Sushant as an OPD patient when on that date and time he was present in Mumbai and not Delhi.

According to Rhea, Sushant died only 5 days after he took the unlawfully prescribed psychotropic substances, and it is therefore imperative that actions of his sister Priyanka, Dr Kumar and others who conspired to prescribe him such controlled substances must also be investigated.