The state government said the trial court had “lost sight” of the fact that it was Tejpal who was an accused and was on trial, and not the victim.” 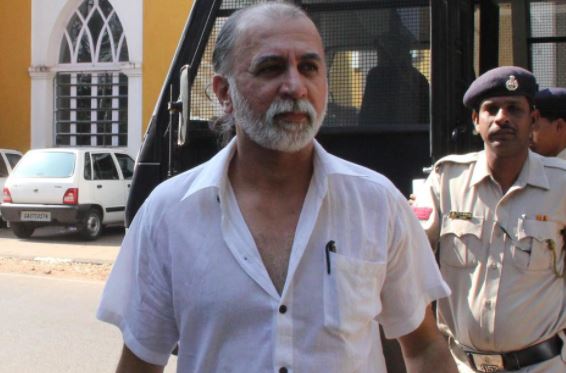 The Goa bench of the Bombay High Court issued the notice on the amended petition of the state government which says that the acquittal of journalist Tarun Tejpal in a sexual assault case was a fit for retrial as the lower court had shown a lack of understanding of a victim’s post-trauma behaviour and censured her character.

The state government said the trial court had “lost sight” of the fact that it was Tejpal who was an accused and was on trial, and not the victim.”

Solicitor General Tushar Mehta submitted that the judgement was replete with examples of attempts of the trial court to define the conduct of the victim, her reaction to the assault and her past sexual conduct.

The plea reads: “The trial court in its 527-page-judgment has been influenced by extraneous inadmissible materials and testimonies, graphic details of the past sexual history of the victim, prohibited by law and has used the same for purposes of censuring her character, and discrediting her evidence. The entire judgment focuses on indicting the complainant witness rather than trying to ascertain the culpable role of the respondent accused.”

Referring to portions in the judgment which noted that the CCTV footage and photographs from the event show the victim cheerful and smiling, the government in its appeal said the observations “betray a complete lack of understanding of the post-trauma behaviour of victims.”

The government in its plea further said that the trial court erred in acquitting Tarun Tejpal on the ground that the investigating officer has not investigated certain aspects of the case, which are trivial in comparison to the larger scope of the case. “In the case of Sri Bodhisattwa Gautam vs. Ms Subhra Chakraborty [AIR 1996 SC 922], it has been observed by the Supreme Court that despite there being ample precedence that corroboration of the prosecutrix is not necessary, cases continue to end in acquittal on account of mishandling of the crime by the police, which should not be the case,” cited in the appeal.

The trial court on May 21 had acquitted Tejpal of all charges which included wrongful confinement, assault or criminal force with intent to outrage modesty, sexual harassment along with rape against his female colleague which was challenged by the State of Goa. The Goa government later filed an appeal against the acquittal.