The petition has been filed by a Social Worker and Activist Salma Umar Khan who is also President of “Kinner Maa Ek Samajik Sanstha Trust." 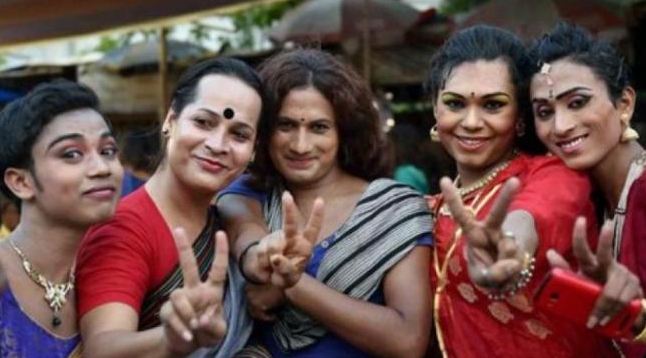 The Supreme Court on Monday issued notice on a petition, seeking direction to the Centre and the state governments to establish a ‘Transgender Welfare Board,’ to address the social welfare issues of transgender people.

A three-judge bench of Chief Justice SA Bobde, Justice AS Bopanna and Justice V Ramasubramanian sought the response of the Centre and the states on a plea, which also sought directions to appoint a standing committee comprising Station House Officers and human rights & social activists to investigate the reports of gross abuses against transgender people by the police.

The petition has been filed by a Social Worker and Activist Salma Umar Khan who is also President of “Kinner Maa Ek Samajik Sanstha Trust”. The petitioner has submitted that, “Transgender people should be treated with the same dignity and respect as anyone else and be able to live, and be respected, according to their gender identity.” The plea alleged, “that transgender people often face serious discrimination and mistreatment at work, school, and in their families and communities. Giving examples that transgenders peoples mostly fired or denied a job, Face harassment and bullying at school, become homeless or live in extreme poverty, evicted or denied housing or access to a shelter, denied access to critical medical care, incarcerated or targeted by law enforcement and Face abuse and violence.”

The petitioner said, “living without fear of discrimination and violence and being supported and affirmed in being who they are is critical for allowing transgender people to live healthy, safe, and fulfilling lives. In recent years, laws, policies and attitudes around the country have changed significantly, allowing more transgender people than ever to live fuller, safer, and healthier lives.”

“The transgender movement is part of a long tradition of social justice movements of people working together to claim their civil rights and better opportunities in this country. These challenges are connected. Discrimination that transgender people of color face is compounded by racism, and lower- income transgender people face economic challenges and classism,” the plea added.

The petitioner has submitted that the Supreme Court of India delivered its judgment in National Legal Services Authority vs Union of India (NALSA v. UOI), in which it recognised the rights of transgender people in India and laid down a series of measures for securing transgender people’s rights by mandating the prohibition of discrimination, recommending the creation of welfare. Policies.

It has further been contended by the petitioner that despite the Parliament passed the Transgender Persons (Protection of Rights) Bill after the Apex Courts historic Judgment in NALSA, but the States have not shown the intention to protect the rights of the Transgender community. She said, inspite of the Trans Act, the Community continue to suffer the age old neglect and abuse at the hands of the State authorities and the Society as a whole.

The petitioner further stated, that the Bill passed by the Parliament betrays the rights assured by the verdict. She has highlighted five key flaws in the law;

First, despite the SC verdict, it requires a trans person to be certified as trans by a district magistrate. Further, until and unless the person undergoes sex reassignment surgery, the certificate will only recognise the person as transgender and not the gender they identify as.

Fourth, it clubs various forms of violence from emotional to sexual abuse—under one head with a penalty of six months to two years, making it evident that the state believes sexual violence against trans persons is a crime of less gravity than against cisgender women.

Fifth, despite the verdict’s call for reservations, the Bill makes no such provisions.

She has further submitted “that the 2019 Act gives the district magistrate (DM) the power to recognise a person as trans, while the NALSA judgment allowed self identification of the Gender. The NALSA judgment had further said that any insistence on SRS (sex reconstruction surgery) was immoral and illegal. It stressed that self- determination of gender is integral to one’s personality and dignity. However, the 2019 Act specifies that to identify as male or as female, one must supply proof of surgery to the magistrate. Activists say this gives immense power to the DM, leading to the possibility of arbitrariness and misuse.”