President Ram Nath Kovind, who is on a five-day visit to Uttar Pradesh, was hosted by Governor and the event was also attended by first lady Savita Kovind, Chief Minister Yogi Adityanath, Law Minister Brijesh Pathak, CJI, besides Allahabad High Court judges and their spouses. 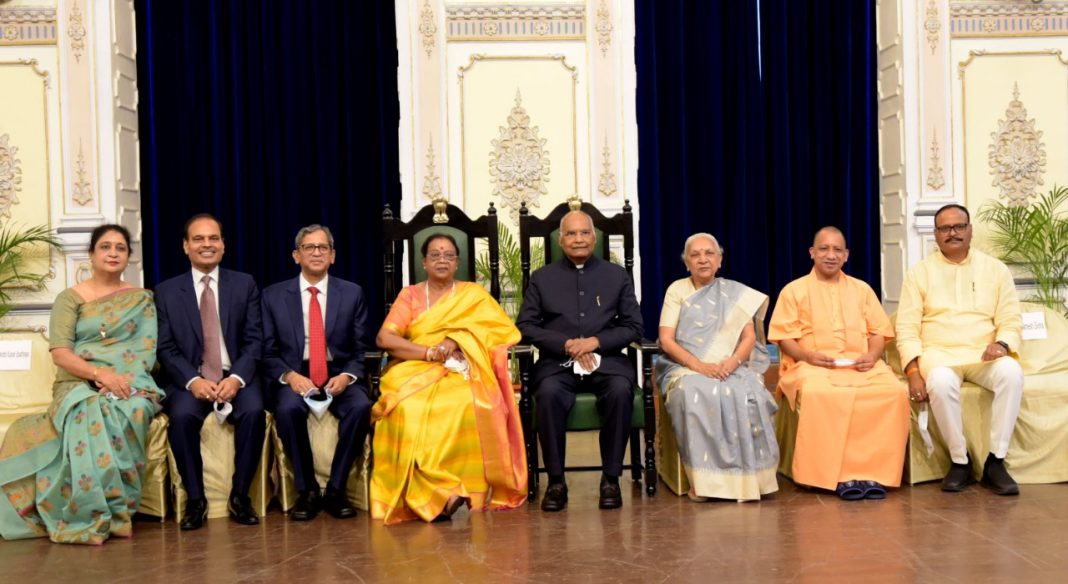 The Raj Bhavan release said President Ram Nath Kovind, who is on a five-day visit to Uttar Pradesh, was hosted by the Governor and the event was attended by First Lady Savita Kovind, Chief Minister Yogi Adityanath, Law Minister Brijesh Pathak, the CJI, besides Allahabad High Court judges and their spouses.

The Governor presented mementos to the President and the CJI.

Earlier in the day, President Kovind reached Raj Bhavan from Kanpur by the Presidential Express Train on a two-day visit. He was received at the Charbagh railway station around noon by Governor Patel, Chief Minister Yogi Adityanath, state ministers, and a large number of senior officials and public representatives. From the railway station, the President had gone directly to the Raj Bhavan.

On Tuesday, he will lay the foundation stone of Ambedkar Memorial Cultural Centre before flying to New Delhi.

The state Cabinet last week gave its nod to the transfer of land for the establishment of the cultural centre.

The President had arrived in Kanpur on June 25.