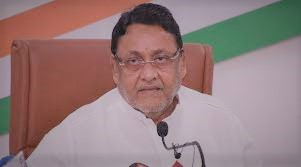 The Supreme Court has today agreed to grant an urgent listing to the petition by Nawab Malik who was arrested by the Enforcement Directorate. Malik has challenged his arrest by Enforcement Directorate under the Prevention of Money Laundering Act (PMLA). Senior Advocate Kapil Sibal requested the Chief Justice of India NV Ramana to grant urgent listing for the petition.

“This is the Nawab Malik matter where ED is taking proceedings. The Act came into place in 2005, and the transaction is prior to 2000. A transaction from 22 years ago is sought to be proceeded…”

CJI has agreed to list the matter. The ED had arrested Nawab Malik, the Minorities Development Minister on February 23, alleging Malik’s “involvement in terror funding” based on a 1999-2005 land deal involving Dawood Ibrahim’s late sister Haseena Parker. Nawab Malik has been in custody from the day of his arrest, his remands has been extended time to time with the Special PMLA Court at Mumbai

The minister had filed an  Special Leave Petition in the Supreme Court challenging the Bombay High Court’s order of March 15, 2022, refusing to grant him interim release in a habeas corpus petition filed. The High Court had rejected Malik’s plea  for interim relief after  saying that thre are many things which are still to be discussed and decided, however, requirements of arrest under section 19 of PMLA were prima facie complied with.

Malik claims that since his petition was strictly on the law, the HC couldn’t have given a prima facie finding regarding section 3 of PMLA without reason.

The ED in its report had alleged that Haseena Parkar and Malik illegally took a property in Kurla from one Munira Plumber. It further mention that way back in 2003 a property was bought by Nawab Malik called Solidus Investments Private Limited with the help of his family. Now from this company Solidus, he paid money to Haseena Parker to get ownership of that place. The money that was paid to her as part of Dawood Gang became proceed in crime.