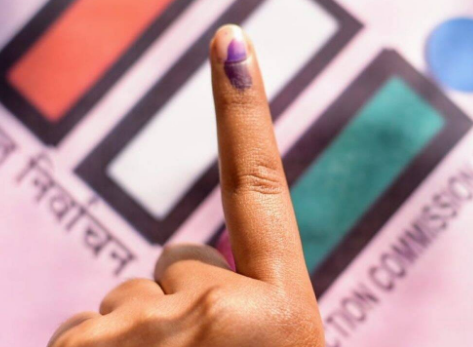 The Lok Sabha on Monday passed the Election Laws (Amendment) Bill, which seeks to link Aadhaar cards with electoral rolls, by voice vote. The Bill aims to weed out duplication in the election process.

Union Law Minister Kiren Rijiju introduced the bill amid protest by the Opposition. He said linking Aadhaar with voter ID will make the electoral process more credible. Rijiju added that linking Aadhaar to Electoral Photo Identity Card is voluntary. He said that the Bill is in the interest of the voter and the country.

The Bill was passed amid opposition ruckus with MPs from the Congress, Dravida Munnetra Kazhagam and Trinamool Congress standing in the well of the house, shouting slogans against the government. The opposition MPs claimed that the if Aadhaar is connected to the voter ID then it would violate the citizen’s Constitution-given right to privacy. The opposition demanded the rollback of the Bill.

The Bill seeks to allow electoral registration officers to seek the Aadhaar number of those who want to enroll as voters to establish their identity. It also proposes for substitution of the word “wife” with the word “spouse” making the statutes gender-neutral in the Representation of the People Act.