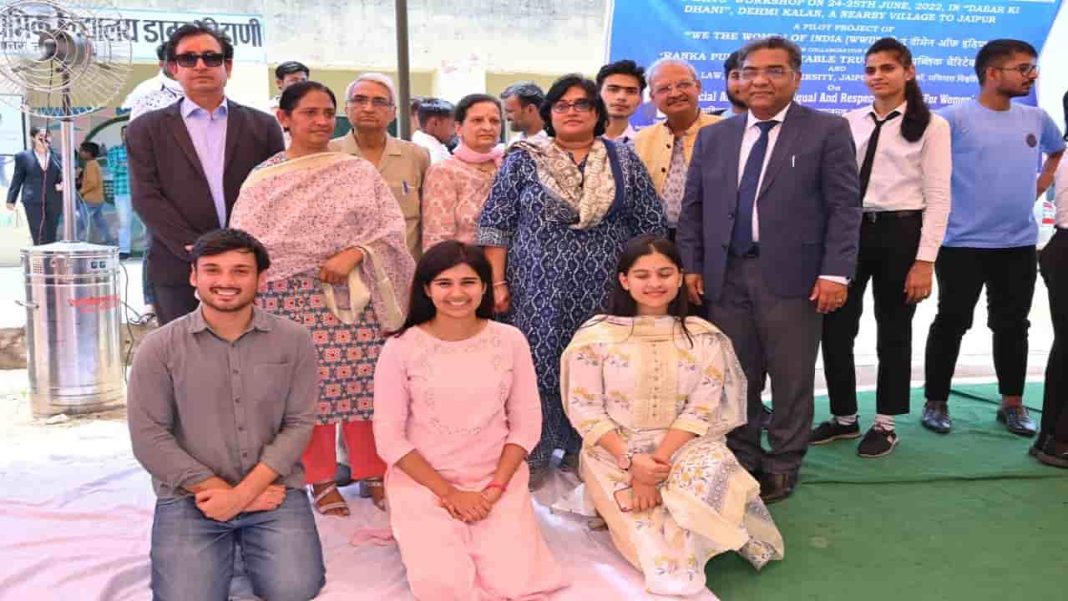 NGO We the Women of India (WWI) organised the third session of its workshop at village Dabar ki Dhani, Dehmi Kalan, near Jaipur, on July 15, 2022 as part of its pilot project with Ranka Public Charitable Trust.

The pilot project aims to organize workshops every fortnight for the next six months in the same village on the “social cause of equal and respectful space for women in society”, and educate the villagers on various issues to ensure a much equal and better society.

In this session, WWI founder-president Shobha Gupta, Advocate, Supreme Court, held an interactive session with the villagers through video conferencing on Right To Education and Mid-day Meals, explaining to them the importance of education in one’s life along with healthy eating.

Gupta’s associates Advocates Sakshi Tiwari, Prachi Sharma and Shubham Jalan explained to the villagers the whole concept of education along with schemes provided by the government. They gave the villagers a list of schools and colleges nearby and the procedure to take admission. They ended the session with a question and answer round and felicitated the winners to boost their confidence and motivation to learn.

The next workshop at the village will be held on July 28 and the topic, ‘What is the Constitution, Rights & Duties including right to education, food, right to live with dignity, equal wages etc.’

The WWI team is also raising the villagers’ concerns with the authorities concerned.