‘We wash our hands five times a day’: Shaheen Bagh protests to continue amid ‘Janta curfew’ 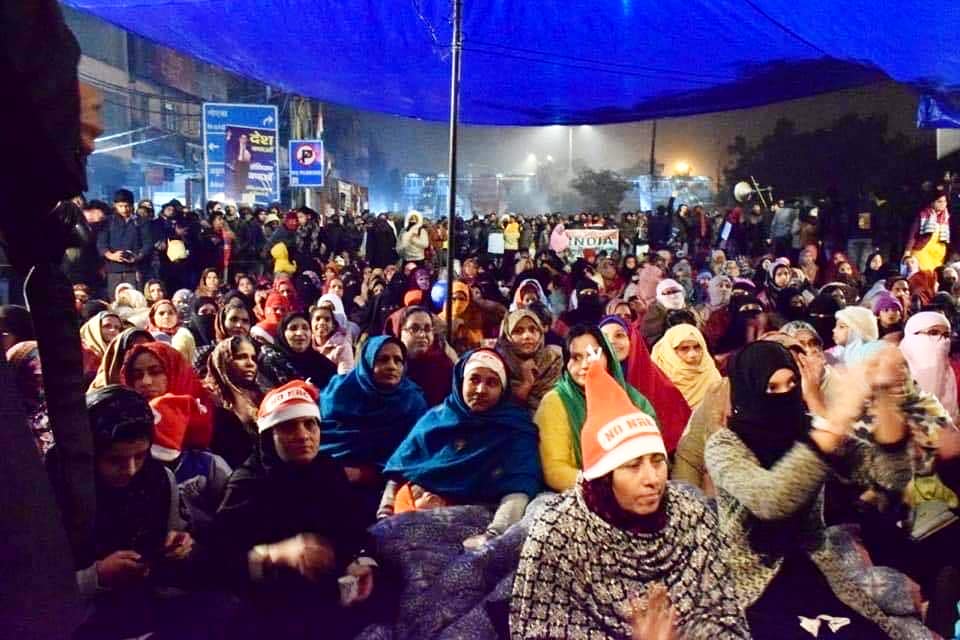 The protest against the Citizenship Amendment Act will continue in Delhi’s Shaheen Bagh on Sunday even as Prime Minister Narendra Modi urged people to remain inside their houses under a self-imposed curfew calling it ‘Janta Curfew’.

The protesters, majorly women, have blocked a side of a road connecting southeast Delhi to Noida since mid-December to protest against the amended citizenship law.

The Delhi government has restricted gatherings with more than 50 people in the wake of the novel coronavirus pandemic. The size of gatherings has since been reduce to 20 people. “It also applies to Shaheen Bagh,” Chief Minister Arvind Kejriwal had said.

The protesters on Friday told news agency PTI that not more than 50 women had been staging protest at any given time.

“On Sunday, we will sit under small tents (at the protest side). Only two women will sit under each tent and maintain a distance of more than a metre between them,” a protester said.

Another protester, Rizvana, said the women had been taking every precaution and they were covered in burqa all the time.

“Washing hands regularly is part of our lifestyle. We offer namaz five times a day and we wash our hands every time,” she said.

Ritu Kushik, another protester, said women aged above 70 and children aged less than 10 were not being allowed at the protest site.

“The women are not sitting on the mattresses any more. Cots have been placed and there’s a minimum distance of three metres between every two cots. Not more than two women can sit on a cot,” he said.

Taseer Ahmad, one of the key organisers, said sanitisers and masks had been arranged in enough numbers, and the protest site was being disinfected at regular intervals.

Did you find apk for android? You can find new Free Android Games and apps.
Share
Facebook
Twitter
Pinterest
WhatsApp
Previous articleDelhi Minorities Commission asks police to furnish report on arbitrary arrests of youths from minority community
Next articleCOVID-19: Lessons from its Freakonomics