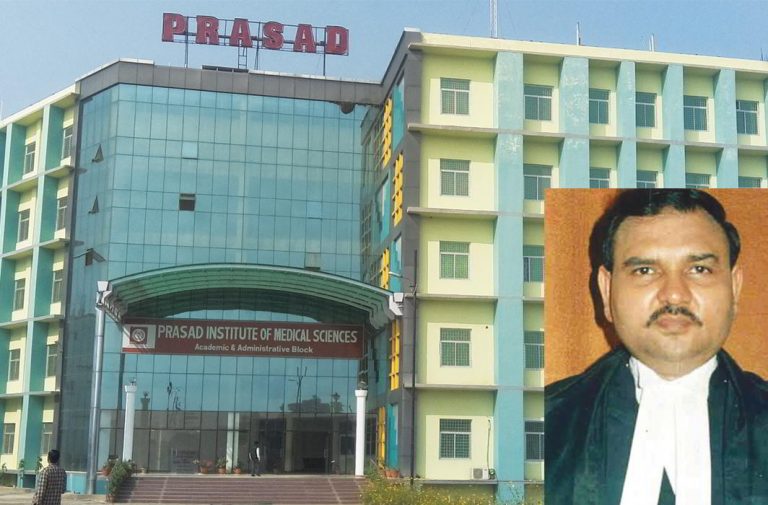 Above: Justice Ishrat Masroor Quddusi (inset) tried to help out the debarred Prasad Institute of Medical Sciences in Lucknow in return for money

Corruption in the higher echelons of the judiciary is often spoken about only in hushed tones in courtrooms. But the recent arrest of a retired judge of the Orissa High Court has shown that some of these allegations could well be true.

It was on September 21 that the CBI arrested Justice (Retd) Ishrat Masroor Quddusi and four others in a corruption case. While bail was granted to Quddusi on September 27 by Tis Hazari Court in Delhi, his name will nonetheless be attached to the case relating to admitting students in a medical college in Uttar Pradesh, which was debarred by the government.

The arrests were made after the CBI carried out searches in eight locations, including the judge’s residence in Greater Kailash in Delhi. The others arrested in the case were BP Yadav and Palash Yadav of the Prasad Educational Trust, which runs a medical college—Prasad Institute of Medical Science—in Lucknow; Biswanath Agrawala, a middleman; and hawala operator Ramdev Saraswat.

The medical college is one of the 46 colleges barred by the government from admitting medical students for the few years because of substandard facilities, according to the FIR. These 46 colleges had challenged the debarment in the Supreme Court.

Quddusi and his confidant assured the parties of settling the matter favourably in the Supreme Court by bribing public functionaries.

The Court had directed the government to consider the materials on record afresh. The government, after due diligence, debarred the college from admitting fresh students for two years from 2017. It also authorised the Medical Council of India (MCI) to encash the bank guarantee of Rs 2 crore.

While their petitions were pending before the Supreme Court and Allahabad High Court, the Yadav duo got in touch with Quddusi. According to the FIR, Qudussi and his confidant, Bhawana Pandey, assured them that the matter would be settled in the Supreme Court.

However, the CBI says that in return, “he demanded the gratification for inducing the public servants by corrupt and illegal means in lieu of the aforesaid help”.

The CBI received information that these people were likely to meet the wheeler-dealer, Biswanath Agarwal, who claimed to have “very close contact with senior relevant public functionaries” and assured them that he would get the matter “favorably settled” and had allegedly agreed to deliver the cash.

In subsequent raids, CBI recovered close to Rs 2 crore in cash and several incriminating documents. The agency seized Rs 1 crore which Agarwal had handed over to Pandey.