AGR case: SC asks DoT to give details of dues from users of shared spectrum 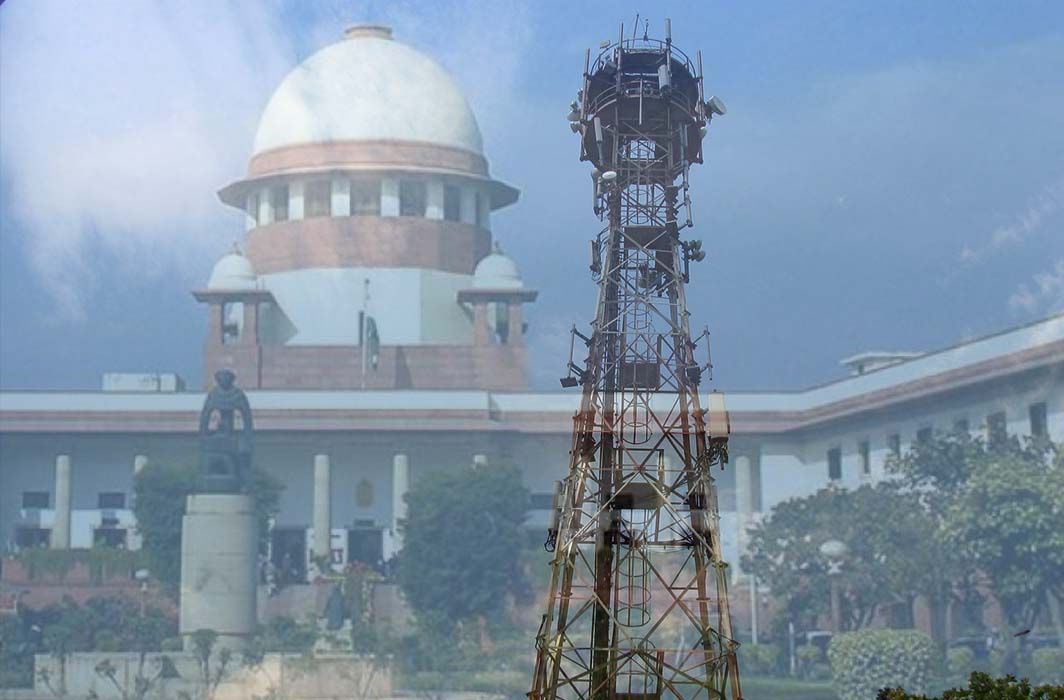 New Delhi: The Supreme Court today asked the Department of Telecommunications to file an affidavit regarding dues to be paid by users of shared spectrum, along with a reply on past dues, dates of grant and transfer of licenses.

The court has been hearing the telecommunications companies undergoing IBC proceedings on the larger question of whether spectrum can be sold under IBC proceedings and the liability of companies who are sharing spectrum with companies that have AGR dues. The court in its last hearing had expressed its concern regarding payment of AGR dues by telecommunication companies, observing that the AGR dues might be wiped out in the IBC process. The court had stated that once the spectrum is sold, the new user will have extinguished any pending demand against the spectrum in question.

During the hearing today, Senior Counsel Harish Salve, appearing on behalf of Reliance Jio, submitted that they haven’t received any notice from the government on any additional dues claimed by the DoT. Senior Counsel Kapil Sibal stated that Airtel also has not received any notice from the government regarding any additional dues.

“If spectrum sale is not allowed, spectrum will be returned to DoT, auctioned for future use, won’t help recover AGR. The issue of sale of spectrum should be left to the NCLT,” – Salve said.

Senior Advocate Kapil Sibal, appearing for Bharti Airtel, submitted that spectrum is the most valuable asset with telcos and is taken as security by the lenders. If the Supreme Court refuses to recognise the sale of spectrum, banks will stop lending to telcos, which in return will grievously hurt the telecom sector.

The Supreme Court, on July 20, had reserved its order on the timeline of staggered payment AGR related dues by telecom giants including Vodafone Idea, Bharti Airtel and Tata Teleservices. The court had heard parties on liability and time frame for making the payment and noted that while hearing the matter, attempts were made to wriggle out of the liability like asking for reassessment and recalculations.

The bench had also said that as a huge amount of AGR dues is remaining, they will examine the bonafides of RComm going into insolvency. The bench had asked for the details of RComm, Sistema Shyam Teleservices, Videocon to be submitted within 7 days.

The court has yet not decided the reasonable period for staggered payment of AGR dues. While the government had proposed 20 years, Telecoms like Airtel and Vodafone had asked for at least 15 years. Airtel’s AGR demand was Rs 43,989 crores out of which it paid Rs 18,004 crores, and Voda Idea have paid Rs 7,854 crores out of its total AGR demand of Rs 58,254 crores.