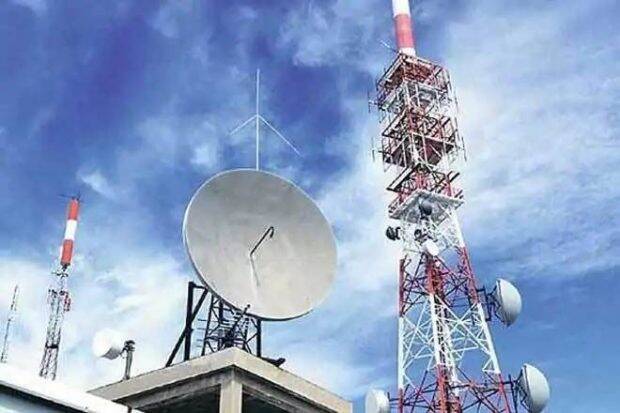 A three-judge bench of Justices Arun Mishra, S. Abdul Nazeer and M.R. Shah reserved judgement regarding the time duration to be given to telcos for staggered payment, and on the question of whether spectrum and right to use it can be transferred or sold under IBC. The order will also decide if companies are liable to pay AGR dues of the companies they have been sharing spectrum with, like Jio which had spectrum sharing and trading pacts with R.Comm, and Airtel which had spectrum sharing and trading pacts with Videocon and Aircel.

The Court has been hearing the telecommunications companies undergoing IBC proceedings on the larger question of whether Spectrum can be sold under IBC proceedings and liability of Companies towards AGR dues of companies whose spectrum they are sharing. The Court in its last hearing had expressed its concern regarding payment of AGR dues by telecommunication companies observing that the AGR dues might be wiped out in the IBC process. The Court had stated that once the spectrum is sold, the new user will have extinguished any pending demand against the spectrum in question.

During the hearing today the Court clarified that it is verifying if IBC proceedings are being used as a way to escape paying AGR dues and if an asset like spectrum that does not belong to telcos can be sold under IBC.

Senior Advocate Harish Salve, appearing for R.Comm’s Committee of Creditors (COC), submitted that the resolution plan is proposing the sale of right to use the spectrum under trading guidelines. Licence agreement recognises spectrum as a security, and therefore can be monetized under IBC.

The Bench noted that the government should move to cancel licence if dues are being wiped out. If telcos are unwilling to pay then the Court will direct cancellation of spectrum allocation.

“How else is DoT supposed to deal with such an issue?” the Court has asked.

Salve stated that government’s liability is not being wiped out because sale of spectrum, it is as per the IBC and with status of DoT as an operational creditor.

“How can you sell somebody else’s property? This will allow for dues to be wiped out, new party will take over free of all encumbrances, liabilities. Wiping out of Govt dues in this fashion is not permissible,” the Court remarked.

Salve responded by saying that the notion of security under IBC allows for sale of right to use spectrum. While DoT can decide on sale of spectrum at the appropriate stage, it is not for the Court to decide on the issue. At the stage of resolution, the applicant would seek DoT nod to sell, and may provide for part payment, the DoT may see commercial wisdom, as there will be room for negotiation then.

The Court, however, disagreed with Salve’s submission and stated that what is being proposed is like a house being rent out to a tenant, and the tenant selling the house under IBC. A new person will take over the asset, free of encumbrances and liabilities. However, if the Spectrum is cancelled it will have to surrendered to DoT, and may be auctioned for higher realization.

Senior Counsel Ranjit Kumar, appearing for Aircel COC, submitted that it’s a Commercial decision of Department of Telecommunication to decide on allowing permission for spectrum sale, and the Supreme Court cannot make that commercial decision for DoT. There will be no auction, and banks won’t lend to telcos if spectrum is not recognized as security.

The Licence agreement, which is certified by the President, recognises Spectrum as a security. If spectrum not recognized as a security that can be monetised, why would banks lend a single rupee to telcos?

He added that Telcos don’t have cash reserves that that they can purchase spectrum and operate without banks and negative consequences will be faced by the Economy if spectrum sale under IBC is not allowed.

Senior Counsel Kapil Sibal, appearing on behalf of Airtel, informed the Court that the Airtel spectrum was traded in June 2016. Airtel had paid the entire price upfront, and purchased it in auction. There is no claim against Airtel and no demand has been raised by the DoT.

Videocon entered IBC on June 2018 and the AGR judgment came from SC in October 2019. Airtel acquired Videocon spectrum in 2016, but no demands were raised by DoT for shared spectrum.

Sibal added that Airtel has been paying all dues pending against Airtel since acquiring Videocon spectrum in May 2016, while no demand was raised for prior dues pertaining to the spectrum traded in May 2016. Even if demand is raised, Airtel reserves the right to appeal demand in TDSAT, and its not for the court to decide the issue at this stage.

The Department of Telecommunication informed the Court that under trading guidelines all past dues should be cleared prior to spectrum trading and DOT can seek to recover dues from seller and buyers, jointly or severally.

The Court questioned DoT as to why was no demand raised against Airtel for past dues of Videocon spectrum that was acquired by Airtel, as Airtel has consistently argued that no demand has been served on them by DOT

The department clarified that the assessment is under process and DOT can move to recover. The AGR Dues were crystallised and known only after the Supreme Court’s judgment. Once the Court crystallises a view on spectrum sharing and spectrum trading, consequences will follow.

Harish Salve on behalf of Reliance Jio submitted that only those dues that were unknown can be recovered from buyer of spectrum, under trading guidelines.

Sibal questioned that if the liability of past dues of videocon were to be cast on Airtel, why did DoT wait for so long, when it should have clarified long back that Airtel would be made liable for Videocon’s dues. AGR dues were known to telcos, DOT had raised demands.

The Court has yet not decided the reasonable period for staggered payment of AGR dues. While the government had proposed 20 years , Telecoms like Airtel and Vodafone had asked for atleast 15 years. Airtel’s AGR demand was Rs 43989 crores out of which it paid Rs 18004 crores, and Voda Idea have paid 7854 crores out of its total AGR demand of 58254 crores.