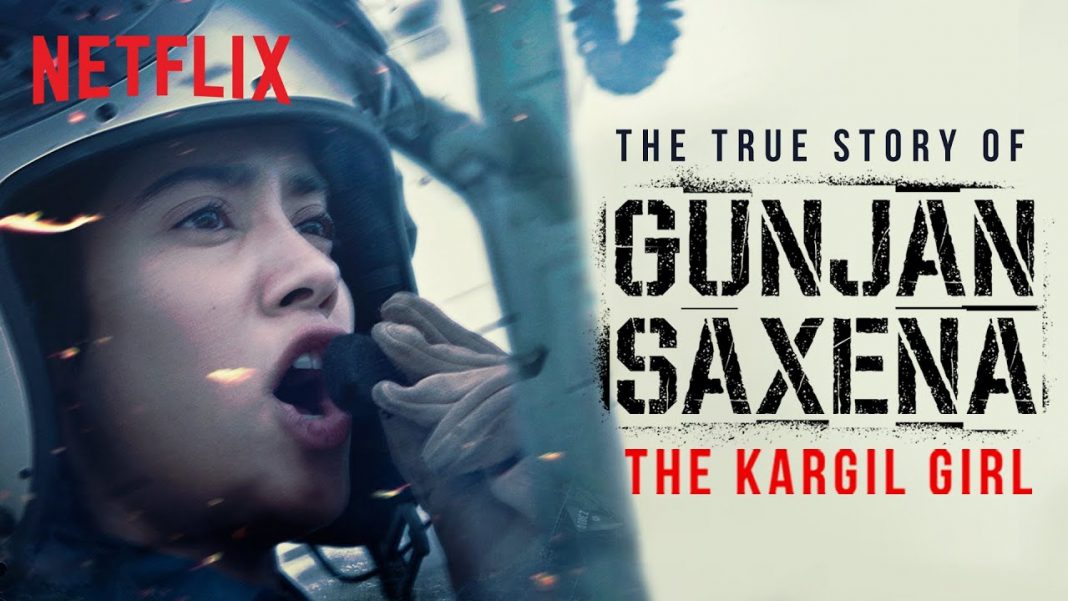 New Delhi: The Delhi High Court has refused to grant permanent injunction against the streaming of the movie Gunjan Saxena: The Kargil Girl on Netflix, after the Ministry of Defence (MoD) and the Indian Air Force (IAF) had moved the court to stop it from being aired.

A single-judge bench of Justice Rajiv Shakdher, has asked Dharma Productions Private Limited, Karan Yash Johar, Zee Entertainment Enterprises Limited, Netflix, and others to file a reply on Centre and Indian Air Force’s plea against the movie. The matter is listed for hearing next on September 18.

Justice Shakdher said the movie has been released already and has been streaming on Netflix for weeks. So it makes no sense to “stay”, the movie now, but the matter will be heard, while issuing notices to the Dharma Productions and Netflix both.

The central government, in a plea filed through standing counsel Gaurang Kanth, sought to restrain from broadcasting, telecasting, releasing in theatres or any other digital, over-the-top (OTT) platform of the movie.

The Centre through its plea has sought the certain directions to pass and pronounce a decree of permanent injunction against the Defendant Nos. 1- 8, who are liable jointly and severally, restraining the said Defendants, their directors, principal officers, employees, legal and/or statutory appointees, agents, power of attorney holders, assignees. representatives, legal representatives, executors, successors,-in-interest, legatees, financers, co- producers and distributors and/or any other persons acting for and on their behalf from broadcasting, telecasting, releasing in theatres and/or any other digital/OTT platform or in the public domain by any means whatsoever, playing, displaying and/or showing in any platform in any manner whatsoever, the film ‘Gunjan Saxena…The Kargil Girl’ in public domain, privately or otherwise, by any means whatsoever, without the grant of NOC from the Plaintiff.

The petition alleges that the Defendants kept the Plaintiff No.2 in the dark about the real intent of the movie i.e. to show the Plaintiff No.2 which is an esteemed and prestigious air wing of the Indian Armed Forces in negative light based on misleading and manipulative facts.

It cited that the makers also avoided entering into a formal agreement, or a Memorandum of Understanding (MoU), with the IAF. The plea argued that the pact was a prerequisite under the 2013 guidelines and the “in-principle” approval accorded to the makers of the film was at all times subject to the execution of the said MoU.