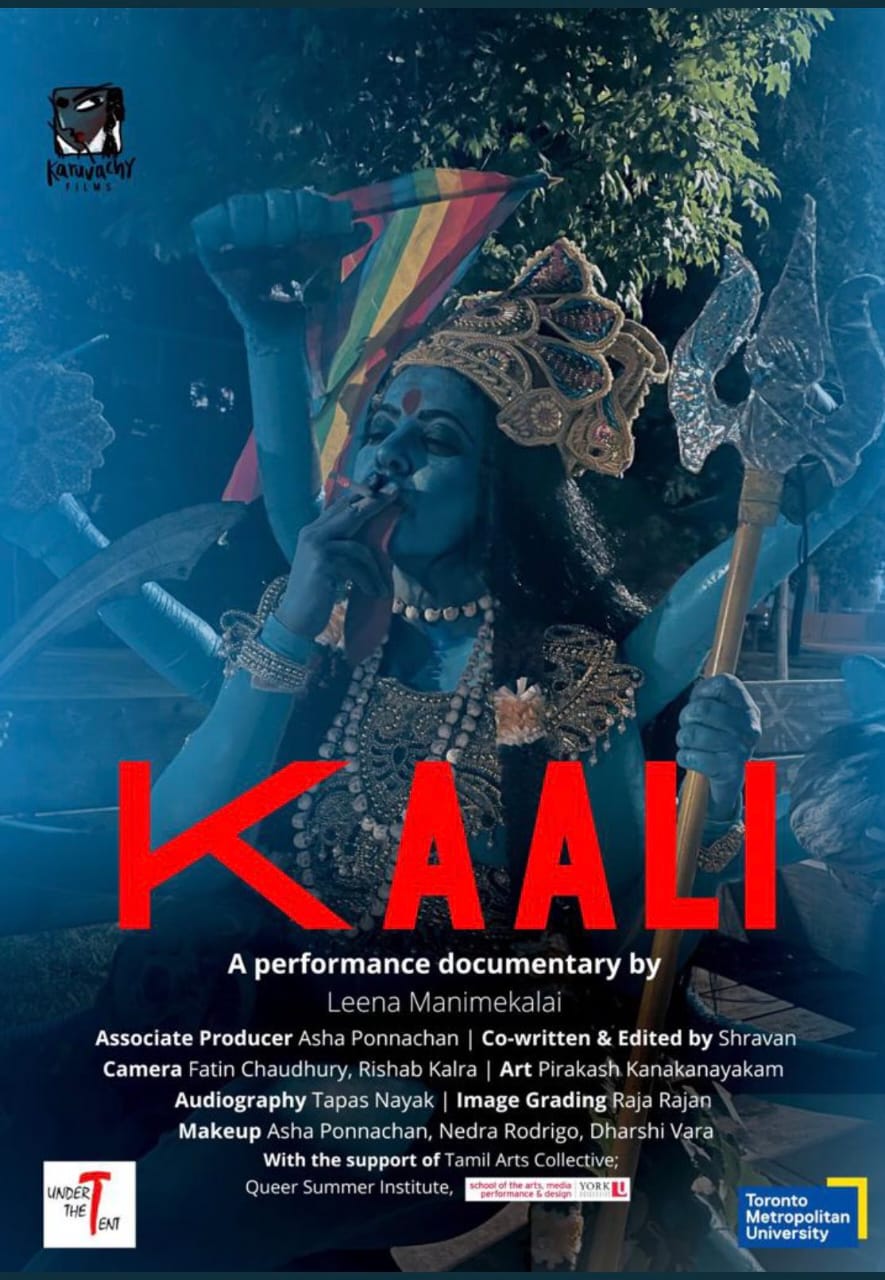 A Delhi-based lawyer has filed a police complaint with a copy to home ministry against Leena Manimekalai, Director of documentary movie Kaali for hurting the religious sentiments of people with the “highly objectionable” post.

According to reports, lawyer Vinit Jindal has demanded a ban on the objectionable photo and the clip from the documentary, which was shared by Leena on July 2. He said the poster, which shows a woman dressed as Goddess Kaali smoking a cigarette, hurt the sentiments and beliefs of the Hindu community.

The background of the picture showed a flag of LGBT community pride flag. Some time back, the Indian filmmaker had taken to her social media account to share the poster of her upcoming documentary film.

The documentary has been launched at the Aga Khan Museum, as part of the Rhythms of Canada.

Gau Mahasabha chief Ajay Gautam has also expressed his resentment against the poster of the film, requesting the same to be withdrawn.