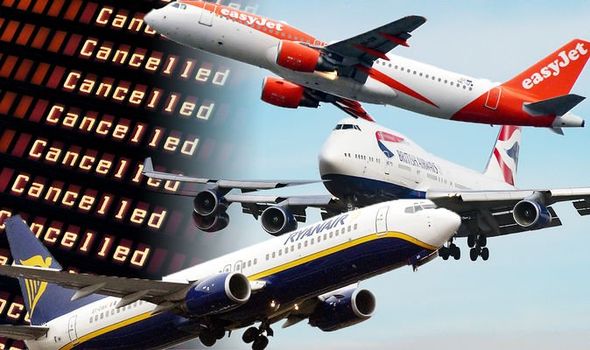 The Supreme Court has suggested that a credit shell, a time period of at least 2 years, be given for, within which passengers should be allowed to use that credit for travel on any route.

A three-judge Bench of Justices Ashok Bhushan, Sanjay Kishan Kaul, and MR Shah today asked for a response from Airlines regarding the full refund of fare for airline tickets that are booked during the COVID-19 lockdown period while also directing the Ministry of Civil Aviation (MCA) to convene a meeting to sort the technicalities involved in this issue.

A petition was filed by Pravasi Legal Cell, an NGO before the Apex Court stating that airlines in India are violating the MCA order that had directed all the airlines to pay full amount of refund for tickets that were booked during the COVID-19 lockdown period. The failure of the airlines in refunding the amount of the flights that got cancelled due the pandemic and the subsequent imposition of the nationwide lockdown restricting movement of people is violative of Civil Aviation Requirement, 2008 issued by the Directorate General of Civil Aviation (DGCA). The airlines are not providing refund of the full amount and instead are only giving a credit shell to the citizens which will be valid for one year.

The Court also issued notice today in the plea filed by Travel Agents Federation of India, which us a body of 1,400 travel service intermediaries and non-IATA members from all over India. The federation moved to the Apex Court seeking to intervene in the present petition filed regarding the refund of air tickets during the COVID-19 lockdown period. According to the intervention application  the office memorandum issued by MCA fell short of offering an effective and complete resolution to the plight of the passengers.

During the hearing Solicitor General Tushar Mehta stated that in his personal view money should be returned.

Senior Advocate Harish Salve, appearing on behalf of SpiceJet informed the Bench that the airlines have suffered a huge hit of 60 billion dollar globally due to the pandemic, have really low revenue and have already created a credit shell.

The Court took note of the following issues during the hearing today:

• Can the airlines give a credit that will work for customers or refund the tickets?

• The travel agents are often not paid in full for the tickets booked by the customers and there needs to be some credit facility for their benefit.

Salve, stated that nowhere in the world are airlines refunding the complete fare, suggested to sit with the civil aviation ministry and come up with a solution.

The Supreme Court issued the following few directions in the hearing today:

• Asked Centre to take a stand on this issue,

• Centre and Airlines to discuss the modalities and file a response before the Court,

• Suggested that in the credit shell, a time period of at least 2 years should be given. Passengers should be allowed to use that credit for any route,

The MCA memorandum, in question in the present petitions was issued on April 16, by the Ministry of Civil Aviation (MCA) that had directed all airlines to refund the full amount collected for all tickets booked from March 25 to April 14, the first phase of the lockdown period. The airlines were also directed to refund the amount for cancellation of a ticket booked during the first lockdown phase for travel during the second lockdown period, without imposing any cancellation charges.

Did you find apk for android? You can find new Free Android Games and apps.
Share
Facebook
Twitter
Pinterest
WhatsApp
Previous articleWorking from home is not for me
Next articleDelhi HC Directs Authorities To Consider Plea On WHO Guidelines For Use Of Disinfectants