Though Delhi is yet to participate in this scheme, the centre plans to directly empanel private hospitals so that patients from neighbouring states can benefit 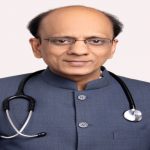 India has one of the highest out-of-pocket expenditures on health in the world. This is of concern because a large majority of the population lives below the poverty line. Lack of public awareness and education further increase the gap making healthcare more inaccessible and unaffordable. Also, by and large, we have a “curative” approach rather than a “preventive” approach towards health. Hence, universal health coverage is the need of the hour. This means good quality healthcare that is available, accessible, affordable and accountable.

The Delhi government started the concept of mohalla clinics to provide primary healthcare to the low-income population. The central government is also proposing to build 1.5 lakh wellness clinics.  Both are good ideas and in due course, may alter the healthcare scenario of the country. However, for providing secondary and tertiary specialty care, the Delhi government is yet to come up with a definitive universal scheme.

However, the central government has launched Ayushman Bharat, which provides coverage of up to Rs 5 lakh per family per year for those registered under the scheme and those who cannot afford secondary and/or tertiary healthcare with no restriction of family size.

Under the scheme, the central government is reimbursing expenses for various procedures to both government and private empanelled hospitals. Currently, the government does not have the infrastructure to look after all 50 crore registered people in government hospitals and hence, it is dependent on private hospitals to get empanelled.

Although the insured amount is Rs 5 lakh, practically speaking, the amount reimbursed would be much less because there is a capping for every procedure. Most routine surgeries would incur a cost much less than Rs 50,000 per procedure. This will make it viable for any insurance company. Many private hospitals are finding these capped rates for some critical procedures too low. But can they refuse to participate?

Firstly, these charges will get auto-corrected over time or get compensated with other procedures where the charges are reasonable. Secondly, if hospitals still refuse to empanel or any state government refuses to participate in the scheme, the government may use other options.

In Delhi, where the state government is yet to participate in the scheme to ensure advanced super-specialty care for beneficiaries of Ayushman Bharat, the centre plans to directly empanel private hospitals. These hospitals have so far been out of the purview of the scheme as the Delhi government has not signed on the initiative. But the deal will benefit patients from neighbouring states, not Delhi residents. All the neighbouring states are part of the scheme. As per the Delhi government, it will come back with its own policy which will cover a larger section of society.

This is because Delhi gets many patients from neighbouring states who come here for super-specialty care. All the neighbouring states are part of the scheme. If Delhi hospitals are empanelled under it, Delhiites eligible to get benefits under it will not have to travel all the way back to their states to get treatment. They can avail the services in the empanelled Delhi hospitals.

Also, the Supreme Court in a catena of cases has held that the right to health and medical care is a Fundamental Right under Article 21 read with Articles 39(e), 41, and 43.  Article 21 of the Constitution provides: “No person shall be deprived of his life or personal liberty except according to procedure established by law.” Article 47 is one of the Directive Principles and directs the State “to raise the level of nutrition and the standard of living and to improve public health… as among its primary duties”. Therefore, it is the duty of the state to look after public health.

Also, the government will simultaneously need to make provisions to increase the health budget. Not doing so will violate Article 39(e) which states that “the health and strength of workers, men and women, and the tender age of children are not abused and that citizens are not forced by economic necessity to enter avocations unsuited to their age or strength”.

If the government cannot still provide healthcare, it can invoke the Essential Commodities Act. It is an act of parliament which was established to ensure the delivery of certain commodities or products, the supply of which if obstructed owing to hoarding or blackmarketing would affect the normal life of the people. This includes foodstuff, drugs, fuel, etc. The same will cover drugs and investigations. But, the Essential Commodities Act can be enforced only in emergent conditions or as a life-saving measure.

The central government is also proposing 100 percent insurance for the public with the rich paying a higher premium and the premium for the poor being paid by the government. If this happens, the cost of treatment in various hospitals will become reasonable and affordable.