154,225FansLike
654,155FollowersFollow
0SubscribersSubscribe
Home Opinion on News How Safe Are ... 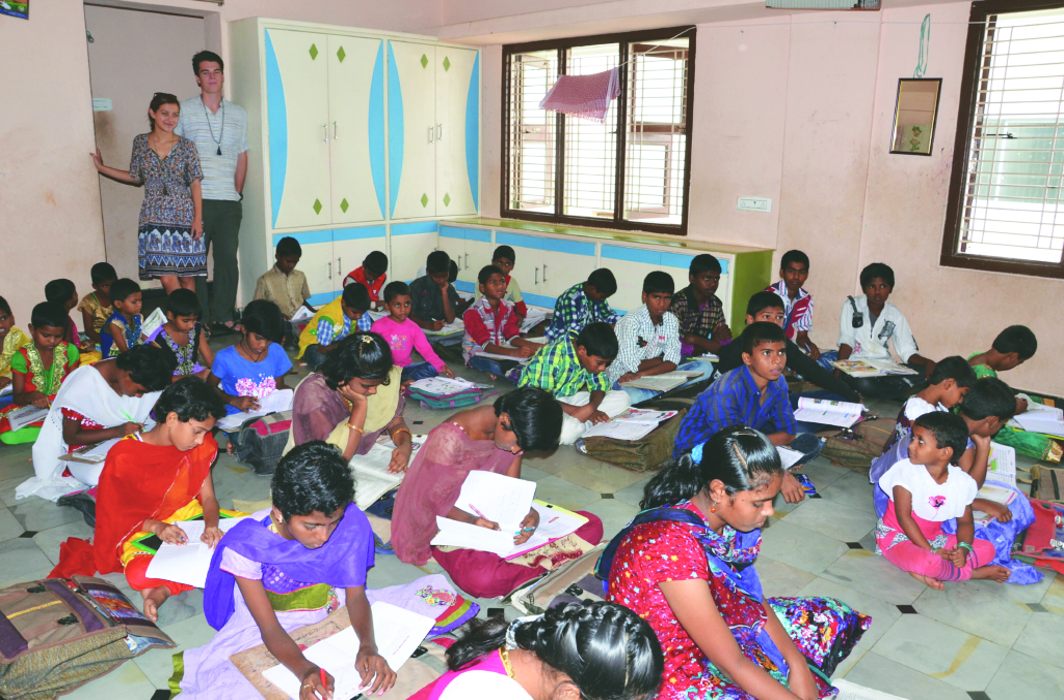 Above: Children at an orphanage/Photo: globalgiving.org

India is a signatory to the UN convention on child rights, and other laws like the JJ Act too have been amended in the interests of the child. But has all that made a difference?

The report of an 11-year-old girl giving birth to a baby after she was gang-raped by several men has left the nation in shock. What happens to children like these who have suffered unbelievable trauma and are in need of care? In 1989, the United Nations Convention on Rights of the Child (UNCRC) became a legally binding treaty covering four major categories of rights for children—Right to Life, Right to Development, Right to Participation and Right to Protection—with the child at the centre.

One hundred and ninety-six countries and UN member-states have ratified the convention, barring the USA. According to the convention, the State must form laws and policies which are child-centric. As family care is the best form of attention to a child, the UNCRC instructs the State to ensure that a child is not separated from its family.

However, this is not the first attempt to ensure protection of children using a legal tool. In 1960, the parliament had passed the Children’s Act, which established a uniform definition for children. Prior to this Act, there were eight Children’s Acts operational in different states of India. Among the major high points of these Acts were the formation of child welfare committees, children’s courts and the provision against keeping children in jails or police stations. After the enactment of the (JJ) Act in 2000, new clauses were added in 2006, 2011 and 2015, respectively.

The JJ Act of 2000 for the first time defined that anybody who has not completed 18 years is a child. The amendments made in 2015 defines “the best interest of child” in line with the UNCRC. According to the Act, it means that any decision taken regarding the child must ensure fulfilment of its basic rights and needs, its identity, social well-being and physical, emotional and intellectual development. The 2015 amendment also increased the ambit of who a child in need of care and protection would be. The Juvenile Justice (Care and Protection of Children) Act, 2015, therefore, highlights the need for alternative care for children in need. This legal tool attempts to provide children holistic care and development.

“In India, foster care and sponsorships are not very popular. The Indian government is encouraging adoption, however there is not much success there either,” confesses Rakesh Srivastava, Secretary, Ministry of Women and Child Development. Of the 14,000 applications registered for prospective parents, only 900 children are up for adoption. There are 6,000 registered childcare institutions, which follow the standards laid down by the government for child protection.

However, there are many homes and institutions which are not registered and hence there is no available data or any system or tool to implement and monitor child protection standards.

In India, 170 million children are living in difficult situations and in need of care. This means that these children are either in dysfunctional families or have been abandoned by their families. Only a minuscule number of them enter childcare institutions or find safety and protection. Gatekeeping—ensuring that the children continue to grow unhindered in their families or communities—becomes impossible due to lack of sufficient data.

It is well established that families provide the best environment for children to grow up and develop to their potential. Both the UNCRC and JJ Act take this into consideration. However, again, monitoring/intervention is often not possible due to the lack of data.

One of the hurdles faced by child rights activists and social workers is the complexity of various guidelines made to assist implementation of the law. The Integrated Child Protection Scheme has been designed to strengthen families in order to avoid abandonment of children due to lack of resources. The schemes and financial resources are often spread out across various ministries. But often there is a hierarchy among ministries which further complicates the smooth functioning of these schemes. Often the social worker is not aware of all the schemes the State is providing for strengthening the family.

The best interest of the child is a principle which should clearly define where the child is placed. However, the controversial question here is—who is fit to decide? A child who is five years old would not be able to take a decision. The child committee members, in that case, would make the decision. How-ever, are they well-equipped? This is an issue which has not received well-founded affirmations.

Only 0.186 percent of the GDP is allocated to the Ministry of Women and Child Development. Resources are a major stumbling block when it comes to providing support to families in need.

One of the first countries to successfully implement the UNCRC guidelines is Romania. After the ratification, research showed that there were 6,000 children in need of families. The Romanian government found families for each of the 6,000 children identified, based on local law in accordance with the principle that family care is best for the child.

The Rwandan government enacted the Law on the Rights and the Protection of the Child (2011), a Strategy for Child Care System Reform (2012) and an action plan called “Let’s Raise our Children in Families” (2012) which guide the implementation of the reform process. According to this law, the government can close institutions providing residential care and move the children to other forms of alternative care.

The South Asian region is heavily dependent on institutional care or homes for children in need. Though the domestic laws are now pushing towards reintegration of children in homes with their communities, strong government systems are required to ensure child protection.

The governments and the implementation bodies will have to remember that it is not about policies, it is about the child and its best interests.