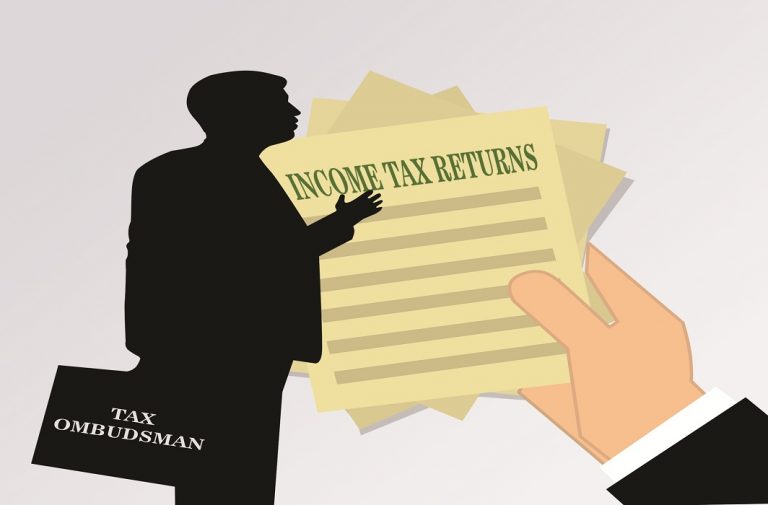 In a short-sighted move, the government has abolished a post that was bringing relief to taxpayers and helping them solve their tax-related issues

There is disappointment in certain quarters of trade and industry with the government abolishing the institutions of Income Tax Ombudsman and Indirect Tax Ombudsman. Many saw virtues in a grievance redressal system independent of tax departments.

An Ombudsman is “an official appointed to investigate an individual’s complaints against maladministration, especially that of public authorities”. Indirect Tax Ombudsman Guidelines, 2011 made it clear that these were introduced “with the objective of enabling the resolution of complaints relating to public grievances against the Customs, Central Excise and Service Tax Depart­ment and to facilitate the satisfaction or settlement of such complaints”.

The guidelines state that the Om­buds­­man can receive complaints from taxpayers on certain grounds. These include delay in various areas such as issue of refunds or rebate, in giving effect to appellate orders, in adjudication, in release of seized books of acc­ounts and assets even after the proceedings are completed, non-acknowledgment of letters or documents, violation of administrative instructions and circulars issued by the higher authorities, etc. The Ombudsman also has the power to ask the tax department to provide information or furnish certified copies of any document relating to the complaint. Anyone can make a complaint to the Ombudsman against a particular tax department official. However, the guidelines state that a complaint will not be taken up unless a written representation has been made to the grievance cell or an authority superior to the one complained against, and no reply is forthcoming for a month or the reply is unsatisfactory.

On receipt of a valid complaint, the Ombudsman is to consider such complaints and facilitate their satisfaction or settlement by agreement, between the Department and the aggrieved parties. In case of failure to do so, the Ombuds­man was to pass an award which was to be a ‘speaking order’. However, the Ombudsman was debarred from issuing directions affecting the quantum of tax assessment or imposition of penalties under the Customs, Central Excise and Service Tax statutes. It was thus made clear that Ombudsman was not to interfere in the normal quasi-judicial proceedings in respect of tax assessment, imposition of penalty, etc. The Ombuds­man also had the power to direct the concerned department to pay token compensation not exceeding Rs 5,000 for the loss suffered by the complainant.

It was also clarified that the proceedings before the Ombudsman would be summary in nature. He would not be bound by any legal rules of evidence and could follow a procedure that appears to be fair and proper.

The Ombudsman is independent of the jurisdiction of the indirect tax department but has no authority over the Central Board of Indirect Taxes and Customs (CBIC) or CBEC, as it was then called, and the directorates under it. Further, he has no power to pass an award in a case where the responsibility for taking action by virtue of his findings lay with the CBEC. In such cases, the decisions of the Ombudsman are to be recommendatory.

The government justified the abolishing of the institutions of two tax Ombudsmen by stating in a press release that the decision came “in the wake of alternative complaint redressal mechanism chosen by the public” and that “the institution of Ombudsman could not prove to be more effective than regular, existing, parallel channels of grievance redressal”. It was further stated that the “institution of Ombudsman failed to achieve its objectives”, and that “institutions of new complaints have in turn fallen to single digits”. It further said that taxpayers started preferring alternative methods of grievance redressal like CPGRAMS (Centralized Public Grievance Redressal and Monitoring System), Aaykar Seva Kendra, etc. Finally, it said that “it was also decided in 2011 to close vacant offices of Indirect Tax Ombudsman”. This last assertion is not correct. Rather, the deci­sion to set up the institution of Indirect Tax Ombudsman was taken in May 2011.

Let us now look at the justifications given for closure of the two institutions. First, the “alternative complaint redressal mechanism” mentioned in the press release was already in place for quite some time before the institution of Indirect Tax Ombudsman started working from April 2012. One of the main objectives for introducing the guidelines was “enabling the resolution of complaints relating to public grievances against the indirect tax authorities”. Obviously, if the existing alternative methods of grievance redressal like CPGRAMS were good enough, there was no need to set up the institution of Indirect Tax Ombudsman. In fact, this office was to supplement the efforts through CPGRAMS.

Secondly, if the institution of Ombudsman failed to achieve its objectives, the step forward should have been to look into its shortcomings and take corrective actions. The guidelines have laid down, in the concluding paragraph, that if any difficulty arose in giving effect to the provisions of these guidelines, the central government was authorised to make such provisions as considered necessary or expedient for removing the difficulty.

Apart from the basic function of dealing with complaints and grievances of taxpayers, the Ombudsman was given some other onerous responsibilities as well. It was his duty to identify issues that increased the compliance burden for taxpayers, and bring them to the attention of the CBEC and the finance ministry. He also had the power to suggest remedial measures for redressal of grievances. Further, the Ombudsman was to furnish an annual report where he was to review the quality of working of tax departments on the basis of grievances handled by him and make recommendations to improve tax administration.

Based on my experience as the first Indirect Tax Ombudsman in 2012 after completing my tenure as chairman, CBEC, I would say that at the initial stage, there was lukewarm response from aggrieved taxpayers. Their main concern was that tax department officials against whom they were complaining may not take their complaints kindly. Also, some of them would have to deal with the same officials in future too. So, they preferred to make the complaint anonymously. But this was not permissible. It took some efforts by supervisory officers in the tax departments to build confidence among the taxpayers in using the platform of the Ombudsman.

In the first two years, the maximum complaints were about delays in giving effect to appellate orders that had provided relief to taxpayers and had attained finality. Another grouse was delay in refunds or rebates and in releasing seized books of accounts and assets even after proceedings relating to them were completed.

Gradually, taxpayers started warming to the institution of Ombudsman when they started seeing results and their misapprehensions about retaliation from tax officials were belied.

The sharp decline in the number of complaints, cited as justification for the closure of this office, can be attributed to many reasons. First, the posts of Ombudsmen at different places were kept vacant for a long period during the past five years, giving an impression to taxpayers that the government was not serious about their functioning.

Secondly, their functioning was governed by the guidelines, and there was no act of law empowering Ombudsmen with different functions. Without a legal backing and without any effective power to ensure compliance by the tax official, the institution of Ombudsman was toothless.

Thirdly, an Ombudsman could settle complaints either through agreements between the complainant and the tax department through conciliation and mediation or by passing an award. Compensation for loss suffered by a complainant was only a token amount not exceeding Rs 5,000.

Fourthly, unlike CPGRAMS which could be accessed by taxpayers online, proceedings before the Ombudsman were not IT-enabled.

Finally, the institution of Ombudsman for resolving public grievances in respect of government authorities has been successfully operating across the world. Even in India, we have Ombudsmen in many government departments including insurance, banking, etc. Very recently, the government approved a three-tier structure for resolution of consumer grievances in the telecom sector through setting up of an Ombudsman. So, the need for an independent authority like an Ombudsman in the two tax departments which are more prone to public grievances cannot be undermined.

It would, therefore, be fair to conclude that the institution of Ombudsman has been given a not-so-decent burial and that too, unjustifiably. Rather, IT-enabled and adequately empowered Ombudsmen for both Income Tax and Indirect Taxes would have served the cause of aggrieved taxpayers better.

—The writer is former Indirect Tax Ombudsman and former Chairman, Central Board of Excise & Customs