Home Opinion on News Trafficking of Persons Bill, 2018: Hope for the Hapless! 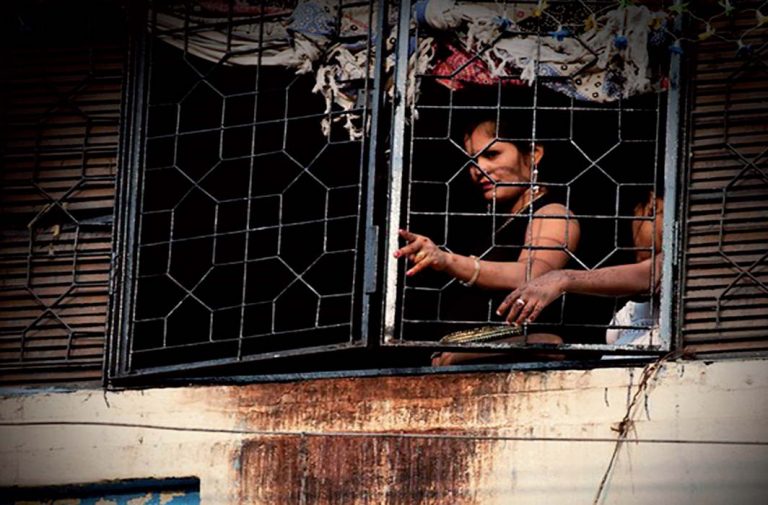 The introduction of Trafficking of Persons Bill, 2018 in Parliament is expected to help in prevention and the rescue and rehabilitation of those trafficked

Having been deeply involved in the making of the Trafficking of Persons (Prevention, Protection and Rehabilitation) Bill for almost 20 years, I can say that its introduction in Parliament presents a historic opportunity to get rid of this scourge that has put India on top of the “modern slavery” list.

This Bill promises to make our constitutional mandate, which had declared all forms of human trafficking and beggary (forced labour) crimes, a reality. After 63 years of the Constitution, this horrendous organised crime was defined under the Criminal Law Amendments Act.

It is no coincidence that spontaneous signature campaigns have been launched by people to urge Parliament to get this Bill passed in the monsoon session. The campaign is visible, especially in Delhi, Samastipur and Raxaul (particularly notorious for trafficking).

The trigger for this movement was a consultation at which prominent MPs of the Lok Sabha—Geetha Kothapalli, Manoj Tiwari and Shatrughan Sinha—came face to face with 11 victims of various types of trafficking from nine states.

Sinha, popular actor-cum-politician, said: “The more I listen to these stories, the more my determination to support the Bill whenever it is introduced.” Tiwari, MP from Delhi, admitted that most MPs did not have sufficient knowledge of the Bills that came before them. “But this session has enriched my know-ledge and I will see that it gets passed.”

The stories of survivors were heart-wrenching, to say the least. There was Ram Avtar (name changed), an agricultural labourer, who said he had received only Rs 20,000 as compensation after being released whereas as per law, he was entitled to a minimum compensation of  Rs 2 lakh. “I was released from bonded agricultural labour on October 14, 2014. We have been victims for generations. We had 10 katthas (one kattha is 720 square feet) of land which is in possession of human traffickers. I want this land back and the house built on it transferred to my name. There is no employment under MGNREGA (Mahatma Gandhi National Rural Employment Guarantee Act, 2005), that guarantees the right to work for at least 100 days,” he said.

Uma Devi, a mother of six girls and five boys and the pradhan of her village in UP, still has horrific memories of the bondage she endured until 2009 in the mining belt of the area. She said: “Now I run a grocery store in my village. Eighty-seven of us were rescued from bonded labour in 2009, out of whom 64 got a fixed compensation of Rs 20,000 from the sub-divisional magistrate on the orders of the ministry of labour.”

The case of Chaya, an aspiring girl forced into the commercial sex trade at 12 years, is no different. “The law on trafficking is not tough. Enforcers of these crimes are allowed to escape and continue to enjoy their lives. There is always a delay in the delivery of justice. Such activities only stop when there is a police raid. But these take place infrequently. So there is no hope. I am now living in a juvenile home, making jute-based products. I am yet to receive compensation,” she told the audience.

Then there is Devesh of Tamil Nadu, now a second-year engineering student. Shockingly, he was trafficked to a textile mill owner in Tirupur at 14 years. Haseena of North 24 Parganas, West Bengal, is among 70 of the 121 survivors of human trafficking who have formed an anti-trafficking body called Utthan.

She said: “A major problem is that most of us are trafficked to other states from our home state. In my case, I was trafficked from Kolkata and sent to Mumbai. After being rescued and returning home, I experienced the horror of stigmatisation by neighbours.

The government should also have a provision for video-conferencing of depositions between states so that victims are not made to run from pillar to post. Compensation should also be provided immediately.”

There are other cases such as Vinita’s of Chhattisgarh. She was trafficked to a brick kiln owner in Odisha’s Bhadrak district and was eventually rescued by Jan Jagriti, an NGO. Surya of Tamil Nadu was trafficked for Rs 5,000 at 14. Kamya was trafficked for a paltry Rs 25,000 from Sajjapur in Madhya Pra-desh to Pune. A power loom worker from Tamil Nadu said he was deprived of a kidney in Sri Lanka on the promise of receiving Rs 7.5 lakh. He said he received only Rs 2 lakh and claimed he was threatened by the district collector of Namakkal district for not withdrawing his case.

Prior to Nirbhaya, the term “human trafficking” was not even defined and the existing law—the Immoral Traffic (Prevention) Act,1986—had been limited to “prostitution”-related commercial sex, wherein the majority of cases ended up in re-victimising the women  The Supreme Court and civil society organisations had been asking the ministry of women and child development to prepare comprehensive legislation on trafficking. The ministry after consultations with domain experts, civil society and survivors started drafting the Bill. The Bill was discussed in the Group of Ministers before being approved by the cabinet in February 2018.

As I was part of the consultation process, I can say with authority that the Bill incorporates prevention and rescue and rehabilitation of those trafficked, be it child labour, forced marriage, sexual exploitation, organ trade, forced surrogacy, etc.

Some of the salient features of the Bill introduced in Parliament are:

Timely Justice: The Bill provides a 90-day timeframe for completion of investigation and strong mechanisms for rehabilitation of victims.

Protection of Victims and Witness: The Bill, in every procedure, maintains the confidentiality of the victim. For instance, it provides that the designated court may record the statement of any victim through video-conferencing in cases where she/he is unable to appear before the court for reasons of safety or confidentiality. This includes cases where the victim has been repatriated to any other state or country. Notwithstanding anything in this Act, the inquiry into and trial of offences under this Act may be conducted in camera if an application is made in this regard by the victim.

In such a case, the state government shall not proceed with the investigation of the offence and shall transmit the relevant documents and records to the Bureau.