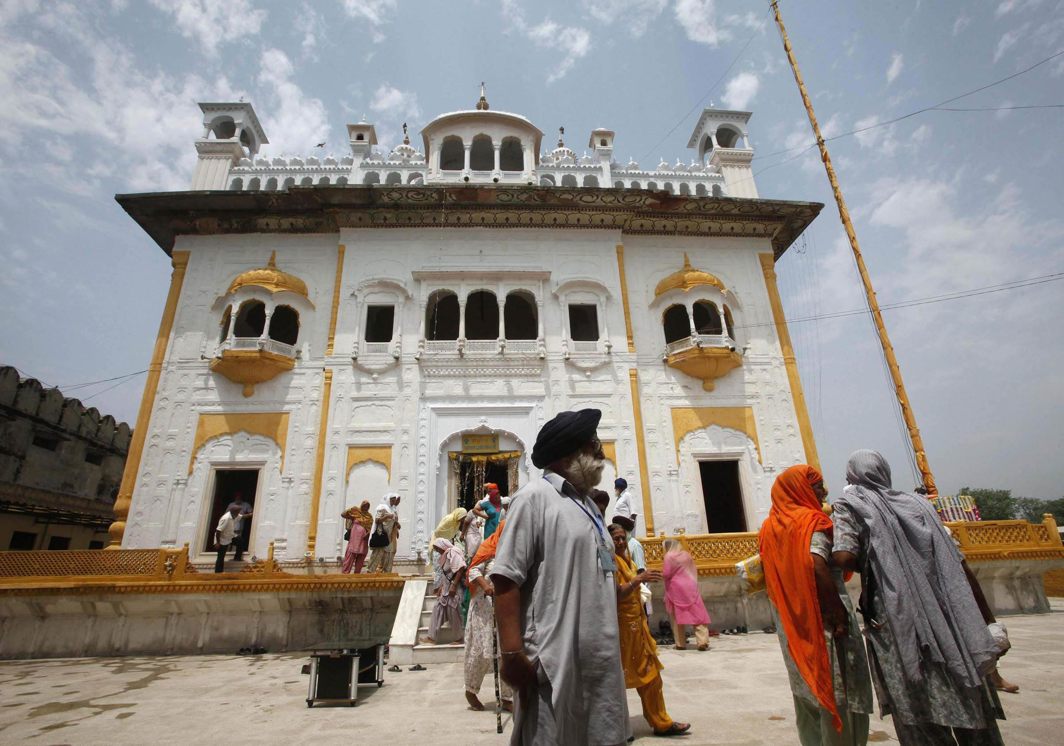 Above: Sikh pilgrims at the Maharaja Ranjit Singh mausoleum in Lahore/Photo: UNI

Despite efforts last year to bring about warmth in Indo-Pak ties, the narrative remains unchanged. And it will continue to be so unless each country has stakes in the other. With no business or direct trade ties at present, there can be little hope of any breakthrough, more so because the peace constituency in both countries has considerably shrunk in the last year or more. The volley of accusations and countercharges by politicians and foreign officers of both countries continues. All this despite secret meetings between India’s National Security Adviser, Ajit Doval, and his Pakistani counterpart, General (Retd) Nasser Khan Janjua, in Thailand last year and their frequent telephonic conversations. One wonders what they talk about when nothing changes on the ground.

Hopes raised after the two sides agreed to follow the Geneva Protocol guidelines for diplomats in letter and spirit were soon belied with the latest round of intimidation of Sikh pilgrims visiting Pakistan. It is difficult to comprehend who is right and who is wrong with the nationalist press on both sides taking the cue from their respective foreign offices. So where are ties between South Asia’s nuclear neighbours headed? Will there be no respite from the animosity of the past?

The latest fracas is Delhi protesting about Pakistan refusing to allow visiting Sikh pilgrims to meet the high commissioner, Ajay Bisaria, and other officials in Islamabad. Bisaria and other diplomats were turned back when they were on their way to meet the pilgrims at the Punja Sahib gurudwara. Delhi also claimed that Pakistan was inciting Sikh pilgrims to agitate for Khalistan.

Pakistan has categorically rejected the Indian charge. It is a fact that during the heyday of the Khalistan movement Pakistan was an active supporter of the Khalistanis. A few Khalistani hotheads remain in Pakistan even today, though most have winged their way to Canada.

“By spreading such falsehoods, India stokes the controversy regarding visit of Sikh pilgrims, attending the Baisakhi and Khalsa ceremonies in Pakistan,” tweeted the foreign office spokesman of Pakistan.

According to the Indian external affairs ministry, around 1,800 Sikh pilgrims were travelling to Pakistan from April 12 under a bilateral agreement on facilitating visits to religious shrines. India called Pakistan’s action “inexplicable diplomatic discourtesy”, pointing out that this amounted to a “clear violation of the Vienna Convention of 1961, the bilateral Protocol to visit Religious Shrines, 1974 and the Code of Conduct [for the treatment of diplomatic/consular personnel in India and Pakistan] of 1992”.

The bottomline is that there will be no forward movement on either side. “India and Pakistan are both in election mode. Until new governments are in place, there is little hope of any breakthrough in relations,” a senior Pakistani diplomat, who did not wish to be named, said. That seems to be the opinion all round. Yet, when it comes to relations between the two arch enemies, nothing can be taken for granted.

Pakistan goes to elections this July, and India next summer. The state has ensured that Nawaz Sharif, the former prime minister who wished to build trade and other ties with India, is kept out of politics. A pliant judiciary has enforced the military’s wishes to ensure that Sharif becomes irrelevant in Pakistani politics. He has been barred for life from taking part in elections. Sharif and his daughter and heir apparent are fighting a losing battle. The Pakistan People’s Party led by Asif Zardari and his son, Bilawal Bhutto, too has lost much of its former shine. The rising star is cricketer-turned-politician Imran Khan, who is heading the Pakistan Tehreek-e-Insaf party, and he may just form the next government in the country. He is believed to be the most acceptable to the military. According to Pakistani diplomats, until elections in both countries are done and dusted, the situation will remain static.

However, Dilip Sinha, a former Indian diplomat who was in charge of the Pakistan, Afghanistan and Iran desk, does not buy this line. “It has nothing to do with elections in either country. The problem is more fundamental. Till the Pakistan army changes its hostility towards India, no civilian government can talk of peace. Even if they do, as Nawaz Sharif realised, the peace process will be overturned by a terror attack on Indian soil.” According to Sinha, India has no option but to manage as best it can with a “difficult neighbour’’.

“So long as there are no terrorist attacks, no injection of fake currency into the Indian system and no outright war, we should be happy. It is foolish to expect more,” he added. According to Sinha, the Pakistan army is unlikely to change its attitude as raising the bogey of the Indian enemy helps the military to continue exerting its will on the people of Pakistan. Till such time that the people of Pakistan tolerate the army and look up to it, there will be no change in the India-Pakistan narrative.

Ever since the Uri and Pathankot terror strikes, people-to-people contacts between India and Pakistan have also dwindled. Neither government is keen to allow visitors from across the border. However, contacts between artistes, singers, writers and ordinary people are the best way to build bridges. Delhi is being short-sighted in giving in to the nationalist drum-beaters who will not allow Pakistani artistes to work in India. Allowing them would have enhanced India’s status as an open society.

Indian films are hugely popular in Pakistan and Pakistani plays are loved in India. Yet, artistes today can no longer work together. Even if such cultural activities won’t solve the complex issues that divide people, they can indirectly help the fragile peace constituency in both countries.

Instead, we have Prime Minister Narendra Modi giving meaningless speeches to his supporters in Britain. He is reported by the Indian media as saying that India had dialled Pakistan after its surgical strike, but the Pakistani generals were too scared to come to the phone. Of course, this was a speech to his supporters. But somehow it does not befit a visiting prime minister to speak this kind of language. Yet he was roundly applauded by the audience, consisting mainly of Indians. The event was organised by Prasoon Joshi, the lyricist and chief of the Censor Board of India. “This is Modi…he knows how to repay in the same language,’’ the PM told his admiring audience.

This kind of rhetoric suggests that the PM is in no mood to change his Pakistan policy. Combine this with the two-week Gagan Shakti exercise which was conducted by India recently on the Pakistan and China borders and chances of normalising or at least humanising ties with Pakistan look dim.