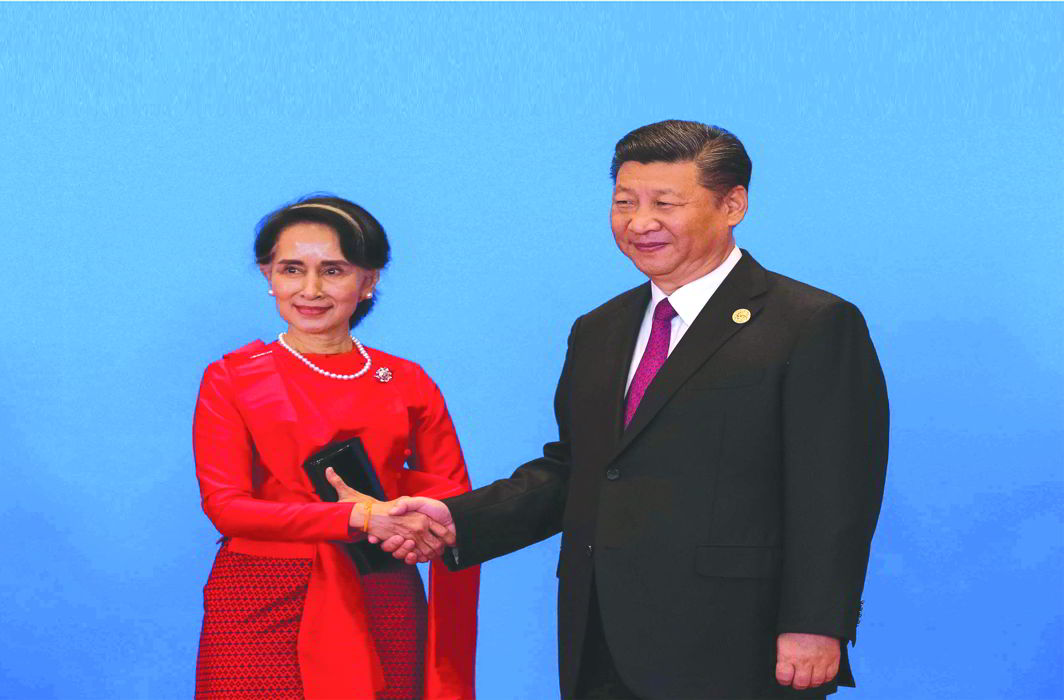 With Beijing mediating between Bangladesh and its neighbour in the return of Muslim refugees to Rakhine state, is China assuming a bigger role in the region?

The first-ever visit of Pope Francis to Myanmar to convey a message of peace and conciliation to a nation wracked by ethnic confrontation is perhaps the latest of the international efforts to defuse the Rohingya crisis. This year, the pontiff appealed twice to the Myanmar government to end the campaign of ethnic cleansing of the Rohingya minority from his balcony overlooking St Peter’s Square in Rome. However, his failure to mention the Rohingyas in his meeting with Myanmar’s de facto leader of the government, Aung San Suu Kyi, at Naypyidaw is significant. Perhaps the fear that the use of the “R” word would trigger an anti-Christian backlash, rather than diplomatic nicety, kept the pontiff from specific reference.

Myanmar’s allergy to the “R” word is perhaps the essence of the Rohingya problem. The international community, alarmed after the number of Rohingyas fleeing Myanmar swelled to 6,20,000, has taken a number of initiatives. These cover a wide range of issues.

The UN-supported international humanitarian conference last month raised $344 million from donors to support aid efforts for the Rohingya refugees in Myanmar. India rushed hundred tons of food and clothing under Operation Insaniyat to enable Bangladesh to help the refugees and Sikh humanitarian organisations provided hands-on help. The UN Security Council issued a statement strongly condemning the violence that caused the Rohingyas to flee, while the US strongly condemned the Myanmar military excesses and threatened to slap additional sanctions on its military leaders.

Among such interventions, China can claim credit for getting Bangladesh to sign an agreement with Myanmar on November 23 to allow the return of hundreds of thousands of Rohingya Muslim refugees to their homes in the Rakhine state. The Chinese peace plan draws upon detailed recommendations of the Kofi Annan Commission (KAC) report on the Rohingya issue, submitted to Myanmar in September 2017.

According to Chinese Foreign Minister Wang Yi, the first phase of the three-phase plan was “to effect a ceasefire on the ground, to return to stability and order, so the people can enjoy peace and no longer be forced to flee”. The second and third phases would facilitate an orderly return of those who fled to Bangladesh and “work toward a long-term solution on poverty alleviation” to resolve the Rohingya crisis.

According to an AFP report, since the signing of the agreement a week ago, more than 3,000 refugees have crossed over to Bangladesh. This would indicate that Myanmar has not adhered to the first phase of the plan and announced a ceasefire in Rakhine. It means it has not taken steps to halt the outflow of refugees to restore normalcy in that state. China will be able to provide economic assistance to Rakhine only after conditions for the safe return of the refugees are created.

But this is more easily said than done because Myanmar armed forces chief Senior General Min Aung Hlaing, who also controls the ministries of border affairs, home and defence, has continued to maintain that the Rohingya problem was created by the British colonialists. “They [Rohingya] are not the natives and the records prove that they were not even called Rohingya but just ‘Bengalis’ brought into Myanmar by the British during the colonial period,” he says.

He has forcefully denied the allegations of army atrocities against the Rohingyas. However, UN rights bodies and international NGOs like Amnesty International and Human Rights Watch have produced detailed reports on a host of violations committed by the army that triggered the Rohingya exodus. The army’s internal investigation in November 2017 has absolved it of all wrongdoing during the Rakhine operations.

The army chief’s views are shared by many of the Buddhist majority, who have come out in support of the army operations in Rakhine state. On November 19, a group of “military supporters” organised an event in which thousands of people from adjacent regions gathered in Mandalay to show their solidarity with the military and “good” civil servants. They chanted slogans in support of General Min and the military, working towards the goal of “protecting Myanmar’s sovereignty and unity”. They also read out a message from the ultra-nationalist monk Wirathu, who had gained notoriety for anti-Muslim activism.

Perhaps Suu Kyi’s muted and cautious response to the Rohingya crisis is due to public opinion in support of the military. Her welcome speech at the inauguration of the Asia-Europe Foreign Ministers Conference at Naypyidaw on November 21 was carefully worded, avoiding any reference to the Rohingya exodus. She said conflicts around the world gave rise to new threats and emergencies, citing how illegal immigration spread “terrorism and violent extremism, social disharmony and even the threat of a nuclear war”. Her reluctance to help the Rohingyas led to her being stripped of the Freedom of Oxford honour recently.

Though China has suggested the three-point plan to defuse the Rohingya crisis, it is significant that it has not condemned the human rights abuses committed against them. Its approach is carefully calibrated to retain its involvement in the critical issue without irking Myanmar and Bangladesh, which are relevant to China’s strategic access to South Asia.

Usually, China prides itself in not interfering in the internal affairs of other countries. By assuming the role of a mediator between Bangladesh and Myanmar, is China assuming a bigger role in keeping with its strength as a global power? Is it in response to the strategic dynamics of the region? The answers to both questions are in the affirmative.

A second aspect is whether China is filling the space created by the US failure to suggest a suitable plan to enable its protégé, Suu Kyi, to handle the Rohingya crisis more effectively.

US Secretary of State Rex Tillerson, who vacillated over the issue during his visit to Myanmar earlier in the month, condemned the ethnic cleansing of Rohingyas in a strong statement on November 22. He said: “After careful and thorough analysis of the available facts, it is clear that the situation in Northern Rakhine state constitutes ethnic cleansing against the Rohingya,” and the US supported an independent investigation into what happened in Rakhine state. He added that the US would pursue actions, including possible targeted sanctions. It is significant that Tillerson’s statement was made after China had announced its reconciliation plan.

Equally important is the failure of the ASEAN summit held in mid-November to recommend a concrete plan to resolve the Rohingya crisis. Apparently, the summit wanted to soft-pedal the issue, though UN Secretary General Antonio Guetteres cautioned ASEAN members that the consequence of bypassing the Rohingya issue might cause “regional instability and radicalisation”.

India’s stand on the Rohingya crisis had been driven by its own strategic considerations, not dissimilar to China.

Prime Minister Narendra Modi during his recent Myanmar visit had urged all stakeholders to find a solution that respects the country’s unity.

Even as Bangladesh and Myanmar signed an agreement to implement the Chinese peace plan, the Indian and Myanmar armies started on the first-ever counter-terrorism exercise in India, indicating New Delhi’s strategic priority. It was yet an affirmation of India’s reluctance to get involved in defusing a potential confrontational situation between two neighbours looked upon as strategic allies.

China assuming the role of a mediator in Myanmar is in keeping with its readiness to mediate in other confrontations in West Asia and South Asia between Pakistan and India.

It demonstrates China’s desire to use its growing international influence to provide an alternative global narrative to the West. Whether China succeeds or not in resolving the Bangladesh-Myanmar gridlock by taking the initiative, President Xi Jinping is living up to his vision of China as a global power.

—The writer is a retired military intelligence specialist on South Asia,
and is associated with the Chennai Centre for China Studies
and International Law and Strategic Studies Institute