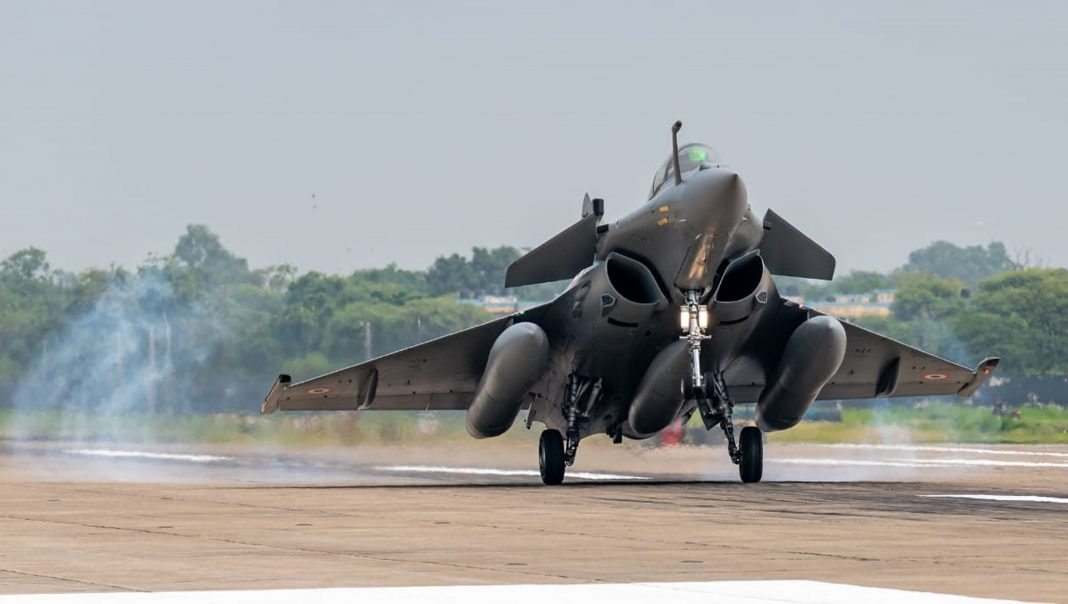 A judicial probe has been ordered by authorities in France into alleged corruption in the €7.8 billion sale of 36 Dassault-built Rafale fighter aircraft to India in 2016. A judge has already been appointed for the probe. The probe into the inter-government deal was initiated by the National Prosecutors’ office. Initially the prosecutors’ office was averse to holding his probe, but its hand was forced when French website Mediapart accused it of burying the investigation. A French anti-corruption NGO, Sherpa, has also alleged corruption, money laundering, favouritism and undue tax wavering in the deal.

In March 2015, businessman Anil Ambani visited the French defence minister’s office in Paris and held a meeting with his top advisors. After the meeting, Dassault and Reliance formed a joint venture company, Dassault Reliance Aerospace Limited, whose 51 percent stake was with Reliance and 49 percent with Dassault. Two days before President Francois Hollande visited India in 2016, an MoU was signed between the two countries. In September 2018, Hollande said that they didn’t have a choice as the Indian government proposed this group and they negotiated with Ambani.

A transgender high school boy was unlawfully prevented from using a bathroom in school corresponding to his gender identity. The boy waged a six-year legal battle against Virginia County School board. He was prevented during his school final exam. He passed out in 2017.

The court ruled that he was protected under the federal law, known as Title IX, that bars sex discrimination and in the US people should be treated equally. This battle started in 2015 and was taken up by the court in 2016, but the court didn’t issue any ruling and the case was sent back to lower courts.

The boy, Grimm, took admission as a girl and later on started attending school as a boy. Before this incident took place, he used the boys’ washroom for about seven weeks and then he was prevented from using it after some parents filed a complaint. In December 2014, the school board made a policy that the students will use washrooms according to the gender they had at the time of their birth. Grimm was given the option of using a gender neutralised bathroom which he refused.

American President Joe Biden, for his fifth round of nominations for federal judicial positions, has nominated Indian American Circuit Court Chief Judge Shalina D Kumar, in the Eastern district of Michigan. Kumar has been serving the Oakland County Sixth Circuit since 2007.

In 2018, Kumar was appointed as the Chief Judge of Circuit County by the Michigan Supreme Court. She would be first federal judge of Indian American and South Asian descent in Michigan.

The highest South African Court has ordered the arrest of former President of South Africa, Jacob Zuma. He has been pressed with contempt charges and imprisonment for 15 months, after he defied the order to appear before the corruption inquiry which is examining the financial scandals that took place during his tenure, between 2009 and 2018.

When Zuma did not appear before the court he was asked to report to the police station within five days to start serving his detention period. The court said that if he does not do so , the police must detain him.

Zuma has refused to testify before the enquiry, he has defied the court. He has even been ignoring the court’s contempt proceedings. Instead, Zuma has written a 21-page letter, stating that the court has been biased against him. Zuma was forced to step down from the post of president in 2018 after he lost an internal ANC battle against his then deputy, Ramaphosa.

The European court of Human Rights has dismissed the case of death of Yasser Arafat, the former chairman of the Palestine Liberation Organisation. The case has been brought up by his widow and daughter. They have alleged that his death was a result of poisoning. Arafat died in November 2004 at Percy Military hospital after he developed stomach pain.

In 2012, his widow said that traces of radioactive isotope polonium 210 were found on his clothes, alleging his murder. In 2017, the French court dismissed their claim so they filed a case with Strasbourg- based European Court.

The lawyers of Arafat’s widow have said that the investigation had been biased and they also accused the judges of closing the probe too quickly. His family even said that they have been refused their right to fair hearing, to which the judges after reviewing the case replied that the applicants have been able to exercise their rights effectively.