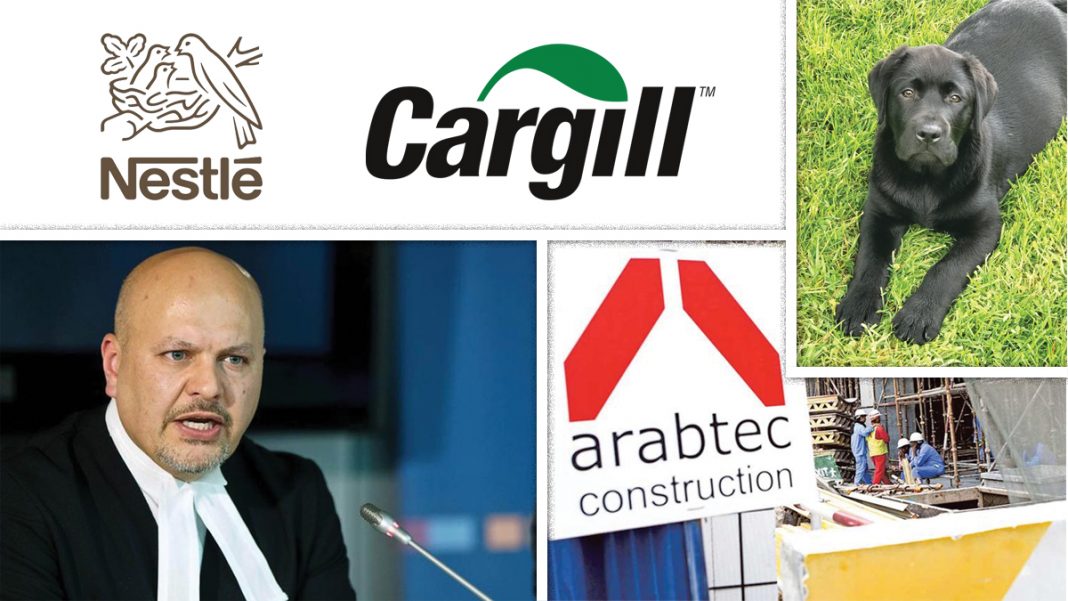 THE SUPREME Court of the United States ruled that Nestlé USA and Cargill Inc. can’t be sued in US courts over child labour abuses allegedly committed in Ivory Coast. The companies are accused of obtaining cocoa from plantations that relied on the forced labour of children.

According to the plaintiffs, the children between the age of 12 and 14 were trafficked out of Mali to Ivory Coast where they were forced to work for 14 hours a day, six days a week. The children were not paid for their work and were given just scraps of food to eat. They were even beaten with branches of trees by guards if they felt the children were not working fast enough.

The international giants said that they didn’t operate the plantations themselves, were against exploitation of children and were not responsible for the mistreatment. They also argued that under international law only individuals could be held responsible and not corporations.

“Nearly all the conduct that they say aided and abetted forced labour—providing training, fertiliser, tools, and cash to overseas farms—occurred in Ivory Coast,” wrote Justice Thomas of the US Supreme Court.

The High Court of Ivory Coast once had ruled that foreign corporations are immune from suit under the statute, in part because it found such liability that could complicate diplomatic relations and expose American companies to similar legal actions overseas. The case was filed in the year 2005 whereas the misconduct happened in the 1990s.

KARIM AHMAD Khan, a British-Pakistan lawyer took oath as the chief prosecutor of the International Criminal Court with a pledge to contact the states that are not among the members of the Court in his quest to end impunity for atrocities and try to conduct trials in countries where crimes are committed.

Khan has vast experience in international courts as a prosecutor and defence attorney. He has replaced Fatou Bensouda of Gambia after her tenure of nine-years.

“The priority for me, and I believe that’s the principle of the Rome Statute, is not to focus so much on where trials take place, but to ensure that the quest for accountability and in­roads on impunity are made. Wherever possible, we should be trying to have trials in the country or in the region,” Khan said in his maiden speech after taking his oath of office.

The Donald Trump administration had earlier opposed decisions made by Khan’s predecessor regarding launching an investigation into alleged war crimes in Afghanistan.

“My conviction is that we can find common ground in the quest and in the imperative to ensure we eradicate genocide, crimes against humanity and war crimes,” Khan added.

Khan is currently leading a United Nations investigation into war crimes committed by ISI in Iraq.

TWO YEARS ago, a Labrador called “Lol” became the first dog in Europe to provide official judicial support to crime victims, especially to those who have suffered from violence or sexual abuse. “Lol” has been trained to remain calm with strangers, including young children. He can handle tense, vocal and emotional situations such as cross-examinations, where a tearful rape victim comes face to face with her attacker.

Prosecutor Frédéric Almendros took the dog along with him for the trial. He says: “After examining a case, I call for the dog’s help if I believe it’s comforting presence will help victims open up about what happened, or even when they have to testify in court. The dog sitting next to them in court has often helped victims handle the stress of a trial.” He had heard about a similar experiment in the north-western US city of Seattle and decided to give it a try in his court.

So far, Lol has appeared in 80 different criminal investigations with victims ranging from three to 90 years old. In one case, an elderly couple traumatised by a violent burglary were only able to explain to police officers what happened with the dog in their presence.

THE PETITION filed by construction giant Arabtec to open bankruptcy proceedings has been accepted by the Dubai Court. A trustee has been appointed by the Court for each of its entities. Arabtec shareholders had authorised the board of the Dubai-listed construction company to file for liquidation in September 2020. This was due to its untenable financial position following the fallout from the coronavirus pandemic.

The Court ordered each appointed trustee to publish the bankruptcy decision of each entity, review its debts, deposit a record of its creditors, and conduct all the procedures stipulated under the bankruptcy law within 35 days.

Also an initial separate report on the assets of each entity and its rights with third parties has to be prepared. They must also prepare a list of all its managers, members of the board of directors and shareholders for the two years preceding the bankruptcy application. The report shall be deposited with the Court in two weeks.

The Court has scheduled the next hearing for July 26 to follow up on the procedures taken by the trustees.

EDWARD BLUM, a politically conservative legal strategist known for his activism against laws involving race and ethnicity, filed a lawsuit against Harvard University, through his organisation Students For Fair Admissions, alleging that the university discriminated against Asian-American applicants. The US Supreme Court is expected to reveal soon whether it plans to take up the topic of race in college admissions or not.

Blum is known to fight the cases on behalf of students, allegedly rejected to educational institutions on the basis of their race and ethnicity. The lawsuit filed in 2014 claims that the school gave Asian-American applicants lower personal scores on traits such as kindness and leadership, and offered unfair preferences to white, Hispanic, and Black applicants.

Harvard asked the Supreme Court to deny the request by Students for Fair Admissions and said that the allegations were baseless.