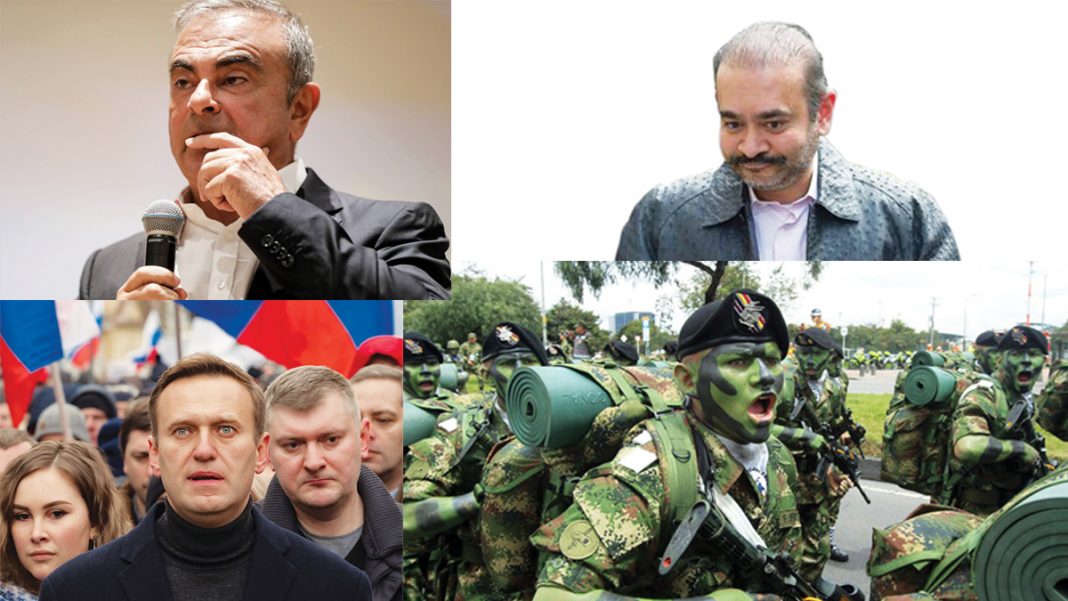 A UK district court has cleared the extradition of fugitive diamond trader Nirav Modi, saying that he will not be denied justice if he is extradited to India. Extradition Judge Samuel Goozee said that the court is satisfied that there is evidence that Modi could be convicted. Modi is wanted in India for fraud and money laundering in the Rs 14,000-crore Punjab National Bank (PNB) scam. He has been charged with defrauding the back of over Rs 7,400 crore. The judge delivered the ruling at the Westminster Magistrates’ Court in London. Modi had appeared for the hearing via video conferencing.

Modi was arrested on an extradition warrant in 2019. Crown Prosecution Service (CPS) barrister Helen Malcolm, representing the Indian government, sought to establish a case against him and also to establish that there are no human rights issues blocking his extradition. Modi’s defence team, led by barrister Clare Montgomery, has maintained that the whole issue is a commercial dispute involving “authorised though ill-advised lending” that took place in “broad daylight”.

In a major setback for Nepal Prime Minister KP Oli, the country’s Supreme Court has ordered the reinstatement of Parliament which was dissolved in December last. The ruling is likely to add to the troubles for the Himalayan country. A five-member constitutional bench headed by Chief Justice Cholendra Shumsher termed the dissolution of the House “unconstitutional” and has asked the government to summon the house session early. The judgment would mean a no-confidence vote for 69-year-old Oli. Meanwhile, India has opted to stay away from the ruling party crisis, calling it Nepal’s internal matter.

The verdict came in response to several cases filed with the court charging that Prime Minister Oli’s decision to dissolve the legislature was unconstitutional.

Carlos Ghosn accomplices to be extradited

The US Supreme Court has approved the extradition of an American father and son wanted by Japan as the duo which helped former Nissan Motor Co Ltd Chairman Carlos Ghosn flee the country. Last month, a US Judge cleared the way for US Army Special Forces veteran Michael Taylor and his son, Peter Taylor, to be handed over to Japan, after the State Department permitted their extradition.

Ghosn escaped the country last year, tucked in a box on a private jet. The flight took Ghosn to his childhood home Lebanon, which has no extradition treaty with Japan.

The former Nissan boss was on bail at the time, awaiting trial on allegations that he underreported his income and committed a breach of trust by diverting Nissan money for his personal gains. Ghosn has denied any wrongdoing and maintained that he fled because he could not expect a fair trial.

In what may be called a good news for Uber drivers, UK’s Supreme Court has ruled that Uber drivers are workers and are thus entitled to worker rights, such as minimum wage, paid annual leave etc. in line with the laws of the country. In the Uber BV and Others vs Aslam and Others, the court rejected Uber London’s stance that the drivers are only independent contractors with Uber as their booking agent.

The judgement was pronounced by a bench comprising Lord Reed (President), Lord Hodge (Deputy President), Lady Arden, Lord Kitchin, Lord Sales, Lord Hamblen and Lord Leggatt. The bench observed: “I think it clear that the employment tribunal was entitled to find that the claimant drivers were ‘workers’ who worked for Uber London under ‘worker’s contracts’ within the meaning of the statutory definition.” The court order further said that such drivers are working whenever they log into the Uber App.

Long-time critic of the Russian government, Alexei Navalny, has lost his appeal in a Moscow Court for his conviction on parole violations. He was cited as saying that the decision to jail him for three years was politically motivated. Navalny was jailed for the violations after he was found guilty of failing to report from August 2020 to January 2021. The recent judgment paves the way for Navalny to be moved from a Moscow jail to a prison camp outside the capital. Not only has Navalny’s arrest sparked street protests across Russia, but also various western countries have opposed this act and are discussing possible sanctions against Russia. Whereas, Russia has called the whole issue as it is an internal affair.

In a separate case, Navalny appeared in another court where he was asked to pay a fine for calling a World War II veteran a “traitor” after he appeared in a pro-Kremlin video.

A probe in Columbia has revealed that between 2002 and 2008, the Colombian army had killed 6,402 civilians under the guise of enemy combatants. The number of killings, known as “false positives” (name given to the killings of young men-mainly from poor families), is approximately three times higher than earlier estimates.

The special court is looking into crimes committed during 50 years of conflict between troops and the left wing rebels. The investigation was carried out by the Special Jurisdiction for Peace (JEP), which was set up as part of the peace process after a peace deal ending the conflict was signed in 2016.

It is believed that the majority of the executions were carried out between 2006 and 2008, during the presidency of Alvaro Uribe, the political mentor of current President Ivan Duque.