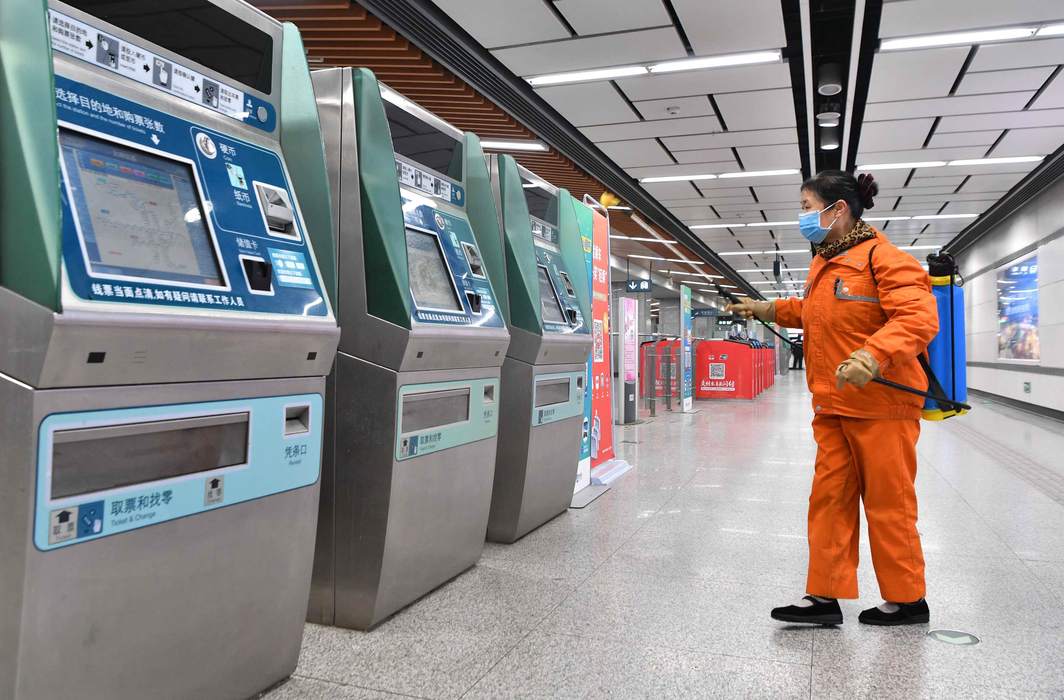 Yesterday, I visited one of Delhi’s most prominent private hospitals, Max hospital in Saket. I have been there before but this time there was one obvious difference: right at the entrance to the two wings, was a counter with a sign saying that people running a fever, a severe cold or respiratory problems should get themselves checked before entering.

The medical person manning the counter was wearing a mask and an assortment of scary-looking medical screening equipment lay on the table. The precaution may have been necessary but also a little odd considering that anyone displaying symptoms like high fever and respiratory issues would be rushing to a hospital anyway. It was, however, symptomatic of the widespread panic that a virus which originated in China has triggered, and with it, misconceptions and misinformation.

Here’s what the outbreak of coronavirus has taught us. When an unknown virus spreads, misinformation spreads even faster. Between January 22 and February 5, a total of 41 organizations around the world had published 211 fact-checks about the 2019 coronavirus using ClaimReview which tags social media platforms such as Google Search, Google News, Bing, Facebook and YouTube. Among the 211 fact-checks, published in 15 languages across the globe, 199 alerted audiences about content considered false, partially false, mostly false and/or inaccurate. Only 12 were about true claims.

India has not been immune to the false news virus. On one Indian news channel, viewers were warned to avoid eating meat and seafood in India. That is patently false and misleading. The channel is one that prefers sensationalism over truth, and the advice, wrong as it was, had actually been taken from a BBC report that was to do with precautions for people in and around Wuhan province in China (the coronavirus is suspected to have started from a market in Wuhan that sells meat of wild animals and also seafood).

The more extreme members of the BJP’s media cell have used the outbreak to issue warnings on social media against going near Shaheen Bagh because it is supposedly infected with the virus. In fact, social media has only helped the spread of fake and misleading information on the novel virus. One prime culprit has been the Ministry of AYUSH, the conjoined counterpart of the health ministry and the drug controller for traditional medicinal systems. The government agency published a dubious advisory note describing various homeopathic and Ayurvedic techniques to protect oneself from an infection caused by the coronavirus. The Indian Medical Association slammed the advisory calling it “immature and irresponsible.” Researchers are yet to validate the ability of any drug or combination of drugs to help manage a coronavirus infection; even if they begin now, the exercise will take at least a year to be completed.

Facebook has announced that it would take down misinformation about the fast-spreading coronavirus, after hoaxes, wild conspiracy theories and other posts that included misinformation. Rumors have surfaced on social media that the virus was the result of biological warfare that the Chinese government lost control of. Some of the internet-based misinformation has fuelled racism against the Chinese and Asians in general.

“There’s a lot of misinformation out there, and some of that can be quite dangerous,” Maria Van Kerkhove, head of the World Health Organization’s emerging diseases unit, said at a press conference. The universal scare the coronavirus has triggered represents the perfect intersection of fear, racism and distrust of governments and Big Pharma. Much of the misinformation on social media about the virus contains a mix of fear-mongering and racial stereotyping. Viruses have always sparked fear and misinformation thanks to lack of information about a new disease which allows rumors to spread. The access to social media has supercharged this, leading to a tidal wave of false claims and racist-tinged misinformation which has erupted on Facebook, Instagram, Twitter, YouTube and TikTok. Some of the coronavirus posts show people eating bats and mice and put the blame for the outbreak on the eating habits of Asians.

The fact is that the coronavirus spreads from one infected human to another through physical contact only. Those infected so far have all come from people working in or visiting China, especially in and around Wuhan. In India, till now, the three students who tested positive after returning to Kerala who came from Wuhan are now stable. The Delhi government’s health advisory on precautions to be taken merely recommend frequent washing of hands with soap or disinfectant avoiding close contact with anyone with cold or flu like symptoms; avoiding frozen meat and a few more obvious ones. The real threat seems to be combating the flood of misinformation and bias. The World Health Organization has been trying to assess and stop a global spread — not of the dangerous virus but of hazardous false information. The organization refers to it as an “infodemic.”