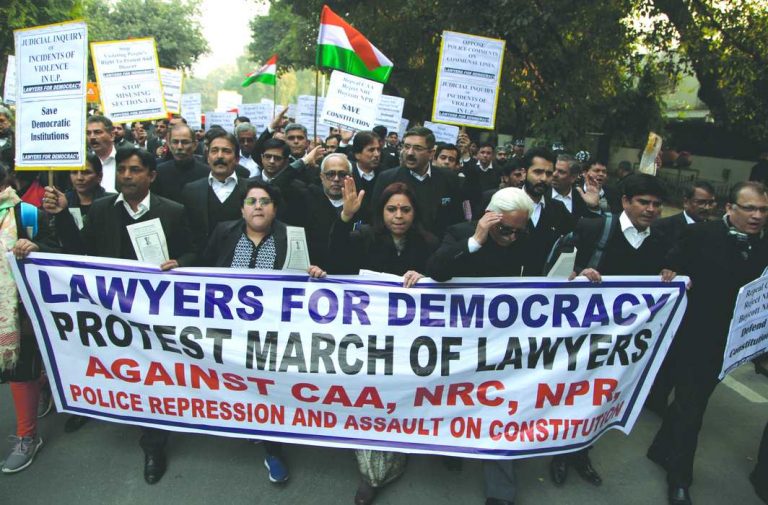 The Citizenship (Amendment) Act has widened the chasm between the centre and states. But it is vital that they respect and consult each other in the spirit of cooperative federalism

All essential characteristics of a federal State are there in our Constitution—distribution of power between central and provincial governments, an independent judiciary with powers to review administrative actions and parts of the statute which cannot be easily amended. Why then is there a feeling that the federal spirit is dampening?

It is true that the ethical values in political structure would stand only when they find place in actual statutory provisions, but a constitutional or statutory provision would be faithfully implemented only if all concerned are charged with the spirit behind the letter of the law.

The central government, through Parliament, has enacted the Citizenship (Amendment) Act (CAA) which has been opposed by many states. The controversy raises questions of wider importance than the merit of the statute, which is under examination of the Supreme Court. The central government has pleaded that it has the power to regulate citizenship under Article 11 of the Constitution read with List 1 of the Seventh Schedule. The validity of this contention is now before the Court. There are other issues which need consideration.

Assuming that a law passed by Parliament is well within the legislative competence of the central government, do the opinions expressed against it by a number of citizens and political and statutory institutions not warrant consideration?

The dual polity, as Dr BR Ambedkar described it, is bound to stay. The centre and states will have to live together. They are fully justified in exercising their jurisdiction as they please.

But while doing so, they can certainly show respect to differing viewpoints aired by other constitutional institutions. As the case may be, members of state legislatures are also citizens affected by central legislation. Their viewpoint also deserves respect and consideration, though that cannot overrule the will of Parliament. What is the way out then?

Ramakrishna Hegde, former chief minister of Karnataka, gave a piece of advice during a seminar organised by his state government. He said: “Ultimate object being the same, Union and states must function on mutually complementary and cooperative basis and they should feel that they are equal partners in the great adventure of national reconstruction and development.”

It has been more than a month since the CAA received the president’s assent. Yet, demonstrations against it are continuing. Some state legislatures have taken the uncommon step of passing a resolution opposing this law. In some cases, governors are facing awkward positions reading texts prepared for them by the state government.

The makers of the Constitution did contemplate a scenario where central and state governments may be of different political parties. However, they must have assumed that they would respect each other and their jurisdictions. To facilitate such a cordial atmosphere, consultation with differing units would certainly be useful. There is no mandate of the Constitution that the centre should consult states while legislating, but nothing prevents it from opting for such a step. If the debate is cool and allegations imputing motives and use of unnecessary harsh language are avoided, consultation would be possible and may even be useful.

When the federal provisions were being discussed by the Constituent Assembly and its sub-committees, a view was expressed that though India is called a federal State, the provisions being approved tilt towards a unitary State. Political conditions at the time of the making of the Constitution were such that most of the members wanted the centre to be strong. The very existence of a state is at the mercy of the parliament which can create, abolish and alter its boundaries under Article 3. If we have to work out such a Constitution, it is necessary that our federalism should be a cooperative one. Power need not be harped on every now and then. It can be used delicately and even after convincing the opponents.

About 50 years back, Granville Austin, an American historian of the Indian Constitution, had opined: “Cooperative federalism produces a strong central, or general, government, yet it does not necessarily result in weak provincial governments that are largely administrative agencies for central policies. Indian federalism has demonstrated this.”

In recent times, states are speaking in a louder voice. It is not merely because of political differences, but an assertion of their rights. Their voice will have to be considered, if not accepted.

—The writer is a former judge of the Bombay High Court