Abhishek Singhvi, as one of the top lawyers at the Supreme Court, has helped shape contemporary trends. In his latest work, ‘From the Trenches’ (co-authored with Satyajit Sarna), he revisits eight defining cases of our times, and presents a view, as it were, from the trenches. Here is an excerpt from one of them, Naveen Jindal vs the Union of India–the case that won all citizens the right to fly the tricolour

Flying the flag is an act of patriotism. But it is important to remember that our case was not pegged on patriotism. It is a victory for our democracy that the constitutional basis on which it was decided was not whether an act is or is not patriotic. It is based on the freedom of speech. We found a rooting in a constitutional text and unless you find a rooting in a juristic principle, you are not making good law.

If the Supreme Court had said you have a right to fly the flag because it is patriotic to fly the flag, that would be uncharted and leave us without a principle to follow. Therefore, I am happy that we pegged it and rooted it in Article 19(1)(a), which is a well-known right. Patriotism may be the underlying ethic but the judgement supports also my freedom of expression unrelated to patriotism. It is possible to use that right even in a critical sense, to use it to criticize the state of the nation. One could fly the flag at a demonstration, for example, to point out that soldiers are dying at the border for a poor policy of a government. Whether that is patriotic or not is open to question and there are people who would interpret it either way. But it is one’s right–to the extent, of course, that nobody burns the flag.

One of the things I am most grateful for in the Jindal case is that the Court permitted it to be heard and decided on rights. The Union was not permitted to take it back and fix the gaps in the Flag Code, and put a soft end to the dispute. Judges who are not decisive prefer controversial disputes to be worked out broadly by consensus. That is simply a way for judges to decide not to decide. My biggest fear was the Court would back off from deciding by saying we agree there is a right, but let the government arrive at some convenient solution.

It came very close to that many times in those two to three years. These things depend largely on the personality of the judge in question. It is natural for judges to want to avoid writing a judgement if the government is telling them the decision will yield unpoliceable
consequences. 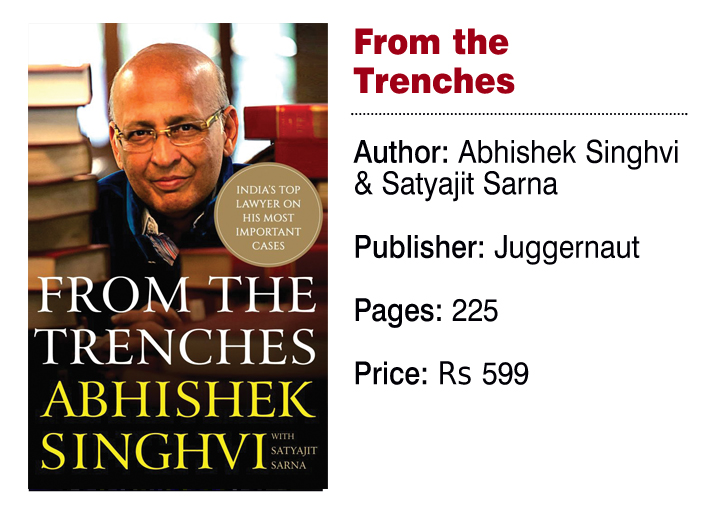 But this time, Justice Khare, a little uncharacteristically, stood his ground and went on to decide the matter finally, and strongly, in our favour. Equally, even though the government had made it clear that Naveen Jindal would not be prosecuted, I am glad he decided not to withdraw the case, and allow the government to go forward with a modified Flag Code.

Naveen Jindal has invited me every year after that on 26 January, when he holds a formal flag function at his house. He always sends me a flag and also a lapel pin. I have often attended the function. As a consequence of the judgement, a flag movement started, very much encouraged by Jindal.

It started with schools educating child­ren about the flag, then holding functions, passing out small lapel pins which children could wear. The flag movement now has become a larger movement of awareness, awareness of the unity and integrity of India through its diversity, a non-communal, secular symbol.

The flag is our most secular symbol not merely in religious terms, but also, more broadly, where secular means non-affiliated, not casteist, not sect dominated, not race dominated; it is the most secular symbol you can think of. And while this is true for every country, nowhere is it as true as in the world’s most diverse country–India.

What drove Naveen Jindal to fight this long, hard, principled fight? After all, he is an industrialist, a busy person who has plenty of important things to deal with. Why did he fight the government for years over such an abstract principle?

I think maybe it was an eccentricity. Society progresses on the backs of not only sensible people but also eccentrics and ordinary people who may have one overriding obsession. You may be a rational person, but it is the eccentric kink in you which leads to change
and progress. Naveen Jindal had an unusual interest in the flag, an exceptional devotion to the cause and he fought for the principle he believed in. It is often this kind of passion, usually irrational, that wins us our rights and freedoms.

—Excerpt reproduced with the permission of the publisher