Raising the marriage age of women from 18 to 21 years has its drawbacks. In reality what is needed is their economic and health empowerment and achieving sustainable development goals. 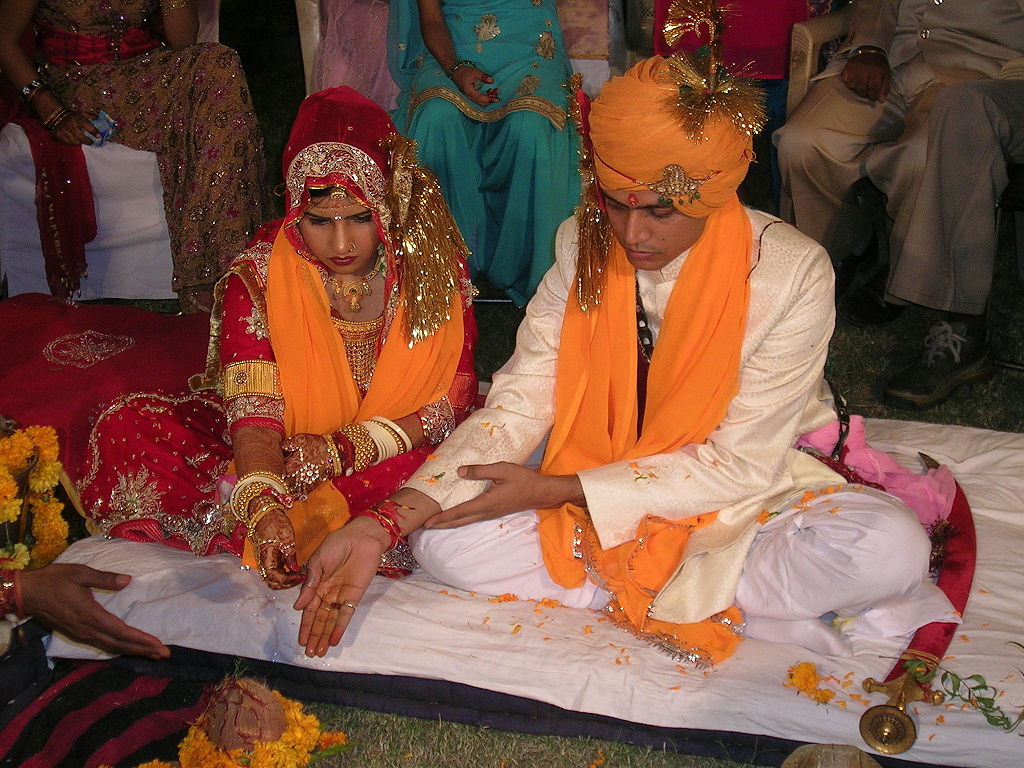 The government seeks to raise the legal age of marriage for women from 18 to 21 years. The Prohibition of Child Marriage (Amendment) Bill was introduced in the Lok Sabha during the winter session. It was referred to the Parliamentary Standing Committee on Education, Women, Children, Youth and Sports. But how does the statement of object and reasons play out and what do women lawyers from various religions feel about it?

To begin with, the Bill mentions that the “highly pernicious practice” of child marriage is still not completely eradicated from society. Smriti Irani, the minister of women and child development, mentioned an urgent need to tackle this societal issue and to bring in reforms. But as Advocate Dr K Santhakumari said: “If the government cannot enforce a law with 18 as the minimum age, how will it enforce it with 21?”

Advocate Elizabeth Seshadri said that instead of more regulation, what is needed are

“more honest conversations about women’s economic empowerment, their education and contribution to society and challenging some of the patriarchal notions of family, happiness and purpose in life. We also need safe spaces for youngsters to report family pressure, counselling for families, police intervention when coercion is reported and public awareness programmes to report such pressure.”

As Chennai-based Senior Advocate Bader Sayeed said, in western countries, there is one law for every person. This, even though Muslim personal laws say that the marriageable age is puberty.

“Looking at the shape of things today, we need a Uniform Civil Code and many women in Tamil Nadu need the age to be raised. Muslims follow the law of the land in the UK and the US—you cannot divorce without going to court. Just like that, India needs a uniform law.”

Law student Jumanah Kader felt the choice should be left to women.

“As a young Muslim woman, I applaud the initiative taken for enforcing a gender-neutral law concerning the minimum age of marriage. However, I believe that extensive investment in education and empowerment is the need of the hour. In my community, there’s a provision which allows early marriages (on attaining puberty), but that is neither a mandate nor a compulsion. Such a provision was made to prevent loss of life during wars and the same should not be abused at any cost.”

The Bill was meant to meet the constitutional guarantees of gender equality as part of the fundamental rights and prohibition of discrimination on the grounds of sex. A lack of gender equality in marriageable age among men and women often puts the latter in a disadvantageous position with regard to higher education, vocational instruction, attainment of psychological maturity and skill-sets. These disadvantages perpetuate dependence of women on men.

The Bill goes on to say:

“It is imperative to tackle gender inequality and gender discrimination and to put in place adequate measures to secure health, welfare and empowerment of our women and girls and to ensure status and opportunity for them at par with men.”

All these are noble goals and cannot be questioned. What can be questioned, however, is how a girl who is already perceived by traditional Indians to be a burden at birth will now be welcomed or even tolerated when she will be around for another three years, potentially.

Advocate Ajeetha Bhakthavachalam said it is farcical to raise the age of marriage of women to 21 and put it forth as “progressive”. Even according to data of the National Family Health Survey, women aged 20-24 years married before 18 varied between 14.7% and 27%. “Hence when socioeconomic development is not ensured, when housing rights are in question, when we don’t even assure free education after 14 years, parents see the protection for the girl children is at stake and resort to child marriages,” said Bhakthavachalam.

“When the central government fails to address this, raising the marriage age to 21 will only criminalise a huge population. If you book everyone responsible for pregnancy of teens below 18 within a marriage, the prisons have to be increased 10-fold. It’s only putting up a show when we are not anywhere closer to achieving sustainable development goals and eradicating the issues which push children into marriage,” she said.

One wonders why, for instance, we are not focussing on practical visible changes like ensuring that every institution is 50% women? Surely that would be a positive change, tackle patriarchy head on and is achievable? Why does the committee examining this Bill and making decisions about women’s lives have 30 men and one solitary woman on it? The Members’ list of the parliamentary standing committee, led by senior BJP leader Vinay Sahasrabuddhe, is on the Rajya Sabha website, and TMC MP Sushmita Dev is the only woman. If this does not scream patriarchy, what does?

Also, as pointed out in my previous article on this subject, why is India in the company of dictatorships from China to North Korea to a host of African countries when the rest of the world sees fit to allow both men and women a choice at 18 years?

To this point, Sayeed is of the opinion that women in India are manipulated and brainwashed. Young girls at 17 and 18 are not ready for the emotional turmoil and adjustment that marriage brings. In India, it is not just about two people—it is about their families too. “We need a deterrent.” she said. Some parents may say: “It’s a wonderful marriage offer, why should we wait till 21?”

As for why they should be able to vote at 18 years when technically they are still children under the Act, she felt that

“voting is a different matter—some do, some don’t. Marriage is different. It doesn’t mean everyone will marry at 18, but parents will start to put pressure on them to get married—that’s the difference between third world countries like ours and the West. Where is the question of going to college if they are married at 18?”

Seshadri said: “What is the idea of a legal minimum age? When punishment for crime or for guardianship is determined at 18, I don’t see the sense in taking away a person’s agency in the matter of marriage till 21.” Advocate Avanti Balachander added: “If I, as a girl become a major at 18 and can legally do many things which were previously illegal, then why is marriage to be any different? In fact, marriageable age for all genders should be 18.”

Seshadri said: “But in the peculiar social conditions India lives in, where marriage is often not a personal choice but a matter of family pressure, coercion or manipulation, this gives the backing of law for a girl who needs to tell her family to back off. It may even encourage higher education for girls in some sections of society.”

The Act seeks to bring women on a par with men in terms of marriageable age; this is clear, even though it jars to see a “child” being defined as anyone below 21 years. As for prohibition of child marriage irrespective of any law, custom, usage or practice governing the parties, this was already the case before this proposed amendment. The Principal Act (Child Marriage Act 2006) states at Section 3(1):

“Every child marriage, whether solemnised before or after the commencement of this Act, shall be voidable at the option of the contracting party who was a child at the time of the marriage.”

The provisions of the Act have an overriding effect over every other law, custom, usage or practice. The objectives seek to make the amendments effective in relation to marriageable age, two years from the date the Bill receives assent of the president, but what is ominous is the seemingly incongruous statement “4. In section 3 of the principal Act, in sub-section (3), for the words “two years”, the words “five years” shall be substituted.”

The effect of this is the potential “rolling back” of numerous marriages—many of which will have been inter-faith. Santhakumari said:

“The introduction of this Bill is to win the votes of the majoritarian community in a state where elections are fast approaching. We have been witnessing anti-conversion Acts/Bills in the name of marriage just to deprive the right of choice of women who want to marry outside their religion.”

Extending this line of thought, we can foresee parents flocking to courts seeking to roll back marriages of five years ago. “Criminal cases will be on the rise if a woman chooses to live with the one she wants. The parents of the woman might file false cases against the man,” said Advocate Gemma Hepsibeulah.

Avanti pointed out: “On the one hand, girls are getting married into households where they’re groomed to be tolerant housewives and nothing else. But on the other hand, young women are employing marriage as a tool to escape their own abusive households and pursue a freer life under the garb of ‘wife’ as opposed to ‘daughter’.” The latter category is in trouble also as there are those who marry simply because they are in love with someone of another religion. The idea that a young woman might actually have her own mind and capability of reasoning needs to be given consideration.

The pros of this Bill boil down to what Sayeed said:

“Because of patriarchy, girls are seen as a burden. Girls are scared to reject proposals as they may be the target of acid-throwing. Here, the age of consent can help because it would be illegal to marry below 21. I believe strongly that raising the age to 21 is correct. Kids have an aspiration to go to college and they get brainwashed into believing that marriage is even better.”

On the other hand, as Seshadri said: “… let’s not be naive and think that a legally prescribed marriage age has any effect on hormones of the youth. My concern is that women should not be denied appropriate healthcare or face safety issues before 21 because of the moral-policing.” Hepsibeulah has a similar view:

“Premarital sex will be on the rise, which might lead to unwanted pregnancies, abortions and birth of children. When children are born to unwed mothers, it is extremely difficult to make the father maintain the child.”

At the end of the day, as Santhakumari said:

“The Bill suggests changes in the personal laws of various communities, as though personal laws are hindrances in implementing the minimum age for marriage. Numerous court decisions have held categorically that child marriage laws supersede all personal laws.”

Nobody can argue that equality of marriageable age is desirable, but making it 21 for both sexes rather than 18 is the sticking point. India is generally in a great hurry to marry off her girls, so maybe this increase to 21 years will help women gain working potential so that even if the marriage fails, she can continue to stand on her own feet. That said, the retrospective effect of five years calls into question the true intentions of this gender equality-based Bill.