A Sudden Flood of Mutiny?

Orders of the apex court are often flouted and some 1,000 cases have been filed under Section 66A of the IT Act, which was declared illegal. The Court has asked the centre to explain this brazen disregard. 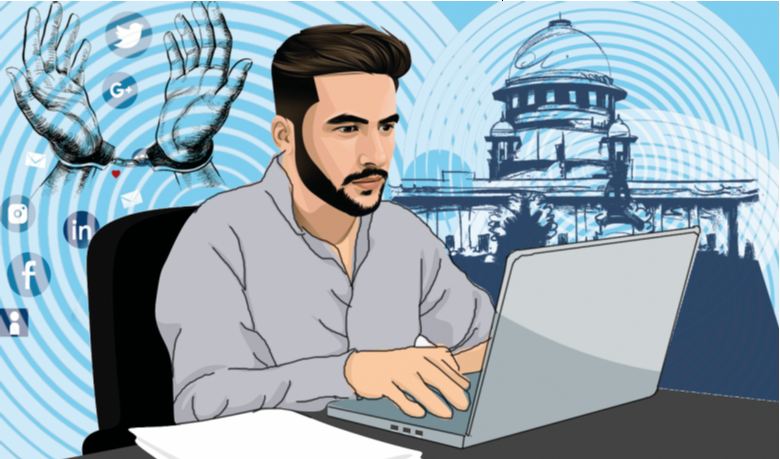 It seems a long time back that the Journal of the Indian Law Institute published my article: “Who Bothers About The Supreme Court? The Problem of Impact of Judicial Decisions”.1 Just no one bothered about this 1982 analysis! It was uniformly ignored by all concerned—including The Lordships of the Supreme Court, some of whom preside over the destiny of this great national institute of legal learning, which has now completed more than six decades of service to the nation.

Not just the Bench, the Bar also completely ignored what I said then. Succeeding generations of law academics and students have also continued with this compliment! Never the one to say die, though deeply puzzled by this indifference, I revived attention to this problem from 2015 onwards.2

The obstinate and perverse reality of not-so-benign indifference to binding judicial decisions persists and is regarded actionable only now! Senior Counsel Sanjay Parikh and advocate Aparna Bhatt for the People’s Union of Civil Liberties have done gallant service to us all by bringing to the Supreme Court’s attention that about 1,000 cases have been filed under Section 66A of the Information Technology Act, which was declared five years ago as violating the fundamental rights in the Constitution. The decision in Shreya Singal was widely and rightly applauded.3

Three decisions were made by Justices Jasti Chelameswar and Rohinton F Nariman (the latter writing for the Court). First, Section 66A of the Act is struck down in its entirety as being violative of Article 19(1)(a) and not saved under Article 19(2). Second, up­held as constitutionally valid was Section 69A of the Act and the Information Technology (Procedure & Safe­guards for Blocking for Access of Information by Public) Rules 2009. Third, Section 79 is declared valid, subject to Section 79(3)(b) being read down to mean that an intermediary upon receiving actual knowledge from a court order or on being notified by the appropriate government or its agency that unlawful acts relatable to Article 19(2) are going to be committed then fails to expeditiously remove or disable access to such material.4

Conceding that the decisions are complex does not furnish any alibi for the enforcement authorities to suggest that the Court did not invalidate Section 66A. The question of so many wrongful proceedings filed under a judicially repealed provision has “shocked” the SCI and ought not to rest with the ministry of home affairs solely now. No doubt, it has acted with some alacrity (as widely reported on 14 July 2021), requesting all states and Union Territories (UTs) to direct all police stations under their jurisdiction not to register cases under the repealed Section 66A. It has also asked them to “sensitise law enforcement agencies for the compliance of the order issued by the Supreme Court on March 24, 2015”. The national and state judicial academies should be summonted to this tasks of sensitization, it has also requested that all prosecution under the repealed provision should be immediately withdrawn. These are welcome steps, and one hopes that states which have the power to legislate on matters relative to law and order will in all sincerity adopt them soonest. But the pace of progress in implementation of this direction has to be accelerated by apt judicial action.

In a rule of law-governed society, the question goes deeper. It concerns why in the first place, a multitude of actors—the interior ministries of states and UT, the home minister and chief secretaries, the police and prosecutors, prison authorities, judges and courts—should have proceeded in the first instance when it is dazzlingly clear that their action was at the threshold unlawful. Ignorance of the law is no excuse, is a maxim lying at the foundation of our law and jurisprudence, and it must apply as rigorously to the agencies of the state as to judges and lawyers.

It is a settled proposition that the effect of judicial declaration of invalidity of a statute or a provision thereof is that these cease to exist as law, or immediately become non est. Instead, the State relied on the unconstitutional idea of absolute parliamentary sovereignty, which continues to sanction the inveterate practice of a small print footnote insertion that it was declared judicially invalid. This practice is unconscionable in constitutional theory and invalid in law.

Even Pandit Jawaharlal Nehru had to move an amendment to save the laws declared by the Supreme Court invalid on the ground of violation of basic human rights enshrined in Part 111 of the Constitution. Those laws declared constitutionally invalid, were yet included in the Ninth Schedule against a reasoned judicial verdict of constitutional invalidity. Of this misadventure, CJI M Hidayatullah used to say that ours is the only Constitution which needs protection against itself! Only in Coelho (2007), the Supreme Court held that any future insertion of laws in that Schedule “is to be tested on its own merits” against the doctrine of the “basic features of the Constitution”.

That doctrine ensures that the “State does not fiddle with the individual rights in a manner that is contrary to the basic set up of the fundamental rights” and “attempts of the State to chip away at the fundamental rights in the Constitution”. Even so, the State continues to flout the constitutional imperatives—a non-legal person reading the bare text of the Constitution, as officially published, may not know for example that Article 368 has been restricted by the basic structure limitations or the fact that a judicial collegium exists!

Of course, the notion of impact itself has been given many a meaning. The first is a narrow meaning of “compliance”. The second is “effectiveness” over a period of time—this relates to the immediate, median and long-term impact constituencies as I have generally described these (in my 1982 article); the third relates to impact on the general public or social impact; the fourth concerns symbolic versus instrumental impact analysis; and finally, yet without being exhaustive, the impact of impact analysis. These are important dimensions of impact analysis.

But we here attend only to compliance as impact. Without compliance by the political executive and administrative enforcement, no question of the impact of judicial decision may at all arise! Bare compliance is a prerequisite for any other kind of impact of judicial decisions. This is recognised by a panoply of constitutional provisions in India. As Dr Justice Mukundakam Sharma observed5: “The Constitution has entrusted the responsibility of dispensation of justice to the judiciary. The Supreme Court and the High Courts are the guardians of the Constitution.”

Accordingly, at least four provisions establish the status of constitutional judicial function. Article 142(2) endows the Supreme Court the power to investigate and punish any person for its contempt. Article 129 provides that the Supreme Court shall be the court of record and shall have all the powers of such a court, including the power to punish for the contempt of itself. Article 215 declares High Courts to be the courts of records, invested also with the contempt power. Article 141 says that the law declared by the Supreme Court shall be binding on all courts throughout the territory of India. And all “authorities, civil and judicial… shall act in aid of the Supreme Court” (Article144). Besides, according to Section 2(b) of the Contempt of Courts Act, 1971, civil contempt occurs only when “wilful disobedience to any judgment, decree, direction, order, writ or other process of a court” or “a breach of an undertaking given to a court” occurs. Criminal contempt occurs, as per Section 2(C) of the same clause, inter alia, by the causing (or having the tendency to) prejudice or interference with the due course of any judicial proceeding, or iii) Interferes or tends to interfere with, or obstruct or tends to obstruct, the administration of justice in any other manner. The question arises: Why, and for how long, should the judicial “shock” be contempt-proof?

Calling attention to this “terribly sad” and dismal, situation, the SCI has at last asked the Union to explain how such a brazen disregard systematically occurs. One may not even anticipate how it will eventually decide, but this sorry spectacle of judicial orders being wilfully disobeyed must now forever end. Good governance cannot be a standing invitation to (as the Court recalled Mark Antony in Julius Caesar) “a sudden flood of mutiny”.

3Shreya Singal v Union of India, Indian Kanoon—http://indiankanoon.org/doc/110813550. See also, Upendra Baxi, “Freedom most reasonable: SC’s resounding words while striking down 66A apply not just to internet but to all media.”, The Indian Express, March 31, 2015.

4Similarly, the Information Technology “Intermediary Guidelines” Rules, 2011 are valid subject to Rule 3 sub-rule (4) being read down in were read down in “the same manner as indicated in the judgment”.

5At the inaugural Function of the All India Conference of Central Administrative Tribunal Sunday, November 1, 2009, New Delhi