Accelerating the “Avalanche of Evils”: Towards Covid-19 Constitutionalism?

Judicial exasperation was seen in many orders, be it dealing with the Covid-19 situation or the EC’s conduct during polls. The judiciary has tried to ensure that constitutional discipline on power becomes an asset, not a liability, during the pandemic. 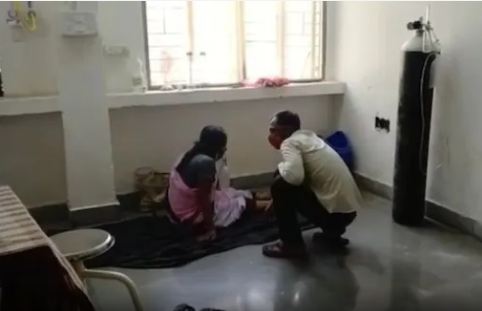 Covid-19 does not know the concept of equality, nor its opposites, “arbitrariness” and “cruelty”. It has no use for doctrines of separation of powers or rule of law or the basic structure of the Constitution. It moves about in complete post-sovereign impunity, striking death, distress, disease and devastation in bodies that it infects and souls that survive. It mocks cruelly both conspiracy and regulation theories. And as it continues to its unpredictable future frameworks of bio-terror, individuals and groups have to function both through the “optimism of will, and pessimism of the intellect” (to borrow the thesis of Italian Marxist philosopher Antonio Gramsci).

The Indian Constitution, like all others, is not designed to cope with bio-terror of a runaway global substance causing a pandemic. But it is the only flexible instrument of political and social action and judicial review. A vast amount of discretion invested by law and policy in the executive does not achieve, as Prime Minister Narendra Modi rightly stressed in the short forward to the National Disaster Management Plan 2019, “policy coherence”, which makes governance effective.

The suo motu judicial action is also a necessary mechanism for constitutional accountability. The right to health for all human beings cannot be achieved by executive exertions alone; judicial co-governance of the nation adds to policy making tasks a certain quotient of constitutional human rights and more intimate knowledge of local justice. All our efforts must be directed to ensure that the constitutional discipline on power becomes an asset, rather than being converted into a liability in the battle against Covid-19. We all have to learn to take people’s suffering seriously in a situation described by WHO Director-General Tedros Adhanom Ghebreyesus as “beyond heart-breaking”. The grim situation defies even moderate prediction of the itineraries of the virus.

Urgent access to full healthcare, oxygen supplies and essential drugs haunt India today, and despite the welcome promise of international humanitarian aid, the cascading and poignant demand for healthcare and decent cremation overtakes the supply side. The official narratives of India’s supply stand in sharp contrast with the press and electronic and social media portrayal of live events of unofficial cremation and funerals.

The administrative and political technology of manipulating death and injury in catastrophic situations is poignantly well-known to the violated of mass disasters like the Bhopal catastrophe when people were exposed to 47 tonnes of methyl isocyanate gas released by a rickety safety “system”. And political events miscalled “communal” or “ethnic riots” warrant the description of what Israeli political philosopher Adi Ophir called “political catastrophization”, “a coming avalanche of evils that one is going to suffer”.

Many High Courts, besides the six with whose directions the Supreme Court of India was recently most concerned with (Delhi, Bombay, Sikkim, MP, Calcutta, Allahabad), took action concerning the supply of oxygen, essential drugs, method and manner of vaccination, declaration of lockdown and the conduct of polls.

We examine specially the last aspect, but the Supreme Court (on April 22, 2021) took suo motu cognizance of four key issues concerning Covid-19 management. A bench headed by then Chief Justice of India SA Bobde, with Justices L Nageswara Rao and Ravindra Bhat, held that there is “almost a national emergency” and asked the centre to submit a “national plan” to deal with it, to avoid “some confusion” and “diversion of resources”.

The Supreme Court sought to know “why uniform orders be not passed by this Court” on these four issues. It also wished to know why despite the government’s efforts, “a certain amount of panic has been generated and people have invoked the jurisdiction of several high courts”, which made certain orders “accelerating and prioritising the services to a certain set of people and slowing down the availability of these resources to certain other groups whether the groups are local, regional or otherwise”. Surely, the Court said, “the distribution of these essential services and supplies must be done in an even handed manner according to the advice of the health authorities, which undoubtedly take into account relevant factors like severity, susceptibility, the number of people affected and the local availability of resources”.

The Bench also observed that it is of the view that the power to declare lockdowns rests with the State and “this should not be by judicial decision”. But the SC did not mean (as Justice Ravindra Bhat remarked) “to stop the high courts from entertaining matters related to the pandemic”. Perhaps, the Court was more engaged with the decision by the Allahabad High Court which had directed the Uttar Pradesh government to impose a lockdown in five worst-hit districts, which it stayed.

Even in this context, the oral remarks (on April 6, 2021) made by Chief Justice Sanjib Banerjee of the Madras High Court strikes a judicial thunderbolt. His Lordship told counsel for the Election Commission: “Your institution is singularly responsible for the second wave of COVID-19” and even: “Your officers should be booked on murder charges probably.”

These remarks express judicial exasperation at the fact that the “Election Commission could not ensure that political parties adhered to the Covid protocol at the time of election campaigns and rallies”. The Court noted (with Justice SK Ramamoorthy) that nothing was done despite “repeated orders …  going on like a broken record at the foot of almost every order on an election petition”, but “campaigning and rallies were conducted without distancing norms being maintained and in wanton disregard of the other requirements of the protocol”. The Court directed that the EC shall make Covid-19 appropriate arrangements at each counting centre in consultation with the health secretary and director of state health services.

Similar were the exertions of the Calcutta High Court which (as per Chief Justice Thottathil B Radhakrishnan and Justice Arijit Banerjee) reminding the EC that its “onerous” responsibility does not end with “issuing circulars” and “holding meetings”. What is more, the High Court said the judiciary would step in and “act like TN Seshan” if the poll panel failed to enforce Covid-19 safety protocols during electioneering in Bengal. Probably, this is the best tribute ever paid to the former chief election commissioner!

The division bench said it was “unable to reconcile (with) the fact” that the EC was unable to give any “update on action… (and) enforcement” of its own circulars. It found that while the EC excelled in issuing circulars regarding Covid-19 appropriate campaigning conduct, it became now even more necessary, in the last two phases of the elections, that stringent measures be taken against those who flout these norms. The EC has now undertaken to follow these judicial directions and decided on its own to ban victory celebrations on the declaration of the results next week.

But this judicial exasperation is not unique to the election situation. Taking account of  recent developments, the Allahabad High Court (as per Ajit Kumar and Siddhartha Varma, JJ) observed that the “ghost of Corona is marching on the roads and streets of the major cities of the state” and “it can be anybody’s fate”. It noted that the “resourceful will survive” and the rest will “die for want of proper healthcare”, remaining “as histories of past pandemics”. It deprecated the tendency of the state government not to listen to other concerned voices—“those in power must shun the attitude of ‘My Way or no way’ and should welcome suggestions from all the quarters”. And it issued a slew of dictions to improve the health infrastructure.

There is a murmur of dissent at such judicial articulations. We hear of “judicial overreach”, but this is pure propaganda which, unfortunately, still prevails! Constitutional courts have a judicial duty to protect and promote fundamental rights, particularly in this context, the rights to liberty, life and health. It is sinister to perpetuate the “overreach propaganda” myth when the Justices are performing their constitutional duties.

Fault is also found by some because the Constitution assigns the “superintendence” of elections to the EC when the judiciary itself acts in violation of Article 324 of the Constitution. This criticism is misconceived, too, because the power to “superintend” stands reinforced, rather than replaced, by judicial directions. By no stretch of imagination, a judicial direction that the EC shall enforce its own circulars may be conceived as interference with its well-prized autonomy!

Perhaps, the only thing that may be said, with some justification, is the need for rectitude in judicial observations.  The Commission does not live on “another planet”. Nor is it conducive to its duty to hold fair and free elections, or its institutional integrity to wonder aloud whether the election officers have committed any crimes in the course of their duties. (Of course, the Court here qualified its statement by advisedly using the word “probably”.)

The Court in its exasperation still ought to recall that the EC is a coordinate constitutional institution with vast obligations and is worthy of dignity and respect. Even some officials err and this calls for constitutional rectification. True, political leaders and parties should have heeded Covid-19 appropriate behaviour in campaigns. There is no doubt that they overwhelmingly disobeyed the norms of social distancing and wearing masks. In no way can holding of elections may be seen as a superspreaderviolative of the right to a democracy. That right is already enshrined in the Universal Declaration of Human Rights and its normative progeny, and writ large on the Constitution particularly, and since, Kesavananda Bharathi. The Covid-19 norms are indeed compatible with free and fair elections and need not pose a constitutionally excruciating, or exorbitant, discipline.