Images of breathless people scrambling to hospitals have shocked the nation. As the macabre dance of death continues, what is obvious is the lack of planning in every sphere by our bumbling governments. 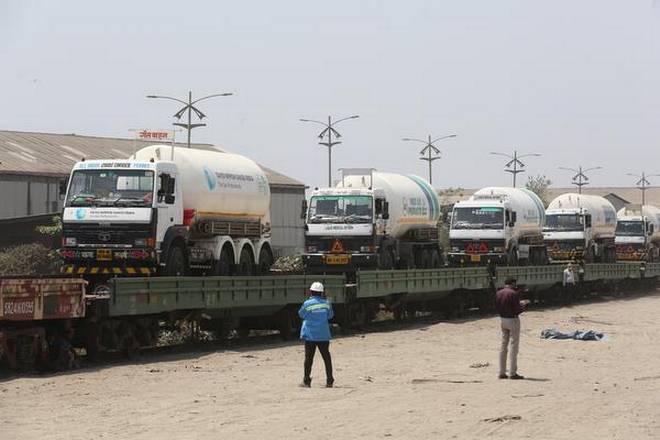 Citizens of Delhi are going through a hellish existence in the wake of Covid-19. Many are dying due to deficient oxygen supply and insufficient number of medicines, hospital beds and medical devices like SPO2. People are not able to get even a basic medicine like paracetamol. What can be worse for human life than having to purchase oxygen just to breathe?

The pandemic is now raging with greater intensity than in 2020. The number of Covid-19 positive patients has exceeded 25,000 in the National Captial Territory of Delhi. As of April 2, 2021, the country reported an all-time high of 3,38,611 lakh cases, with the current doubling rate being prevalent in the last two weeks.

It is observed that the test positivity rates (TPR) are rising continually, with around 1/3rd of all districts in the country having a positivity rate of more than 35 percent. TPR was more than 13 percent on April 15, 2021. According to medical estimates, around 15-20 percent of these patients could require hospital admissions, with a quarter of them needing specialised ICU care. This translates to a requirement of roughly 50,000 beds daily in the country. It is evident that the healthcare infrastructure is on the verge of an imminent collapse.

In almost all hospitals, the availability of oxygen has dropped dramatically. This has led to oxygen pressure being reduced in order to keep it going longer. But this has resulted in serious patients having a drastic fall in their oxygen levels, leading to many fatalities.

In an order on April 2, the Delhi High Court in Rakesh Malhotra versus GNCT of Delhi, held: “9. We hope and expect that State of Rajasthan to honour the orders passed by the Central Government, as well as orders passed by this Court. Any intervention by anyone in the plan put in place by the Central Government for the supply of medical oxygen in the country, at this stage, would tantamount to endangering hundreds of human lives, if not more.

“14. One other aspect that we would like to deal with today itself is with regard to the non-availability and consequent black marketing of Oxygen cylinders which is taking place rampantly in the NCT of Delhi.”

The Court said that any intervention by anyone in the plan put in place by the central government for the supply of medical oxygen would be tantamount to endangering hundreds of lives, if not more.

India’s oxygen crisis isn’t just about a growing demand-supply gap. Even if the government diverts all oxygen production in the country to medical uses and coronavirus cases don’t rise in the coming weeks, it will still face a massive logistical challenge to transport and store the oxygen.

Another issue is vaccine wastage. Since January 1, 2021, Covishield and Covaxin vaccines were being used in India for inoculating people. However, it is quite astonishing and depressing that the country’s biggest vaccination drive is experiencing huge wastage. This is at a big cost to the country’s scarce resources.

In its ongoing vaccination drive, Delhi recorded a wastage rate of 4.1 percent for Covishield and 17.5 percent for Covaxin, said a senior Delhi government official, citing a report prepared by the Health Department on April 19, 2021. The Delhi High Court in an order dated April 19, 2021, in Rakesh Malhotra versus GNCTD and Others, expressed serious concern about the wastage and stressed on the need to vaccinate more and more people.

Citing news reports, the bench of Justices Vipin Sanghi and Rekha Palli said: “The number of vaccines has been wasted is 44 lakhs out of 10 crore vaccine. The vials have to be consumed once it has to be opened. Now the ones which are not used are being wasted. Why are we wasting even one shot, why can’t we deal with it?” The Court suggested creating a mobile application with a list of people who can be vaccinated. “Give it to people willing to take it. Those drops which can save the lives, are being wasted.”

Talking about the dip in vaccination numbers, the Court said: “If we wait for 10 days, the problem may persist. We are losing on valuable and young lives. The pandemic does not discriminate. Whomsoever needs vaccines, give them. Everyone needs vaccination.”

WHAT THE CONSTITUTION SAYS

Various Articles in our Statute relate to the health of citizens and the need to take care of it.

Article 38 of the Constitution states: “The State shall strive to promote the welfare of the people by securing and protecting as effectively as it may a social order in which justice, social, economic and political, shall inform all the institutions of the national life.”

Article 39(e) states: “(e) that the health and strength of workers, men and women, and the tender age of children are not abused and that citizens are not forced by economic necessity to enter avocations unsuited to their age or strength.”

Article 41 goes on to impose a duty on the State to give public assistance, basically for those who are sick and disable. Article 42 makes a provision to protect the health of infants and mothers by maternity benefits.

The right to health is the fundamental right of a citizen, as per the  Constitution. However, this has been blatantly violated by both central and state governments in every which way. Besides not being able to provide oxygen to its citizens, there is little by way of succour. The long line of bodies at various cremation grounds is a staggering testimony to the way all governments have abdicated their responsibility and left citizens to fend for themselves.

India has been at the forefront of exporting vaccines to other countries. By March 24, it had dispatched 60 million vaccines to 76 countries, and administered only 52 million doses to Indians. Only a small portion was donations to friendly nations; most of the exports were under commercial agreements made by the Pune-based Serum Institute of India, the world’s largest vaccine manufacturer.

While exporting vaccines is a strategy to enhance the prime minister’s image, it is shocking that the country did not plan to vaccinate its own citizens first. There are reports of India facing a vaccine shortage even as vaccination for those over 18 years started from May 1.

Most other countries have done much better planning than India. The UK has already vaccinated a quarter of its population. But when a group of charities urged PM Boris Johnson to “swiftly clarify” how many Covid-19 vaccine doses the UK was prepared to donate to poorer countries, Culture Secretary Oliver Dowden said the UK does not currently have a surplus of vaccines. But the fact is that the UK had ordered 400 million doses, and reports say it will have many left over.

Meanwhile, the US, which has surplus AstraZeneca vaccines, said it would send them to India. This was after it faced a backlash over its growing stockpile and tardy response. The US has around 30 million doses of AstraZeneca vaccine that are not approved for use there. So if other countries could plan ahead, why couldn’t India?

The present scenario reveals that our governments have failed miserably to abide by the Constitution and left their citizens to die alone.