Are Cooperatives the Way Forward for a New India?

Revamping the department of cooperation is a noble objective to strengthen the multi-state cooperative movement but could be open to misuse by politicians. 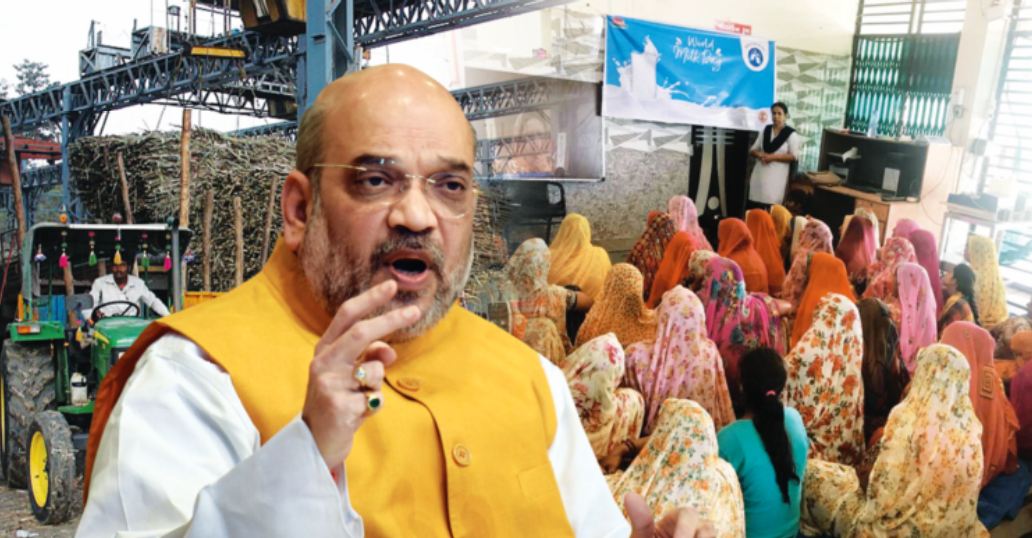 In the good old days in the 60s and 70s, the young people of Delhi would meet at Indian Coffee House in Connaught Place to talk of worldly matters, dissect politicians, discuss Marxist theories and while away spare time before heading for a movie. The coffee houses were an institution which were started by The Indian Coffee Workers Coop Society Ltd. In spite of the invasion of fast food joints of foreign origin, many coffee houses are still thriving as shining examples of the success of the cooperative movement in India.

We have suddenly seen a renewed interest in cooperatives. The department of cooperation is not a new department as is being proclaimed by the government. It was earlier attached to the ministry of agriculture and farmers’ welfare. It is now with the home minister, a surprising move because the activities of cooperative societies have a lot to do with agriculture and welfare of farmers. It is being said that the new department shall realise the vision of prosperity through cooperation, streamline processes for “ease of doing business” for cooperatives and enable development of multi-state cooperatives to provide a separate administrative, legal and policy framework for strengthening this movement in the country and to deepen the cooperative as a true people-based movement reaching up to the grassroots.

These are very noble objectives. But do we have the discipline, honesty and integrity to develop an Indian kibbutz system like the one in Israel, or even a mythical Ram Rajya or a Gandhian village republic? How one hopes that this shift of cooperation from the agriculture ministry to the home ministry will work and usher a new dawn for farmers and the rural sector. Only time will tell.

Days after department of cooperation was given to the home minister to “strengthen” the cooperative movement, opposition leaders questioned the setting up of the ministry of cooperation. While the Congress called it “political mischief”, the Left termed it an “assault” on federalism as cooperatives are a state subject.

Encroachment on the rights of states it may not be, because strengthening the multi-state cooperative movement is the main agenda of the central government and with it will come plenty of political power, privilege and patronage for the ruling party. Small farmers may also benefit in the process.

Let’s go back a year to the time the central government brought in the three farm laws which covered state subjects and are under challenge on various grounds. The laws were designed to improve the lot of small farmers and ensure them better returns for their produce by opening up the markets and by-passing APMCs. Nationwide, farmers launched an agitation demanding withdrawal of the three farm laws and ensuring minimum support prices for all crops. Farmers feared that they would be swamped by big corporates. The agitation is still going on. It appears that there is a stalemate. Now in place of corporates, farmers are being sold the idea of cooperatives.

Cooperative societies have been in operation in rural India for many decades to provide credit, seeds, fertilisers and housing to low and middle income groups. Many cooperative societies are old established institutions like the Ambala Central Co-operative Bank, started in 1952, with banking operations across Ambala Division which covered present Ambala, Chandigarh, Ropar, and Shimla. Sadly the dedication of the founders and the results produced by them made politicians feel threatened who kept chipping away at such institutions and reduced their efficiency and outreach. The domain of cooperatives is the same as that of the farmers who were seriously impacted by the farm laws. Cooperative societies can deliver great benefits to the members and have been doing good work in some areas. Milk production and banking in Gujarat and sugar production in Maharashtra are leading examples of successful cooperatives.

One may digress a bit to go back to April 1993 when Parts IX and IXA were added to the Constitution to strengthen local self-government through panchayati raj and municipalities. But states showed recalcitrance for these sweeping reforms. Of course, essential changes in the laws were carried out and elections were held to these bodies of local self-government. State governments were reluctant to grant powers to them, and this reluctance was marked in the case of panchayats. Even though emphasis was on social justice to devolve powers to panchayats in matters contained in the Eleventh Schedule, states shrank from sharing their powers, authority and responsibilities with the panchayats.

Agriculture, land improvement, water management, animal husbandry, fisheries, social forestry are some of the important subjects which Article 243G allowed the states to devolve on panchayats but this was never done. Obviously, the political parties thought that should panchayats get more powers, what will their ministers and MLAs do.

Likewise, most states did not take interest in the century-old cooperative sector to the extent they should have. Mired in politics and corruption, the cooperative sector became slack and listless. Still, there are a few areas in which cooperatives societies have done well.

The cooperative sector covers all Indian villages and a majority of households in the country and is the largest in the world, covering agriculture, credit, banking, fertiliser, sugar, dairy, marketing, consumer goods, handloom, handicrafts, fisheries, tribal development, labour and housing.

The Multi-State Cooperative Societies Act, 2002 is there to facilitate the voluntary formation and democratic functioning of cooperatives across states. These can work as self-help groups to promote the economic and social betterment of the members. This is where the ministry of cooperation is going to be kept busy. In the last year, many self-help groups came up to market agricultural produce, from farm to fork, as it were. These could be brought under multi-state cooperatives.

To illustrate, a multi-state cooperative fruit growers’ society can have members from the apple belt of Himachal, transporters from Kalka and fruit sellers from Delhi, to grow, transport and sell apples. In the proper spirit of cooperation, profits will be shared all around. The opportunities are endless in agriculture, horticulture, milk production, fishery, banking, and so on. If the vision of the policy makers is to expand cooperatives and reach an economy of scale involving hundreds and thousands of farmers, then the vision must be spelt out openly and clearly by the government.

One must beware that in the world of realpolitik, things are different. Behind all cooperative do-gooders lurk politicians out to make a mark, capture votes and power, and make a quick buck on the side. The route to political power through cooperatives has been followed by many politicians. And many more shall follow, but the utopian vision of Ram Rajya will be realised only with honest hard work, not by transferring the department of cooperation from one minister to another minister and calling it a bold new step.