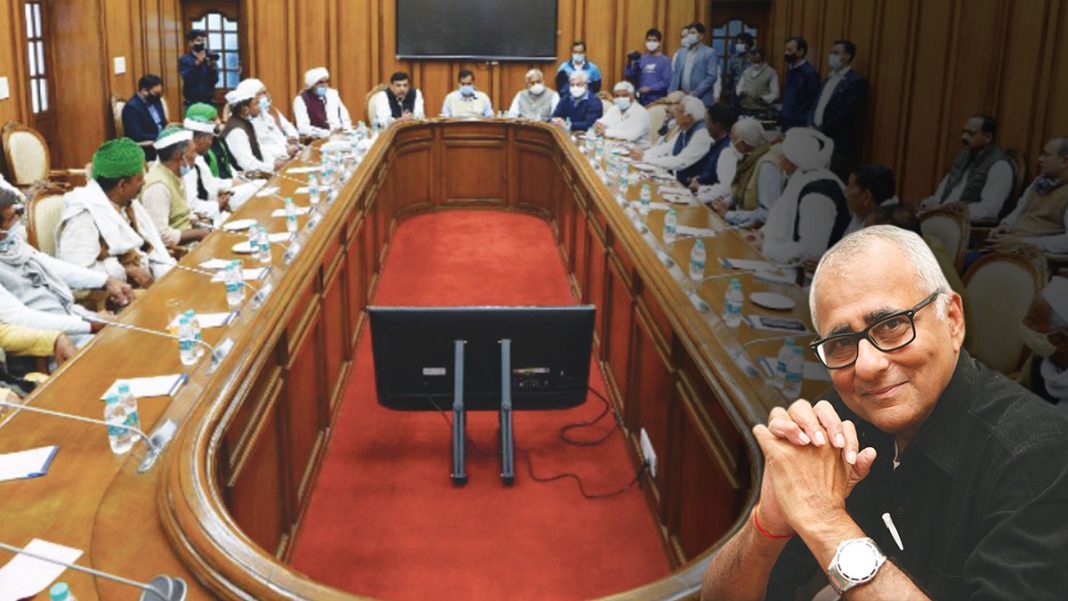 The Modi government’s legislative surgical strike on the autonomy enjoyed by the National Capital Territory Delhi has crippled all the efforts made so far by the city’s elected legislators to win maximum self governance.

Capping the sentiments expressed by all governments — including the BJP — in favour of devolution of maximum power to the democratically chosen legislators to control the police and bureaucracy, was the open warfare between Chief Minister Arvind Kejriwal and the lieutenant governor who represented central authority.

The bitter war seemed to have ended with a final call from the Supreme Court that seemed a fair and calibrated denouement acceptable across the political spectrum.

It  said the lieutenant governor of Delhi had no independent decision-making powers and was bound to follow the “aid and advice” of the Delhi chief minister-headed council of ministers on all matters except those pertaining to police, public order and land.

But the most recent bolt of lightning aimed at derailing this verdict has once again created political turmoil that threatens to turn into a constitutional crisis. There is also widespread speculation on how the apex court will react to legal challenges to the thunderbolt legislation.

In order to remind readers of the Supreme Court’s mood and words, and place the controversy in perspective, I will summarise its powerful verdict of July 2018. It was fair. It was unequivocal.

A leading lawyer then tweeted: “I hope every politician in the country reads all three judgments. Had it come two weeks earlier the chief minister (Kejriwal) would not have to sleep on a sofa at the lieutenant governor’s residence waiting for an appointment.”

The observation was right on the mark. The three judges— Chief Justice Dipak Misra and Justices  DY Chandrachud and Ashok Bhushan— as part of a wider constitution bench, had finally spoken in concurring voices on the vexatious subject of governance of the nation’s capital which has been hobbled, indeed choked, by a power struggle between elected governments and the titular administrative overseer who represents the president of India.

It involved the interpretation of Article 239AA of the Constitution. This Article defines the special status of Delhi and the administrative chain of command that is involved in running a territory which has an elected government, but is not fully a state.

In 533 pages and more than 1,20,000 words, the size of two regular novels, the judges, even though prolix to a fault at times, delivered what will surely go down as a magnum opus on constitutionalism, referring repeatedly to “constitutional morality”.

The judgment will be placed squarely in the league of landmarks such as SR Bommai and Kesavanand Bharati. In its bare essence, what the three judges delivered from their mount in the Supreme Court chamber was a sermon to India on the requirement of decency, good manners, conviviality and above all, an abiding faith in and respect for the rule of law, to govern a republic gifted to us by our founding fathers.

One message resounded throughout the three judgments. While the L-G had a role to play, he could not assume the executive powers and privileges accorded a viceroy. The judges did not clip his wings; they informed him, instead, that he did not really have the wings he was trying to use, another metaphor for an emperor without clothes.

In that sense, it was what American legal pundits call a “strict constructionist” judgment, a conservative approach rather than a display of activism or judicial overreach.

The Supreme Court did not give the Kejriwal government any more powers than it already has; nor did they take away any powers that are delegated to the L-G. It stuck to explaining and sifting through the language and intent of Article 239AA.  They made it amply clear that the voters of Delhi cannot be denied representative and participatory governance because of politically motivated obstructionism by the L-G whose role was consultative in nature and that he should usually be bound by the advice of the elected government.

In other words, the L-G is an agent of the Constitution and not of any political party at the centre. And the Delhi government is a constitutional entity that cannot be trifled with because it has the mandate of the people. And in laying out these fundamentals, the Court went back to basics, often in stirring prose, delivering a civics lesson to the powers that be on the importance of the social contract that produces a democratic republic: the inerasable sovereignty of the people; the popular franchise through which they surrender or suspend their rights in exchange for good governance and services; their right to good governance and their power to unseat a government that does not respect their sovereignty or which is unaccountable or opaque.

The abrogation of this contract is anarchy, the Court has reminded the nation through this judgment. Here are excerpts which go to the heart and spirit of this judgment that gave Delhi back to where it constitutionally belongs—its citizens:

Justice Chandrachud: “(Founding father B.R. Ambedkar) also invoked John Stuart Mill to caution the nascent Indian democracy of the perils of personifying institutions or laying down liberty ‘at the feet of even a great man, or to trust him with power which enables him to subvert their institutions’. In Dr Ambedkar’s words: In India, Bhakti or what may be called the path of devotion or hero-worship, plays a part in its politics unequalled in magnitude by the part it plays in the politics of any other country in the world. Bhakti in religion may be a road to the salvation of the soul. But in politics, Bhakti or hero-worship is a sure road to degradation and to eventual dictatorship.

“There is no independent authority vested in Lieutenant Governor to take decisions (save and except on matters where he exercises his discretion as a judicial or quasi-judicial authority under any law or has been entrusted with powers by the President under Article 239 on matters which lie outside the competence of the Government of NCT.”

Justice Bhushan: “The duty of observance of 1993 Rules and other statutory provisions lay both on Council of Ministers, Chief Minister and LG. All have to act in a manner so that the administration may run smoothly without there being any bottleneck. The object and purpose of all constitutional provisions, Parliamentary enactments and the Rules framed by the President is to carry the administration in accordance with the provisions in the interest of public in general so that rights guaranteed by the Constitution to each and every person are realised. When the duty is entrusted on persons holding high office, it is expected that they shall conduct themselves, in faithful, discharge of their duties to ensure smooth running of administration and protection of rights of all concerned.

ILNS: The Central govern...
Read more
India Legal
Did you find apk for android? You can find new Free Android Games and apps.