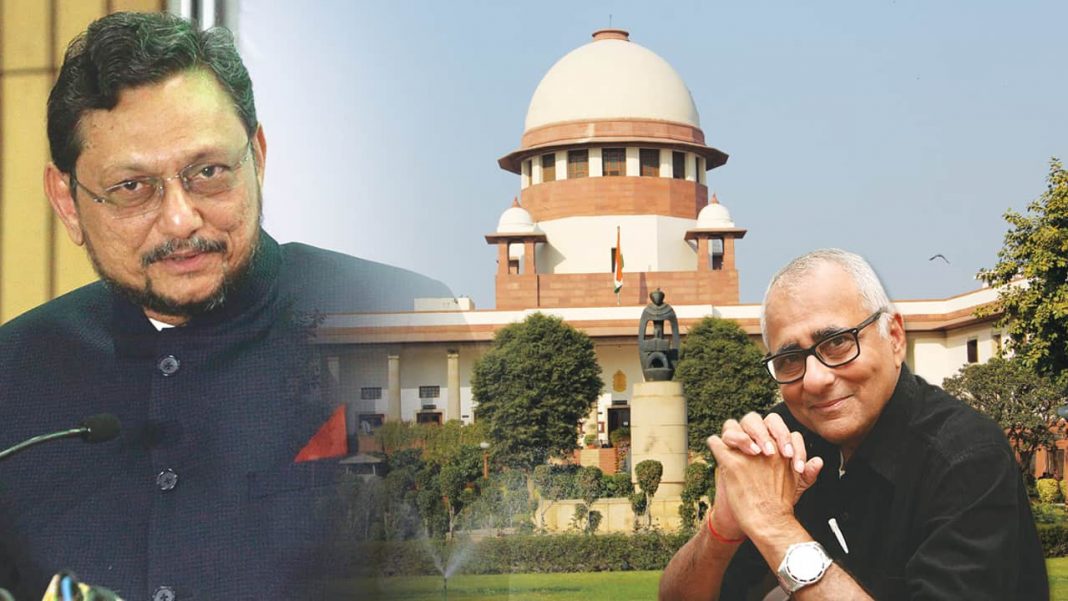 Even as the Covid conflagration rages and the nation hurtles towards an economic crisis of unfathomable proportions, controversies surrounding the judiciary continue to compete for the headlines as they have been doing for the last several weeks.

As India Legal reports in its comprehensive cover story package this week, the focus is once again on the Supreme Court with the soft-spoken and erudite Justice NV Ramana, next in line to become chief justice of India, weathering a storm created by allegations of misconduct made by a serving chief minister. The news is ubiquitous and hardly needs repetition. It is also sensational and mischievous with the potential of creating systemic havoc in the entire judicial system on which India’s people depend for their participation in the rule of law.

The gist of it is that in an unprecedented assault on the senior judge, Andhra Pradesh Chief Minister YS Jaganmohan Reddy has publicly accused Ramana of intervening in legal matters to protect the interests of a political party and its president when he was a judge of the Andhra High Court.

This editorial is not just about Justice Ramana or the ad hominem charges levelled against him and his family. It is equally about the duty and responsibility of Chief Justice of India, Sharad Arvind Bobde, to stand like a shield not only to safeguard the honour and reputation of a brother judge but also to protect the institutional integrity of the highest forum of justice in the land.

The attacks on the Supreme Court and individual judges, alas, have snowballed during the last six years and the benches, strong and invincible as they may look from the outside, have preferred caution rather than aggressive responses. The assaults have come from three sources insiders like the former Justice, Jasti Chelameswar, who figures in our cover story, and others who were once an integral part of the same “flawed” higher judiciary; outsiders like the irrepressible Prashant Bhushan and politicians and ministers from all parties. Their aim, more often than not, is not to point out flawed judgments or administrative failures, but rather to weaken the judiciary and bend it to their own narrow interests by mounting personal attacks through the captive or the social media which can be a devastating weapon of disinformation against a judge who cannot mount a counterattack on the same platform.

And the history of the last few years has shown that personal attacks on Supreme Court Justices seem to intensify when they are most vulnerable especially if they are in line to succeed to the top post. It is the tried and tested dirty trick to first weaken a successor king and then be more easily able to control him after he ascends the throne.

And the Supreme Court has not been immune to serious blows and allegations from within and without. Even before he participated in the infamous “judges’ public mutiny” against CJI Dipak Misra, Justice Chelameswar was adept at striking from the inside as he did in his letter to iconic CJI TS Thakur in September 2016, asking for release of hitherto confidential Collegium meetings and then refusing to attend the meetings of the august body responsible for appointment and promotion of judges. And he was the lone dissenter in the previous year’s Supreme Court verdict striking down the National Judicial Appointments Commission that would seriously have eviscerated the independence of the judiciary.

Actually, it has been open season on Supreme Court Chief Justices Justice HL Dattu had corruption charges levelled against him; Justice JS Khehar faced serious flak for his handling of Collegium matters and the handling of the complaint of Dangwimsai Pul against judges of the Supreme Court based on the “suicide note” of Kalikho Pul, Arunachal Pradesh chief minister; Justice Dipak Misra faced the wrath of “insiders” and “outsiders” stemming from the “judges’ mutiny” and then the impeachment drive.

Then came the brouhaha over whether the system followed by the Court in giving a clean chit to CJI Ranjan Gogoi by a panel of three Supreme Court judges two of them women before which the employee who accused him of sexual harassment refused to appear to tell her story because she, for various reasons, believed the system was loaded against her, was the proper way to conduct the inquiry. Or whether CJI Gogoi was following the precepts of natural justice in summoning an emergency suo motu hearing in the presence of the attorney general in which he proclaimed his innocence and condemned the complaint as a conspiracy. Even the sitting Chief Justice SA Bobde wasn’t spared by Twitter trolls for riding a motorbike.

Does the system, it is widely being asked, support a culture of impunity for Supreme Court judges? Are they immune from the rule of law and its overarching majesty? How can they be held accountable? And herein lies the rub. The system has deliberately skewed the burden of proof in favour of judges because they cannot be made sitting ducks for any party with a vested interest to take potshots at.

And this is precisely what is happening in the current scenario. After all, Jaganmohan Reddy is the pot calling the kettle black. He has served time in jail for corruption. And yet, he is today occupying a public platform from which to hurl serious accusations at the next chief justice of this land.

The question most observers are struggling to answer is that if an in-house inquiry in which a CJI can choose the judges who should judge a complaint against him is an incestuous exercise, then would not a system in which outsiders are automatically appointed by some other branch of government for the same purpose encourage the filing of spurious complaints motivated by political opponents of a particular judge or his judgments? This would be a fatal blow to the independence of the Supreme Court and the judiciary as an institution. It is no solution.

Nonetheless, it is a time for reflection. Upholding the independence, integrity and honour of the Supreme Court as an institution is a priority. The judiciary, civil society, legal scholars, retired judges. think tanks and the political class must come together on a common platform to devise a systematic approach in which adhocism, favouritism and impunity are kept at an arm’s length, through the lawful creation of an arrangement and structure which are fair, impartial, just, constitutional, and safeguard the separation of powers.

When Justice Dattu was asked about the controversies surrounding him, he answered:

“I can only say that as a judge I need to only answer my conscience, my guru and my God. Judges need not be bothered about what others say about them.”

True enough as a moral precept. But CJI Bobde also faces a practical challenge. His brother judges are vulnerable today to blackmail, media trials, Twitter gossip and press conferences. The solutions do not lie in token one-rupee fines but in balanced and calibrated action. The words ring truer than ever: “If we don’t hang together, we’ll all hang separately.”