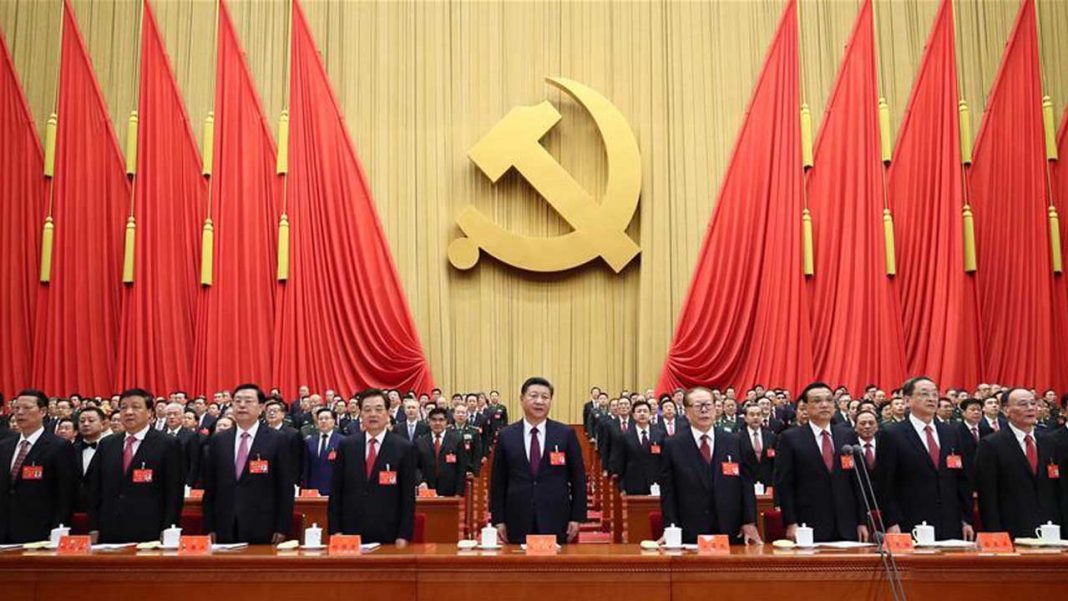 Even while the Covid pandemic was in the making, China lit too many fires in global politics, negating the effectiveness of its propaganda blitz across the world, so crucial to President Xi Jinping’s survival

Have China’s efforts to regain its loss of credibility in the wake of its clumsy handling of the information on the Covid-19 virus outbreak from Wuhan in December 31, 2019 (actually according to the medical journal Lancet, it was first noticed on December 1, 2019), failed? It would seem so as the latest Pew Research Center report released on October 6 indicates that negative perceptions on China have risen sharply in many countries.

The results of the survey of 14,276 people conducted in 14 countries showed that a majority of the people had an unfavourable view of China. The negative views scored 81 percent in Australia, 74 percent in the UK, 71 percent in Germany and 73 percent in the US. That whopping 78 percent of the people say that they don’t trust President Xi Jinping should be of concern to the leader out to create a new world order and realise his Chinese dream. If the survey had included India, probably the results would have been even more damaging for China, after the PLA’s unfinished adventurism in Ladakh.

President Donald Trump called it the “China virus”, driving China into a frenzy, and the name seems to have stuck, with many still calling it the “China virus”. Thoroughly miffed, China is doing what it does best—coordinating State policy with propaganda to disturb, distract and deviate from the corona narrative, through its well-oiled State media apparatus. It is a mix of choking social media by using bots, arresting journalists, including 13 foreigners, to control the media outflow from the country, and flooding the global media with stories to present a favourable view of China.

On May 4, 2020, Twitter announced that it had deleted more than 1,70,000 accounts tied to a Chinese State-linked operation that were spreading deceptive information around the world on Covid-19, political dynamics in Hong Kong and other issues. Around 25,000 of the accounts were described as the “core network”, while around 1,50,000 accounts were amplifying messages from the core groups. This is Jinping’s propaganda machinery in action around the world.

Even while the Covid pandemic was in the making, China lit too many prairie fires in global politics—PLA fighters threatening Taiwan, pushing India-China relations to a point of no return, bringing to a boil the year-long confrontation with the people of Hong Kong and giving a new incentive for the Indo-Pacific strategic initiative of four nations. Collectively, they negated China’s counter-narrative on Covid; so the jury is still out on the effectiveness of China’s propaganda blitz across the world. It is crucial for Xi Jinping as recovery of China’s lost image may well decide his future, when the 20th National Congress of the Chinese Communist Party (CCP) meets in 2022. So, for Xi Jinping, propaganda is part of China’s power projection.

Historically, many CCP leaders have successfully used propaganda to turn the tide in their favour. During the Long March in October 1934, Mao Zedong gave out the first concepts of propaganda to win over people’s support. He used State propaganda as the sword arm of the CCP to consolidate his control over China. After the bloody Tiananmen massacre in 1989 almost killed Deng Xiaoping’s nascent market-reforms programme, he deftly used a series of media articles to keep the conservatives from regaining control of the party.

Robert C O’Brien, US National Security Adviser, speaking in Phoenix, Arizona, on June 24, 2020, explained the role of propaganda in China.

“Propaganda plays a central political role for the CCP. Beijing’s efforts to dominate political thought are stated openly and pursued aggressively. In 1989, the party began organising itself around ‘ideological security,’ a term repeated frequently since then by CCP leaders. More recently, in April 2013, the party issued a policy on what they call the ‘current state of ideology.’ It held that there should be absolutely no opportunity or outlets for incorrect thinking or viewpoints to spread.”

Joseph Stalin set the Communist model for the use of State propaganda. He said: “The production of souls is more important than the production of tanks…. And therefore I raise my glass to you, writers, the engineers of the human soul.” China has a well organised and coordinated propaganda apparatus as part of the State, largely based on the Soviet model, refined later to global proportions by Xiaoping.

Referring to Stalin, John Ganut, Australian journalist and China policy adviser to the Australian prime minister, in his article,

“Engineers of the Soul: What Australia needs to know about ideology in Xi Jinping’s China”, says “in classical Chinese statecraft there are two tools for gaining and maintaining control over ‘the mountains and the rivers’: the first is wu (weapons, violence 武) and the second is wen (language, culture-文). Chinese leaders have always believed that power derives from controlling both the physical battlefield and the cultural domain. You can’t sustain physical power without discursive power. Wu and wen go hand-in-hand.”

This is exactly what Xi Jinping seems to be doing—controlling both battlefield and cultural domain. In his address to the 19th National Congress of the CCP in October 2017, he outlined a vision of total control, not merely for the nation’s economy, but also for culture, religion and morals, indicating the Chinese cultural influence in Chinese Communism. He said the CCP’s stated goal was to create “a reinvigorated Communist Party, backed by a strong economy and a powerful, modern military taking an even more central role in the affairs of the nation and a more confident role on the world stage.” Is this going to be the sinister face of the new world order China wants to create? It is a disturbing thought.

Xi Jinping’s thoughts are already being implemented. China’s coercive activities being undertaken in Tibet, Xinjiang and Inner Mongolia, where minority non-Han people in thousands are being put through “re-education” camps to shape their linguistic, cultural and religious identity in conformity with the State’s diktat, so that their lives are controlled by the government in all aspects. There are mandatory study sessions on Communist ideology, using smartphone apps that teach so-called “Xi Jinping Thought”, reminiscent of Mao’s Red Book. Outside sources of information are banned, including foreign newspapers, Twitter, Facebook and WhatsApp. All content generated within China is censored.

“Over the past decade, the [CCP] Party has invested billions of dollars into overseas propaganda operations to great effect. The CCP has moved to eliminate ‘unfriendly’ Chinese language media outlets worldwide, and is close to succeeding. Nearly every Chinese media outlet in the US is either owned by, or works closely with the party—and is making inroads into English language media as well. There are more than a dozen radio stations in cities across the country where Americans hear subtle pro-Beijing propaganda on their FM radio.”

Referring to China’s counter-propaganda moves on Covid-19 pandemic, he says: “Recently, Chinese propaganda persuaded so many Americans that a US soldier had brought the coronavirus to Wuhan—as opposed to Wuhan sending the virus to the rest of the world (a complete fabrication by the CCP) that this soldier and her family needed a personal security detail to protect them from death threats. This situation occurred in Maryland.” One shudders to think what would have happened if one of hundreds of Indian scholars studying in Wuhan had been put through a similar situation.

The US Justice Department had been keeping a watch on the activities of China Daily, the State-owned daily, in the country. In the midst of growing concerns about the Chinese use of US media for grey propaganda, documents filed by China Daily with the Justice Department revealed that the China’s State-owned newspaper had paid $19 million to American media in the last four years.

The list included prestigious newspapers and journals—The Wall Street Journal ($6 million), The Washington Post ($4.5 million), Foreign Policy Journal ($240,000), The New York Times ($50,000) and CQ-Roll Call ($76,000). China Daily spent $11 million in advertising in prominent US newspapers in addition to paying $7.6 million to six prominent dailies, including the Chicago Tribune, Los Angeles Times and The Boston Globe for printing its own paper. Los Angeles Times was reported to have received $657, 523 for printing services. In 2018, both The New York Times and The Washington Post published a sponsored news item titled, “Belt and Road align with African nations”.

In a democracy, apparently there is nothing wrong in publishing paid advertorials from any source. Media does it all the time. And this is what The Hindu, one of the highly respected newspapers in the country, did. In the thick of the India-China armed forces’ eyeball-to-eyeball confrontation, it published in its print edition on October 1 a full-page advertorial on China’s national day, lauding China’s achievements. The same privilege would not be extended to India, if it wants to publish its write-ups in Beijing. So, it is for responsible newspapers to take a call on publishing such advertorials because in a democracy, unlike in China, they are the masters of what they choose to tell the people.

Tailpiece: Nearer home, since the “golden week” holiday for National Day began, the PLA’s Tibet military region has posted several videos of high-altitude training involving the mobilisation of armoured troop carriers, tanks and personnel on its official Weibo account. In the latest video, PLA troops on a border patrol are seen sharing moon cakes, a traditional pastry, in Ngari prefecture, in the westernmost part of Tibet, in “disputed border” zones. Holding a Chinese flag, troops shout: “I am here to protect the border! To the country, and to the people, please do not worry!” In fact, it is a counter narrative of the Chinese propaganda to a video from China that surfaced some time back. It showed newly-trained young PLA soldiers crying on being sent to the Indian border region in Tibet, which was gleefully splashed across Indian media.