Too Little, Too Less

Development of infrastructure has been hampered by fund crunch and under-utilisation. Will the SC’s e-court project, which has been on for 18 years, make a difference to the crumbling state of affairs? 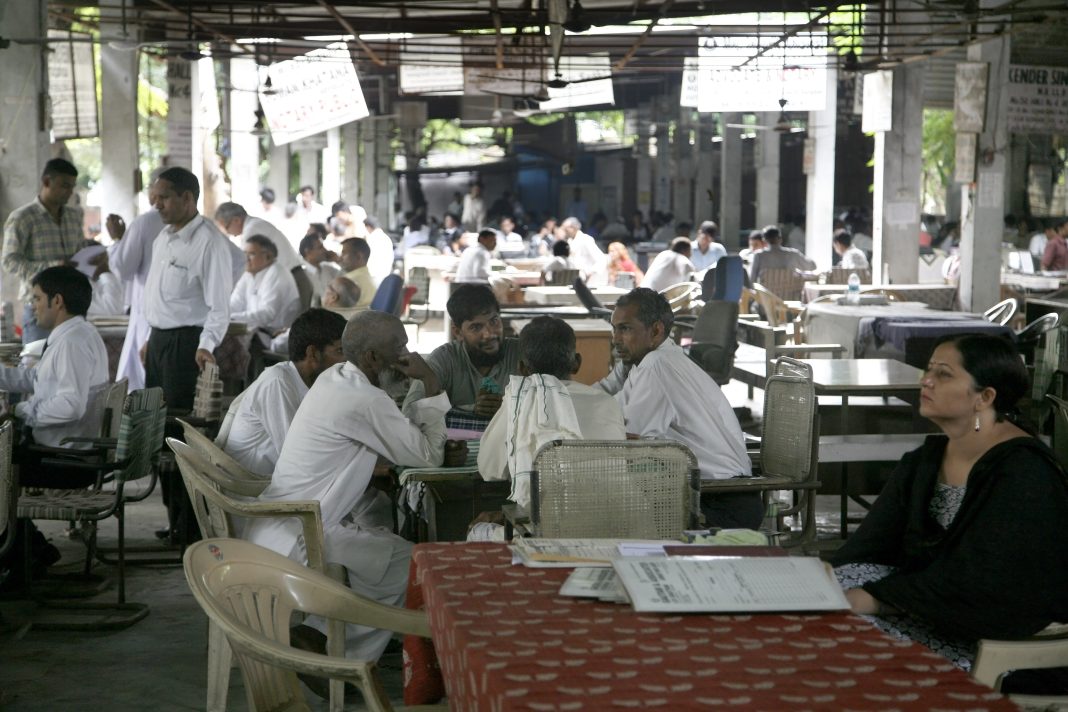 Chief Justice of India (CJI) NV Ramana recently lamented that available resources are not being put to maximum use to upgrade judicial infrastructure in the country. His comments have once again brought into sharp focus the shortcomings of the system.

The woes of a rickety judicial infrastructure have always been the bane of the judiciary. Pendency, lack of adequate courtrooms and facilities and inadequate online substructure have heavily impacted the justice delivery system. India has a mammoth judicial structure and expectations are high that justice to the needy will be delivered fast. But the wheels of justice turn exceedingly slow, and oftentimes, justice is delayed and hence, denied.

In October 2021, the CJI recognised the need for a centralised system to overhaul the judicial infrastructure and make it more in tune with the needs of the digital times. He, therefore, suggested the setting up of the National Judicial Infrastructure Authority (NJIA) of India. He had rightly envisaged that financial autonomy was the first step in the creation of an organisation which is utilitarian, modern and state-of-the art.

The observations of the CJI are relevant in view of the ramshackle state of the infrastructure. As soon as he was sworn in, in pursuance of the mission to set up NJAI, his office conducted an all-India survey of 6,000 trial courts in various states. The results were dismaying. Inter-alia, around 100 court complexes did not have a washroom for women. Ten per cent courts did not have access to proper internet facilities.

Also Read: Supreme Court expresses happiness over steps taken by the Centre for evacuation of Indians stranded in Ukraine

Upgradation of virtual infrastructure of courts is an ongoing project. The e-committee of the Supreme Court was established in 2004 via an order of the Ministry of Law and Justice in pursuance of a proposal received from the then chief justice. The e-committee is the governing body charged with overseeing the e-courts project. This project is a pan-Indian initiative monitored and funded by the Department of Justice, Ministry of Law and Justice. The current e-committee is chaired by Justice DY Chandrachud.

It’s almost 18 years now since the efforts to install and upgrade the virtual infrastructure of the courts began. Phase I stretched from 2004 to 2015; Phase II is in the process. Phase III is yet to start, though the roadmap is in the public domain for about a year now. This roadmap envisions a judicial system that is more accessible, efficient and equitable.

According to the blueprint for Phase III:

“It envisions an infrastructure that is natively digital. Phase III will enable any litigant or lawyer to file a case from anywhere, at any time, without having to go to multiple windows in the premises of any specific court. It seeks to create a reality in which lawyers and litigants can effectively plead their cases with certainty of hearings, and judges are able to adjudicate fairly, through optimal digital and physical hearings’’

Deepika Kinhal, senior resident fellow at VIDHI and a member of the sub-committee of the Supreme Court e-committee, has been involved in the architecture of the roadmap of Phase III. She said:

“While there has been tremendous progress in the digital infrastructure, courts and litigants are yet to derive full benefit from it. This is because the adoption of the new systems and services has been low. There is a need to re-engineer key judicial processes to ensure that technology increases efficiency rather than becoming an added burden. Right now, both document based processes and digital processes are being followed in parallel. This increases inefficiency and costs. Therefore, the focus in Phase III should be on having better governance and adoption frameworks so that the issues of Phase I and II are not repeated.”

One of the primary reasons for the infrastructural lag in trial courts is the lack of funds or their improper utilisation, a fact stressed by Justice Ramana Sample this: Of a total of Rs 981.98 crore sanctioned in 2019-20 under the Centrally Sponsored Scheme (CSS) to states and Union Territories for development of court infrastructure, only Rs 84.9 crore was utilised by a total of five states, leaving 91.36% funds unused.

Kinhal said: “At present, there is no coherent mechanism to deal with the infrastructure needs of the judiciary. It comes under the Centrally Sponsored Scheme but our report finds out that the Rs 7,460-crore (between 1993-2020, the centre had released this amount to states to spend on improving district courts) sanctioned for judicial infrastructure has not been implemented because of problems at the state level. This requires coordination with multiple authorities within the government.”

While High Courts do have the power to sanction district courts and related infrastructure, decisions with regard to the allocation of land and permission for the complex are undertaken by state governments in consultation with the respective High Courts. This is a tedious and time-consuming process.

“The funding issue has been in existence for a very long time. Sometimes, even when the funds are allocated, their proper utilisation is affected because of the project-specific nature of funding, and the most important project at hand is starved of funds. Therefore, proper utilisation of funds by the drawing and disbursing officers is of utmost importance. Authorities allocating them should always ensure that the funds are properly utilised and monitored on a periodical basis.”

The current fund-sharing pattern of the CSS stands at 60:40 (centre:state) and 90:10 for the eight north-eastern and three Himalayan states. Union Territories get 100% funding. However, the basic reason for fund crunch is pruning of CSS by 70%. The states have also trimmed their contribution by 30%.

“Judiciary across the board seems to be keen on continuing with the hybrid mode of functioning. To that extent, I don’t think the investment made during Covid-19 will go waste. There is a need to create a streamlined system for procurement of digital infrastructure for the judiciary which caters to the evolving requirements across states. Else, there is a risk that some states will get left behind and some may incur more costs than necessary.”

Though virtual sessions are not a new phenomenon in courts, there exists a great digital divide and digital illiteracy which needs to be overcome. Hence, imparting training to advocates on basic digital usage and e-court services is a must. Duggal asserted: “Judicial training and reorientation has to be the number one priority in the context of the march of the judiciary towards complete digitisation and the handling of virtual or electronic data. Enhancing capacity building in this new technological paradigm means that judicial personnel would need to be constantly trained not just on issues pertaining to the digital format but also to electronic evidentiary aspects.”

The next crucial step is to impart training to law students on digital literacy. Kinhal said that

“there were training modules and trainers for Phase I and II of e-courts. However, the adoption rates are low. Therefore in Phase III, there should be a dedicated ‘Change Management Framework’ which will look at increasing adoption levels, creating feedback loops along with a grievance redressal mechanism.”

Clearly, it is a long road ahead and judicious use of funds and technology can go a long way in ensuring success to the e-court mission and enhancing physical infrastructure. However, the government should release funds due to the judiciary so that balanced development is achieved. With CJI Ramana already having sent the proposal for the establishment of NJIAI to the Ministry of Law, the ball is in the government’s court to greenlight the project and give the judiciary the big push needed.