The CJI’s tenure has seen many firsts appointments to courts, more women judges and elevation of lawyers. His boldness in promoting the rule of law should also be seen in expediting adjudication of cases. 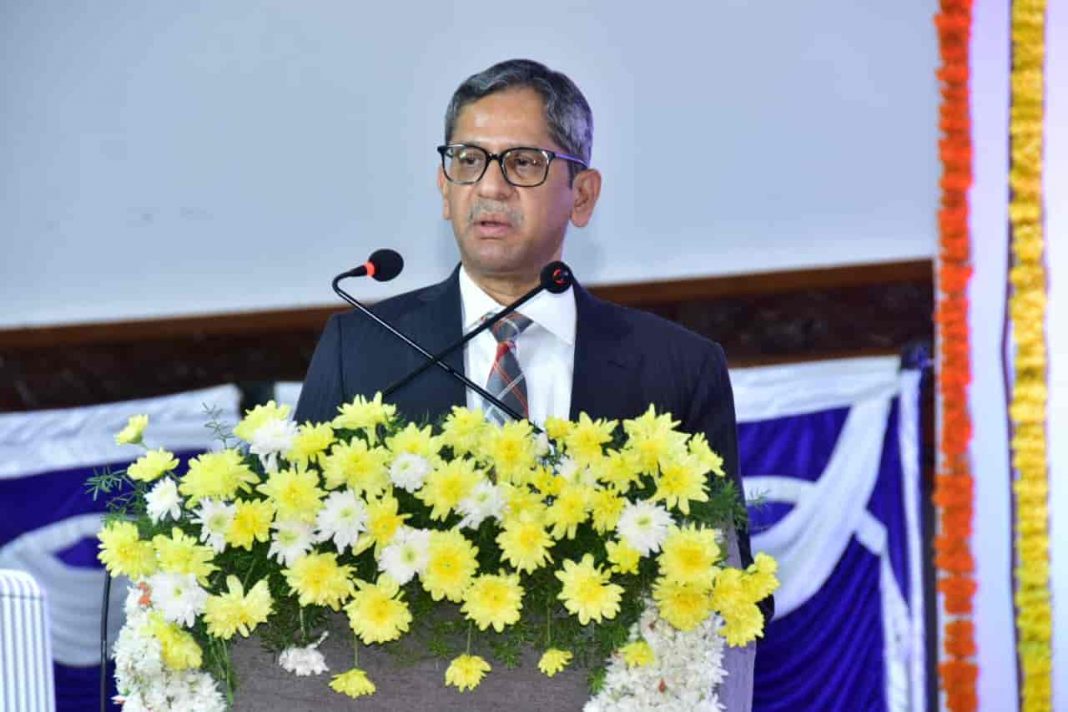 The elevation of Justice NV Ramana as chief justice of India (CJI) on April 24 has seen a welcome change in the judiciary and should lead to a decrease in pendency and more sensitiveness in appointments. He started his work with commitment to the Constitution and has been successful in completing some difficult tasks.

And most importantly, three women judges were among those appointed for the first time. One of them is likely to become the CJI if the seniority order remains undisturbed till 2027. With this, the Court has got four women judges. Needless to say, women need more representation in the higher judiciary. A senior advocate was also appointed as a judge and is likely to lead the top court after a few years.

This is a good trend, and more lawyers should be elevated directly to the Court in future as well. Now the Supreme Court has 33 judges out of its total sanctioned strength of 34.

The collegium also recommended the names of several persons for judgeship of High Courts, which are facing an acute crisis of vacancies. As of now, more than 460 vacancies of judges are lying vacant in 25 High Courts. The collegium has recommended dozens of persons for five High Courts; their cases were put on hold by the centre for a long time without giving any reasons. Despite the timeline fixed by the Supreme Court in April this year, the government did not clear their names. To expedite these appointments, the collegium asked the government to clear the names of judges soon. They took this stand to protect the collective dignity, integrity and independence of the judiciary. It will strengthen the faith of the legal community in the collegium system. The government should cooperate with the judiciary.

Another sensitive issue has been the filling up of vacancies of presiding officers and members in tribunals. The CJI has been very active here and a few days back, while hearing a PIL, he came down heavily on the Union government. He expressed displeasure about the enactment of the Tribunal Reforms Act which reduces the tenure of tribunal members and presiding officers. “It is clear that you do not respect the judgments of this court. Now we have the option to stay the Tribunal Reforms Act or close down tribunals or we ourselves appoint the people, or the next option is initiate contempt of courts act,” a bench headed by CJI Ramana said.

He also said that the judiciary did not want confrontation with the government, but the Court was deeply concerned about the level of vacancies in tribunals. This was a justified stand to save the independence of the judiciary in these trying times.

Recently, when the centre cut short the tenure of acting chairperson of the National Company Law Appellate Tribunal Justice AIS Cheema by ten days, a bench headed by CJI Ramana directed the government to allow Justice Cheema to complete his tenure. This decision protects the independence and credibility of tribunals, which are essential institutions in the justice delivery system. The government cannot be allowed to dominate tribunals and the Supreme Court is the guardian of these institutions that impart justice to the people in various areas where expertiseis required.

Unfortunately, the last three CJIs —Dipak Misra, Ranjan Gogoi and SA Bobde—have been disappointing in this regard. They failed to protect the independence of the judiciary from executive assaults and pressures and could not meet the expectations of the legal community. One former CJI did not even hesitate to accept a nomination to the Rajya Sabha just after a few months of his retirement. His nomination set a bad precedent.

Given the above discussion, CJI Ramana has continued in his mission to promote constitutionalism, rule of law and good governance in the judicial system. But more efforts are required to protect the collective interests of the judiciary. Happily, he has made the collegium functional and enhanced the strength and stature of the Supreme Court by taking bold decisions on its administrative side.

As the head of the judiciary, he can also encourage his colleagues to expedite adjudication of cases in the Court to ensure quick justice. Several important cases like electoral bonds, Article 370, farmers’ cases, CAA-NRC case, Sabarimala case, etc., are pending before the Court and need early resolution. The Court is the last hope of the common people when other branches of the state do not listen to them.

The insightful words of Justice HR Khanna come to mind: “The real test of the independence of the judiciary arises when times are abnormal when the atmosphere is surcharged with passion, and emotion when there is a brooding sense of fear when important personalities get involved, and when judicial processes are used by those in power to persecute political opponents under the garb of prosecution. At such times, it is not so much the person arraigned as the accused who is on trial, as it is the judiciary which is on trial. Such moments can well prove to be the twilight of the rule of law. It is indeed then that our allegiance to the principle of the independence of the judiciary is put to the real test. Law knows of no finer hour than when it cuts through formal concepts and transitory emotions to come to the rescue of the oppressed citizen.”