After CUET UG, the UGC has come up with CUET PG. Are these common entrance tests a way to filter out some types of students from central varsities and target the cosmopolitan mix there? 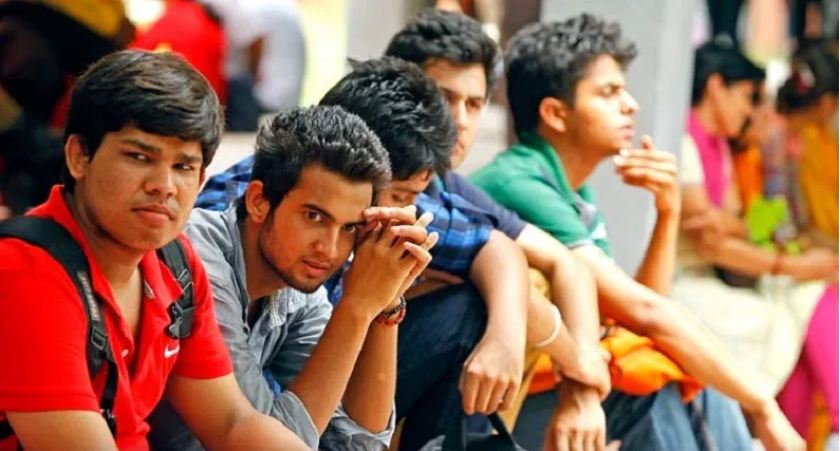 If you are one of those parents who suffer­sleepless nights due to the high percentages in Class 10 and Class 12 needed for your ward to make it to college and he/she is coasting elsewhere, the Common University Entrance Test Under Graduate (CUET UG) may offer some relief. Many generations of parents and children have suffered the trauma of going through the mindbender of high school and adolescence as the rest of the world, armed with Olympiads and mindfulness and what-not, goes gung-ho at NEETs of many kinds.

The CUET UG could be a magic shield to get into college without high Class 12 scores. The University Grants Commission chairman, Jagadesh Kumar, has said that these test scores will matter and not Class 12 marks. While the CUET UG may look like a stress releasing exercise, the addition of one more filter is not entirely free of doublespeak. What is more perplexing is the introduction of a CUET for postgraduate courses.

While the humble chameleon changes colour to blend in with the environment and protect itself against predators, the CUET seems to have a single-purpose: filter the kind of students that enter central universities, the most famous being JNU. Ironically, students of this varsity were at the barricades when Jagadesh Kumar was its vice-chancellor; now he is now at the helm of UGC.

The student population in JNU has been an eclectic mix, usually left of centre. Though that has been changing over the last two decades, it has not made a drastic dent in the elections there, which have returned the left and the ultra-left among students’ union office-bearers.

But with the constant tinkering in the admission processes like the introduction of CUET, students getting into JNU will also be those who abhor the kind of politics prevailing there and be more than amenable to the politics of development and opportunity. After all, students should study and not do politics as every troll pipes up during any unrest in JNU or elsewhere. It is another matter that the same varsity had among its students the country’s finance and external affairs ministers.

But no, JNU’s fate is sealed for now as it is seen as the haven for anti-nationals. This is especially so since JNU alumni were at the forefront of the anti-Citizenship Amendment Act protests, and many others are languishing in jail for remarks construed to be seditious. Anti-national is the word that the trolls have chiseled on the JNU crest. They also believe that in the dense foliage around Parthasarathy Rocks, JNU students live in a world of Dionysian excess, denied to many others who studied in some hinterland college and took up a trade. They are unlike the bearded jholawalas in JNU who are still studying, it being another matter that they may be doing their PhDs.

Much like the bureaucracy, the police and the lower judiciary, the hegemony of the right in JNU and other central universities will come over time, but in slow Gramscian steps over generations.

It is also the cosmopolitan mix of a central university that is the target of such a CUET PG. Once everything is centralised like the CUET, it will be a trapdoor to silence voices of dissent that have consistently risen from JNU and other central universities. Thought police, anyone?

The CUET UG gingerly steps over the language politics barrier and allows the test in both English and Hindi. But what of states like Tamil Nadu where Tamil is the medium of instruction in government schools? It is obvious that states which will not submit to this language formula will have reasons to quibble over this.

This is also a weapon against cosmopolitanism and neuters a university, a vishwa vidyalaya, from becoming a microcosm of the universe. It will turn it into the same kind of school where successive generations of the same class monopolise access to gain literacy and numeracy skills. Without dissent, without disagreement, without progress. All at ease and none to challenge.

The US has Scholastic Assessment Test (SAT) for undergraduate courses and Graduate Record Examinations (GRE) for postgraduate courses, again just one test each. The UK has GRE. Students from India and non-English speaking countries have to clear language proficiency tests to get admission in both these countries. Also, SAT and GRE are relatively low stress as their school passing out is in line with the subjects here. Also, without population stress on the admissions, the entrance tests are not complicated exercises. But India is a different beast.

With millions clearing school in one go and in multiple boards, the gate to college education becomes constricted and is open only for those with either the brains, right caste, privilege or money power, especially in private universities that cost a bomb and some splinters. This is where positions against positive discrimination get their first coat of cement, and are again relaid when opportunities arise in government jobs with caste quotas. However, the government has lateral entry for experienced professionals to get a shoo-in into positions that are out of their reach because of caste quotas.

There aren’t many mammals in the colours of the rainbow. But there are many species of birds, crustaceans and reptiles that are. The chameleon, on the other hand, is the lone reptile that switches colours. The Common University Entrance Test PG is one such chameleon and it is not easy to pin it down. And what is the point of having it?

The writer is Editor, IndiaLegalLive.com and APNLive.com