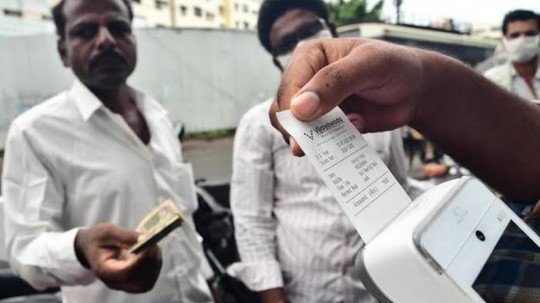 With the pandemic continuing to surge and people walking around unmasked, the Brihanmumbai Municipal Corporation has decided to file FIRs under Section 188 of the IPC. Will this curb such callous behaviour?

In an attempt to slow down the spread of Covid-19, the health ministry has passed a notification mandating the wearing of masks in public areas, with citizens facing a possible fine if caught without one. And this is precisely what happened on October 14, 2020, when the Brihanmumbai Municipal Corporation (BMC) filed its first FIR against a person for not wearing a mask. This took place in Chembur under Section 188 of the IPC, whereby action can be taken against those who violate lockdown rules under the Epidemic Diseases Act. Section 188 prescribes punishment for disobedience of the lawful orders of a public servant, especially when the disobedience results in obstruction, annoyance or injury to any person lawfully employed.

The government can also invoke Section 270, IPC, which deals with a “malignant act likely to spread infection of disease dangerous to life”. It states: “Whoever malignantly does any act which is, and which he knows or has reason to believe to be, likely to spread the infection of any disease dangerous to life, shall be punished with imprisonment of either description for a term which may extend to two years, or with fine, or with both.”

The BMC has intensified its campaign in this regard, especially in view of the fact that Mumbai is opening up and restrictions on several activities are being eased. Officials stated that wearing a mask and maintaining social distancing are vital to curb the virus spread and hence, they have been strictly enforcing it. Each of the 24 wards across the city has been given a target to penalise at least 1,000 people flouting the mask rule daily.

On October 14, M-West (Chembur) ward officials along with four police staff penalised eight offenders on NG Acharya Marg (Chembur Govandi Road). One of them was a biker with a helmet, but without a mask. His pillion rider was wearing a mask, though. When asked to cough up the penalty, Rahul Wankhede, the rider, refused to do so, saying his coronavirus test report was negative. When he remained defiant despite BMC officials trying to convince him for about half an hour, he was hauled to Govandi police station and booked for not wearing a mask.

On October 13, 2020, BMC Chief IS Chahal had held a virtual meeting with senior civic and police officials and told them to act against rule-breakers. The commissioner also asked joggers to wear masks, but did not specify details.

Medical experts say masks are not advisable while running distances of 5 km or more. The BMC has penalised over 40,000 people for not wearing masks and collected over Rs 1 crore in fines during the pandemic.

That’s not all. Shockingly, even as many nightclubs across India opened up, many guests could be seen without masks. An India Today TV expose revealed that the virus could now spread through these bars and pubs and showed that they were being flouted with impunity in Delhi and Goa. In fact, Dr Anthony Fauci, the US’ top virus expert, had warned last month: “Bars are a really important place of the spreading of infection. There’s no doubt about that. And that becomes particularly important if you happen in an area with a high degree of community spread. So those are the things that are crystal clear.”

But this risky behaviour was evident as the nightlife opened up and authorities issued standard operating procedures which prohibited serving standing customers and packing the facilities more than the 50 percent of their approved seating capacity. The expose of India Today TV found that in At Barsoom and The Record Room in Hauz Khas Village and at MNKY Houz in Nehru Place crowds were in close proximity, without facial protection. One of the guests even said: “Do you think there’s corona? Somebody in my relation contracted it and recovered. It’s not that scary. It’s not what it really is. It’s just been exaggerated.”

Of course, bars are also in a tough situation as they were closed for so long. One owner said: “Bars are not able to meet daily expenses. We are no different. From our side, we have been doing our best to follow the rules set by the government under the Covid time. We have put a foosball table on the dance floor to avoid people standing there.”

The same situation was also found in Goa, a tourist’s haven. Goa Health Minister Vishwajit Rane said on TV: “I can assure you we have already started acting. I have spoken to the CM, the home department will step in… We are going to act aggressively against these nightclubs. If required we are going to suspend their excise licences. The FDA also raided these places. AAP MLA Raghav Chadha too said: “We will definitely act. We took a calculated decision to resume socio-economic activity. We tried to strike a fine balance protecting lives and livelihood. If at all there are people violating these SoPs, the strictest possible action will be taken.”

If people take their health so lightly, Covid-19 will be here to stay.